Some things seem so glaringly obvious with the benefit of hindsight. I would never have thought of processing my own sweetcorn cobs if it hadn’t been for giving up plastic last year. Until then, I had always purchased bags of sweetcorn from the freezer aisle in the supermarket. I didn’t use it often, but it was one of those staples I liked to have on hand, for when my fridge was empty and the shops were shut.

The freezer equivalent of the tins of tomatoes that I liked to have on hand in the pantry.

So Plastic Free July came along last year, and out went plastic food packaging, and so did frozen sweetcorn. I wasn’t about to buy the tinned stuff, because it’s filled with added sugar and salt, and the tins are lined with BPA plastic. Plus I always think it has a grey tinge that fresh and frozen corn just doesn’t have, which rather puts me off.

I resigned myself to only eating sweetcorn for the month of the year when it comes into season and I could buy fresh corn cobs. Along came the season, and with it more corn than I knew what to do with. And it occurred to me that I could process my own cobs and freeze the sweetcorn, plastic free! Why this epiphany took so long to come to me I have no idea. But at least it did, as I now have a supply of frozen sweetcorn in my freezer that should last me until next season.

It still makes me smile when I think about how obvious it was.

So if you’re like I was, and have no idea how to process corn, read on. If you were on that page years ago, I hope you feel a sense of satisfaction that I have finally caught up!

How to Freeze Sweetcorn 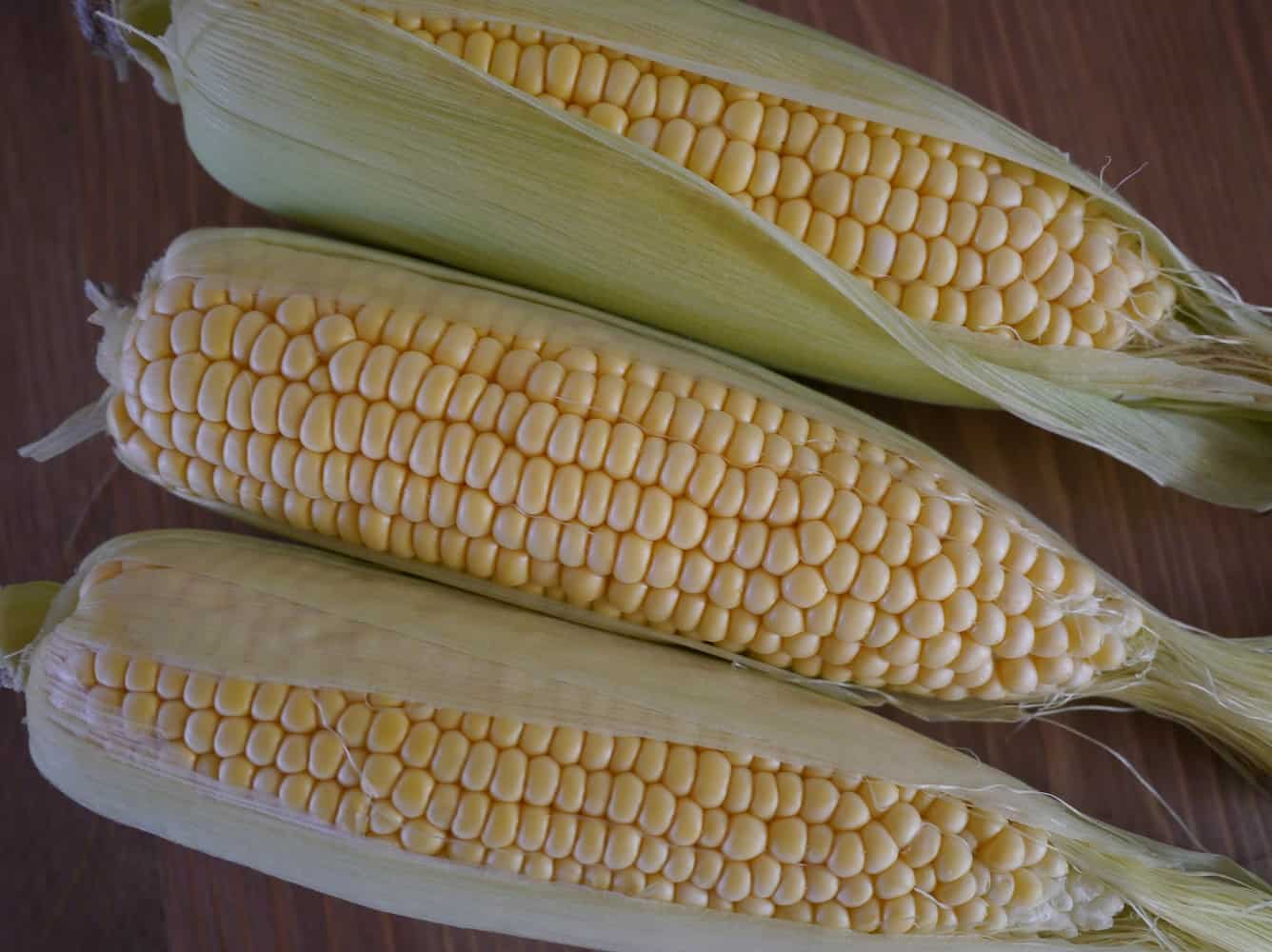 Remove the green husks and as much of the silky stuff as you can.

Place the corn in a pan of unsalted boiling water (wait until it is boiling before adding the corn) and allow to boil for 5 minutes. This is called blanching.

Remove the corn with tongs and place immediately into a bowl of icy water. This will stop them from cooking. Let them sit for at least 5 minutes, until cool to touch.

Bring the water to the boil…

To cut the kernels off, hold the cob upright and using a sharp knife, cut downwards in strips. The corn will fall off in chunks but is easily broken up with your fingers. 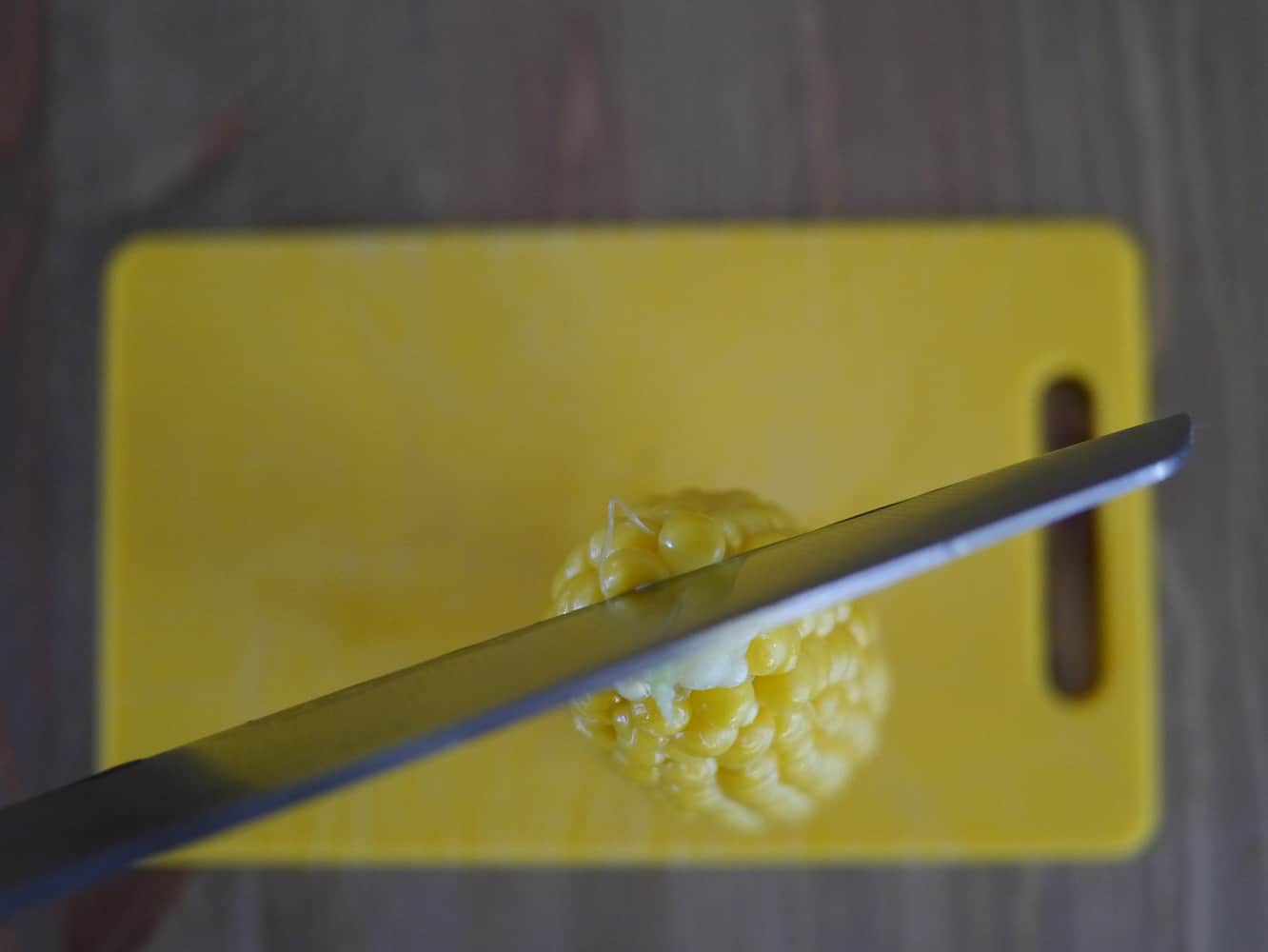 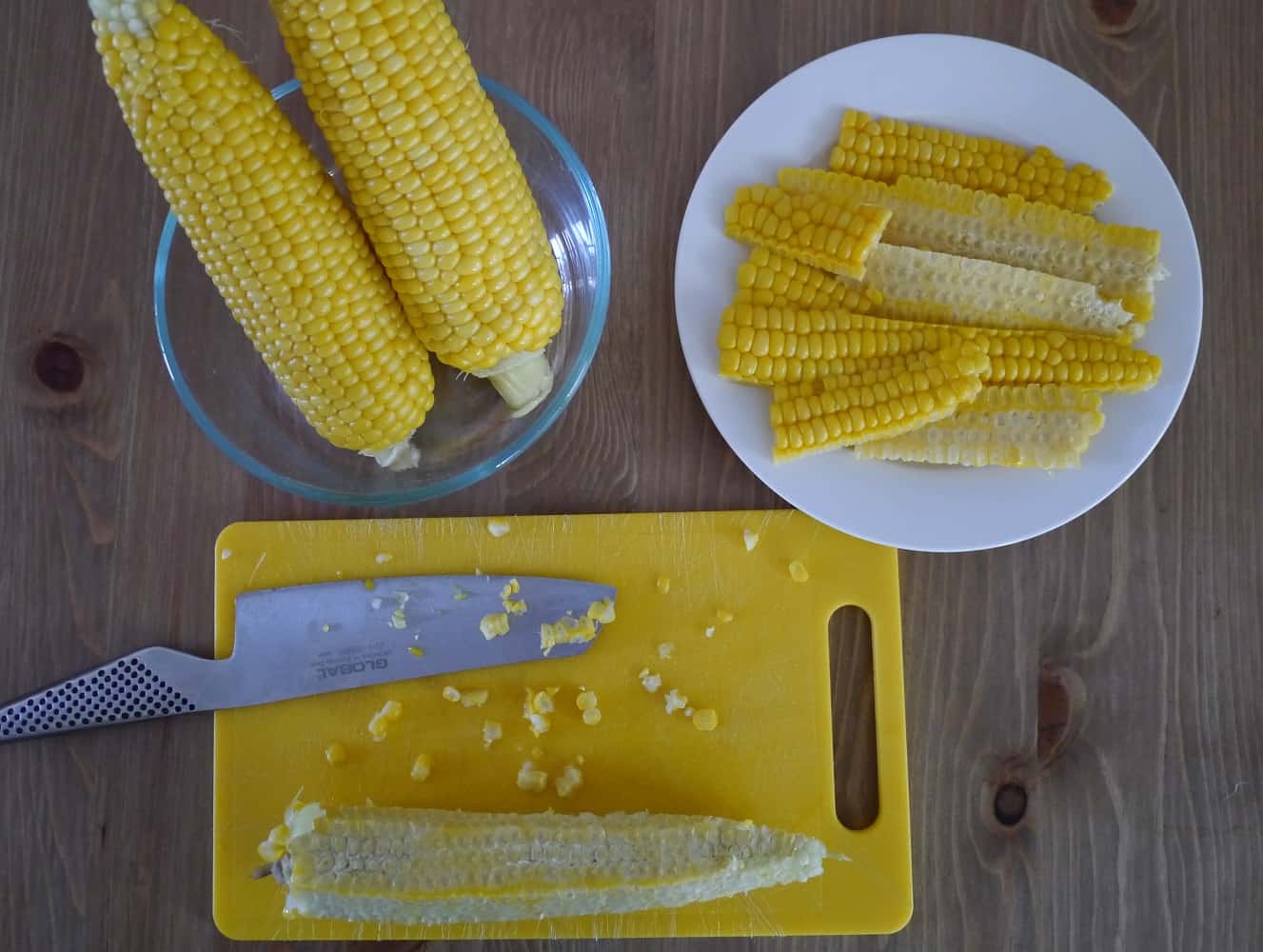 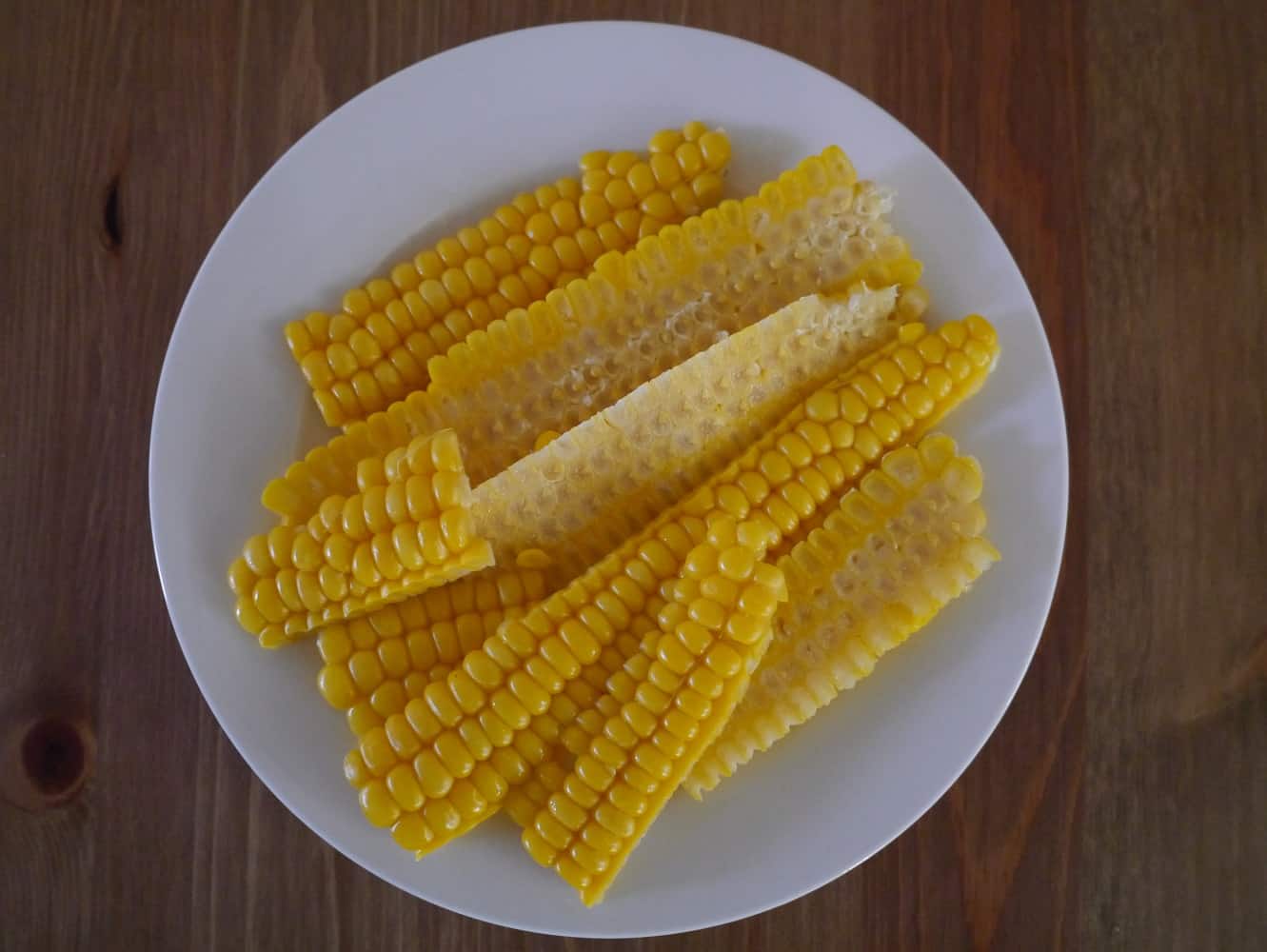 Break up any clumps with your fingers. Place in a suitable container. Try to pack the containers as tightly as possible to minimise freezer burn. 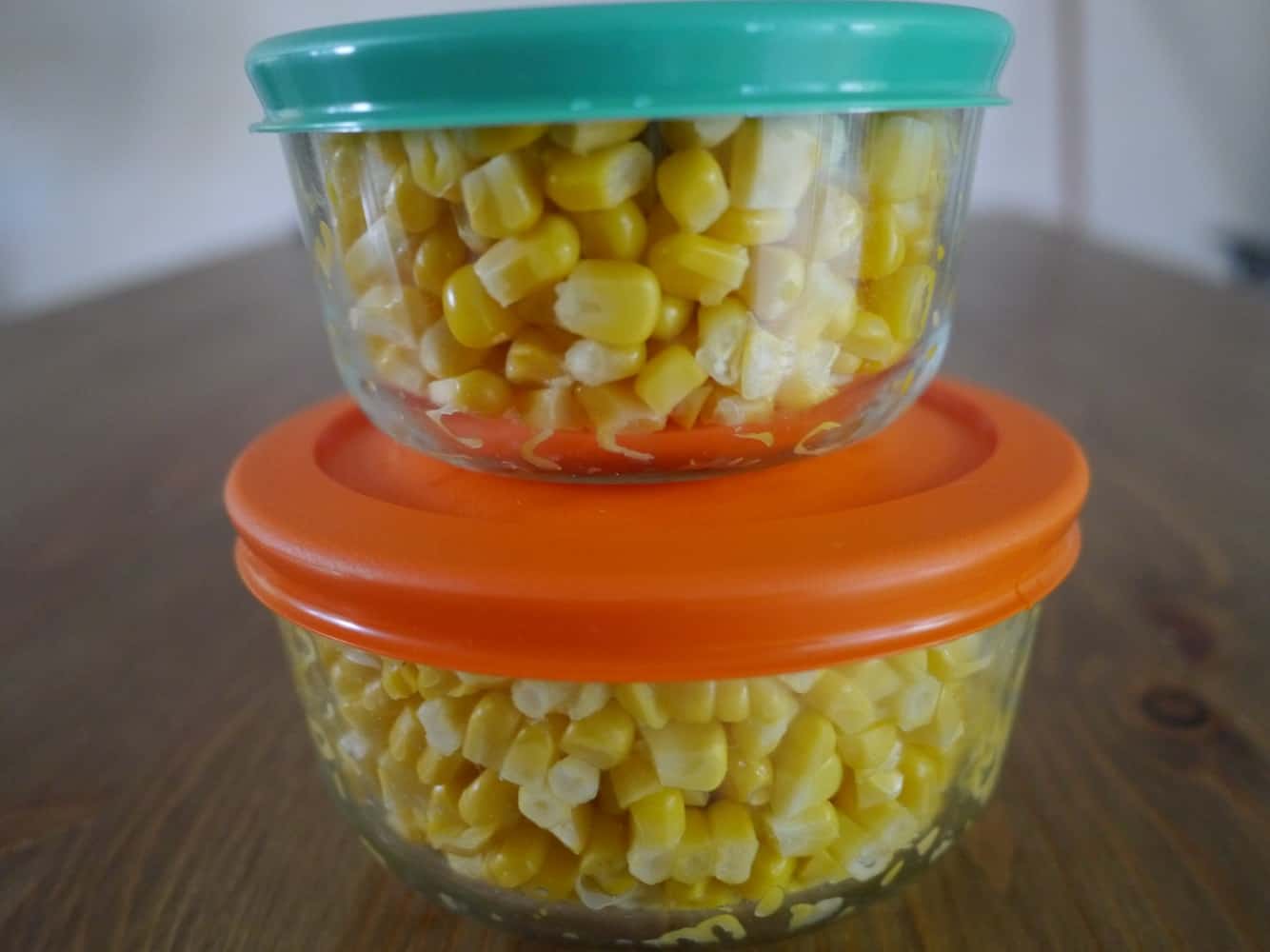 Freeze until you want to eat!