This year, I’m turning my attention to transforming my garden from lawn into (a version of a) food forest. Think fruit trees, veggies, herbs and edible natives. If you’re new here, you might not know that I moved house last October: away from my previous place with its shared community garden, to a new space… and my very own backyard.

(And front yard. And verge. So much potential.)

Any old posts you’ve read will be about that previous place. Now, I’m starting again from scratch. Almost literally, as the new garden is about a blank a canvas as you can get.

Well, if that blank canvas was covered in lawn, perhaps.

There’s a few reasons why I want to spend more time in the garden this year. Yes, gardening is fun, and yes, there is nothing tastier than food you grow yourself. But it’s more than that.

You might have heard people talking about ‘resilience’ in the face of the growing climate crisis: growing food is something that we can do to be more resilient.

Even if it’s a few pot plants on a window sill.

Knowing how to grow food is a useful skill to have, and being able to share with your community is a great way to strengthen it. That’s resilience.

Then there’s the fact that the all of the screen time and the news can be overwhelming. I felt it more and more last year, and I need to find more space to truly switch off. Gardens can be that space.

As for writing about it… Well, I think there is always opportunity to talk about gardening from a zero waste perspective: avoiding plastic packaged products and synthetic chemicals, making do, re-using and repurposing, and the best one of all: sharing.

Plus there is rarely (never?) a single right way to do something. I want to share what I do and why, and generate discussion and no doubt more good ideas!

And as I have a blank canvas, I thought it would be a good opportunity to document my progress over the year. Maybe there will be some examples of ‘setting goals and smashing them’ or more likely it will be about troubleshooting and dealing with things when they don’t go to plan. Ahem. (Which option has your vote?)

Here are the ‘before’ pictures (back yard, and front yard): 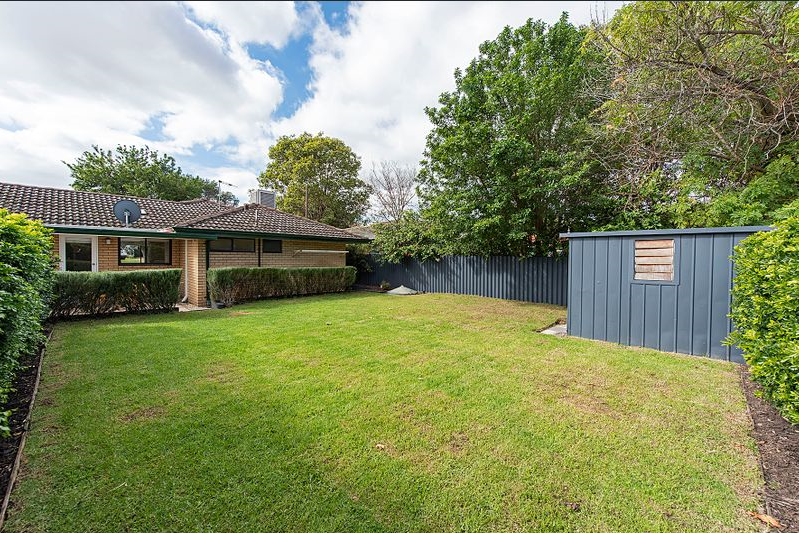 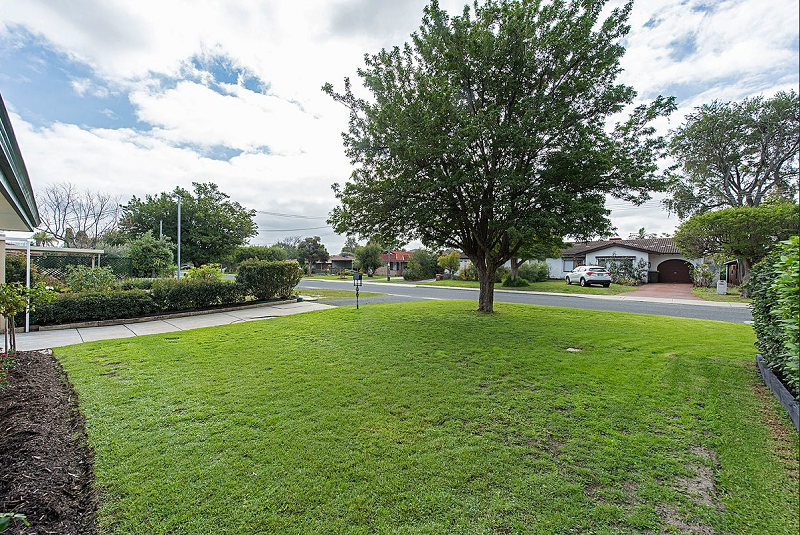 And… here’s the plan. By December, I’m going to have most of the lawn removed, some fruit trees in, a native verge and vegetables planted. That’s in twelve month’s time. I think that’s doable ;)

(Don’t worry, I’m not suddenly turning this into a gardening blog! I’m going to post an update once a month throughout the year, talking through the choices I’ve made and showing you – I hope! – some progress. There’s plenty of other things on waste, reducing plastic and sustainability that I still want to talk about. It won’t be all plants!) 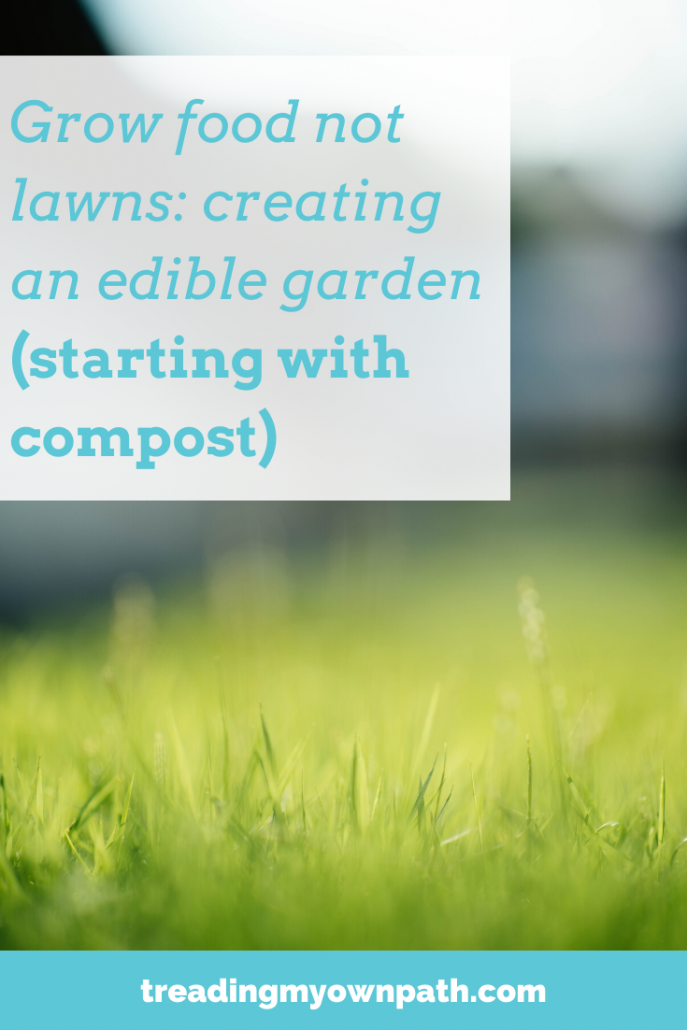 Creating an edible garden from scratch:

Month 1: starting with the soil

Soil might sound incredibly boring, but that is where I’m beginning. Not with plants, not even with plans, but with soil.

Of course, what I really want to do is go to a garden centre and buy ALL the plants (because that is the fun part of gardening). But without knowing where they are going to go, and without good soil to plant them in, any plants I plant aren’t going to thrive.

I live in Perth, Western Australia. It’s basically a city built on a giant sandpit. The grey gutless sands of the Swan coastal plain (as they are less-than fondly called) are officially among the worst in the world. Possibly even the worst.

They are also extremely old, meaning they are nutrient poor.

This is what lurks just beneath the lawn: 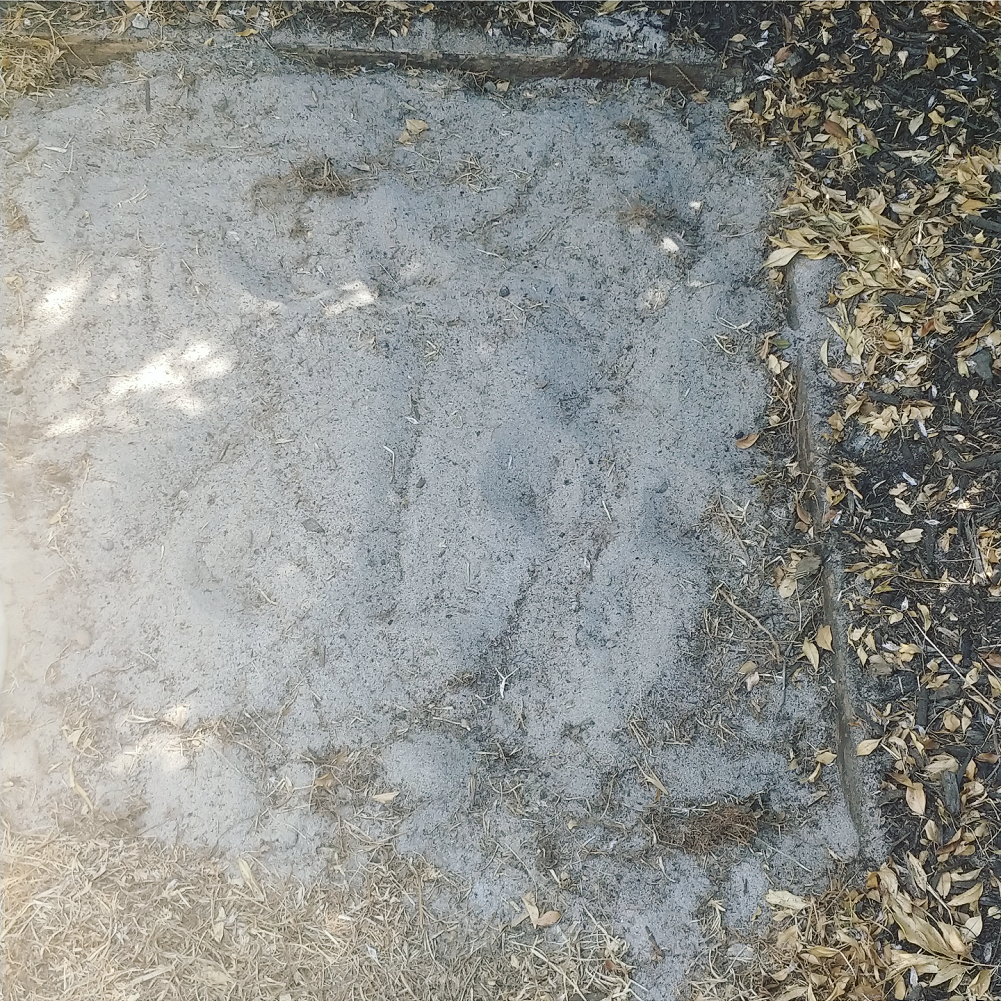 I learnt to garden in the UK. There, you could pop anything in the ground at the right time of year and it would take off. Sadly, do the same in this soil, and your plants get smaller and smaller until they disappear altogether. (Well, except the local native plants of course – but I want to grow edible Western vegetables like broccoli for the mostpart.)

If I lived somewhere else, soil might not be my priority. Here in Perth, it has to be.

(Thinking about my long term goal of creating an edible garden, it’s not that soil comes ahead of planning, but soil and compost take time to create. Starting to think about soil now means that there’s composting happening whilst the planning of where the compost – and the plants – will go begins.)

First task, set up the compost bins and fill them up.

The very first thing I did when I moved was dig in the compost bin. Before I’d unpacked much more than the kettle. There was no way any of my food scraps were going in the landfill bin!

(If you’d like tips on getting started, I’ve previously written about how to set up a successful compost bin). 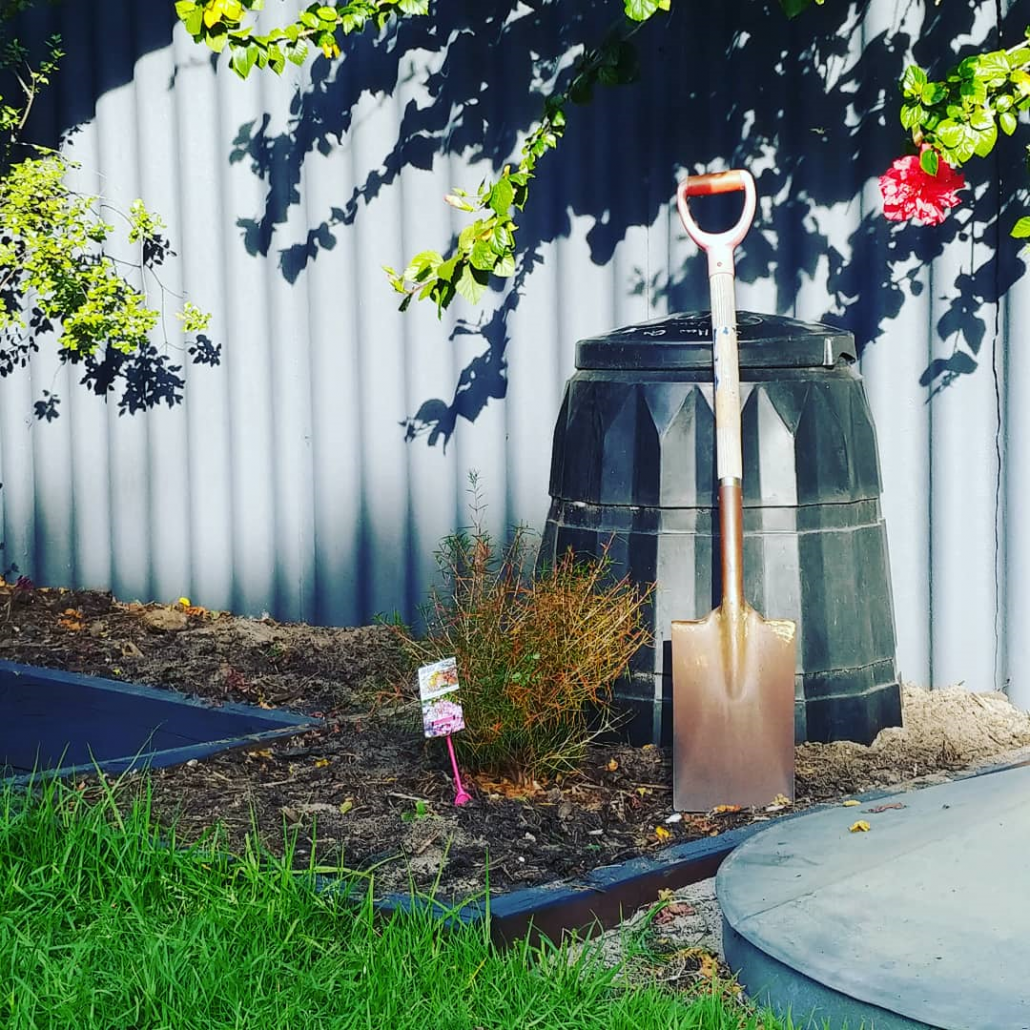 The thing about creating good soil is that you need a lot of compost.

How to create better compost, quickly:

Just putting the food scraps of two people in this bin would take forever to fill. And so, I gathered other ‘waste’ from different places to fill my compost bin.

One bin quickly filled up, and I’ve now set up four bins. Two at the back, and two at the front. The two at the front are accessible for the neighbours to pop in their excess waste. 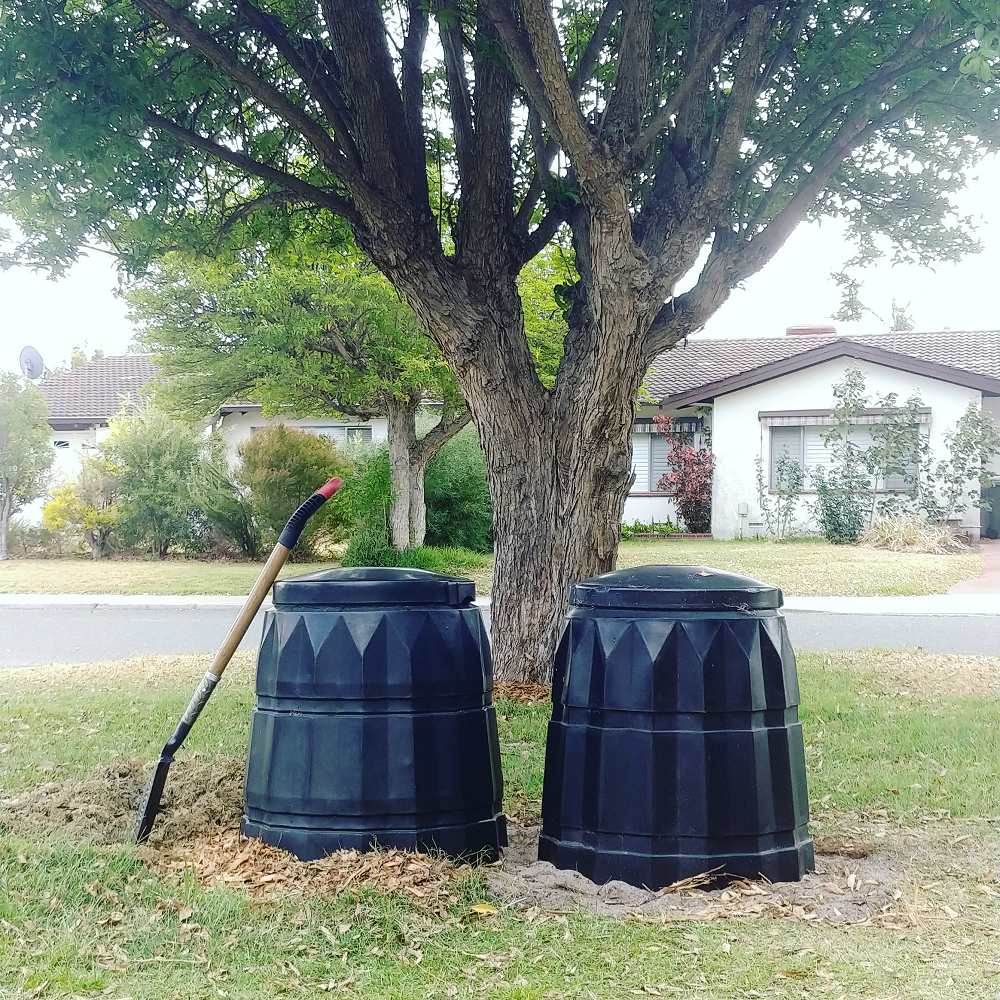 (FYI – I got all my compost bins second-hand, and three of them were free. Two were gifts, one was a score from my local Buy Nothing group and one I purchased via Gumtree.)

What’s so great about compost?

Good soil is a mix of organic matter, water, minerals, sand, clay, insects and microorganisms all supporting one another and helping plants to grow. Too much clay and the soil gets waterlogged; too much sand and the water drains away too quickly.

My soil is almost entirely sand. There’s next-to-no clay, and very little organic matter. Adding compost increases the organic matter, improves the soil structure and holds water in the soil, allowing nutrients to dissolve. It creates an environment for insects and microorganisms to thrive, and plants to grow.

If you think about nature, trees and bushes and plants are dropping leaves and small branches all the time. These leaves sit above the roots and break down (compost) in situ. They protect the soil from the sun, and trap moisture when rain falls. Animals come to eat berries and add manure to the tree roots. That’s composting, the way nature does it.

And if you think of most urban gardens, there are very few trees. If any leaves drop, they are usually raked up and not allowed to return to the soil. Lawn might look green – although it takes a lot of water and nutrients to keep it that way – but underneath, there’s not much going on.

Compost bins are replicating and speeding up what happens in nature, and providing that same resource to be added to the soil. With compost that we create ourselves, we get to choose where it goes and how we use it.

Compost does add nutrients to the soil, but it tends not to be nutrient-rich (most bags of compost will have slow-release fertilizer added for this reason). You only get out what you put in – so if your compost is made up of shredded paper, dry leaves and grass clippings, it will be teaming with life (microbes and insects) but won’t be high in nutrients.

This is fine when you’re growing flowers, or plants that don’t need a lot of nutrients, but isn’t so great for ‘hungry’ plants like vegetables – especially if you’d like a good crop.

If you’re composting food scraps, coffee grounds and adding seaweed and manure, it’s going to be better – but with the hungriest crops there may still be a need to add more nutrients (especially in nutrient-poor soils like mine).

For now, I’m not worried about the specifics of the soil. I haven’t planned exactly what I’m planting where, so my compost is for the basics: adding carbon, retaining water, and supporting life.

Up next: planning out the garden (and designing for the climate).

Now I’d love to hear from you! Do you have compost bins, and how do you use your compost? Do you utilize any interesting ‘waste’ when filling up your bins? Do you live in Perth and struggle with overcoming the sandpit? Anything you’d like to know more about? Please share in the comments below! 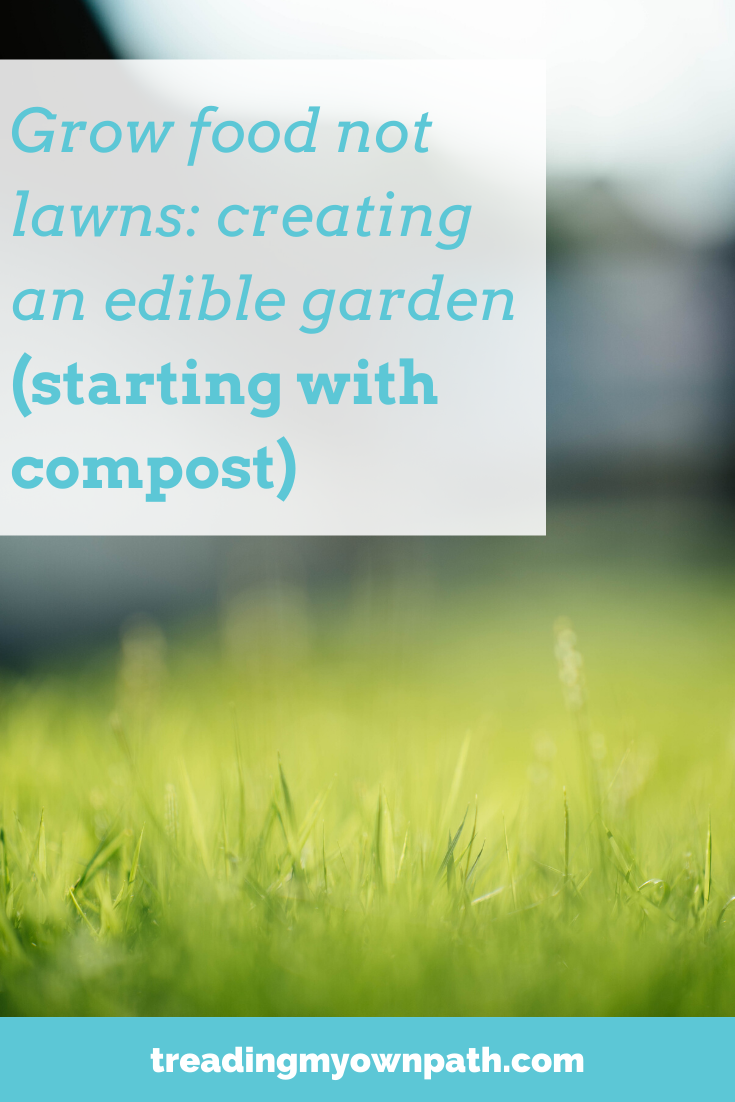 The Australian Bushfire Crisis and How You Can Help