Plus when I consider all of the crackers completely overpackaged in plastic being purchased every day, I think – we need to be talking about zero waste crackers every chance we get!

For the purists amongst us, these technically aren’t a cracker. The Italian name is crostino/crostini and in Australia we like to call them “crustini”. These names sound so much more exotic and exciting than calling them pieces-of-stale-bread-baked-in-the-oven, which is what, in fact, they are.

I told you they were simple.

Correct nomenclature considered, I still refer to them as a cracker. They pretty much serve the purpose of a cracker, whose entire function is to be able to carry as much topping from the dip bowl into the mouth without causing spillage.

If toppings can be piled on the vessel and the vessel can be eaten, it is a cracker.

To make these crostini/crustini/crackers, you will need a French stick/ baguette. Of course you can make your own from scratch, but that is a whole other post.

Often baguettes can be purchased plastic-free from bakeries (a pillow case makes an excellent bread bag because these guys are loooong). If your local bakery still packages them up in plastic, consider if making crackers this way will reduce the amount of plastic you use overall. Crackers use a lot of packaging.

How to Make Crackers from a Baguette/French Stick

Slice the bread into thins 1/2 cm thick using a bread knife. If the bread is fresh (you’ll know because it will squish easily as you cut it), it will benefit from being placed in the oven for a few minutes on a low temperature to help it dry out a little.

Lay the sliced thins out on a baking tray, drizzle with olive oil and grind a little salt and pepper over the top. The oil doesn’t need to be spread evenly, so don’t panic about being neat.

Cool on a cooling rack, then store in an airtight container (I use a tin).

They should last for a few weeks, but I’ve never been able to test this as they get eaten long before that. 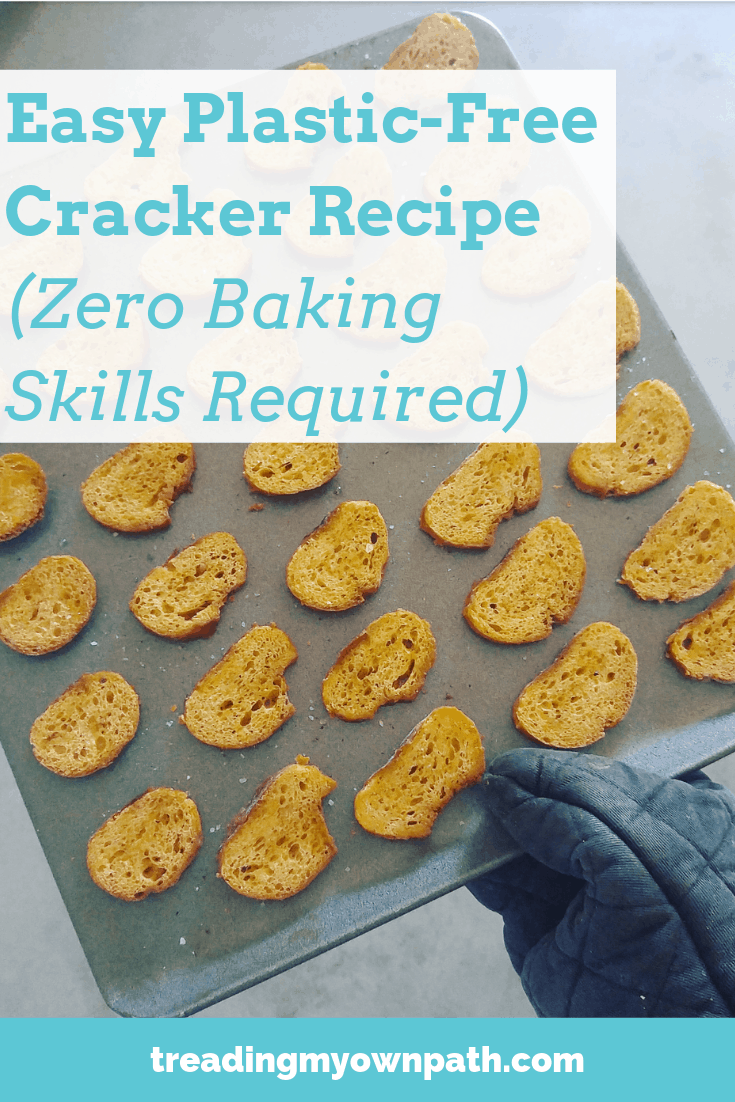 3 Assumptions You’re Making About Decluttering… And Why You’re...
Scroll to top