If there’s one thing that is next to impossible to find without plastic, it’s crackers. Before I went plastic-free, I’d buy packet upon packet of crackers – usually with the plastic tray, then wrapped in plastic and with a final plastic or cardboard outer. Packaging overload!

These days I do things very differently. I either skip the crackers entirely, and make crudites (fancy term for vegetable sticks – carrot, cucumber and capsicum/pepper) or use bread; or I make my own crackers.

I’ve shared in the past how I make sourdough crackers and carrot pulp flatbreads, and today I’ve got another recipe for you: 4 seed crackers. 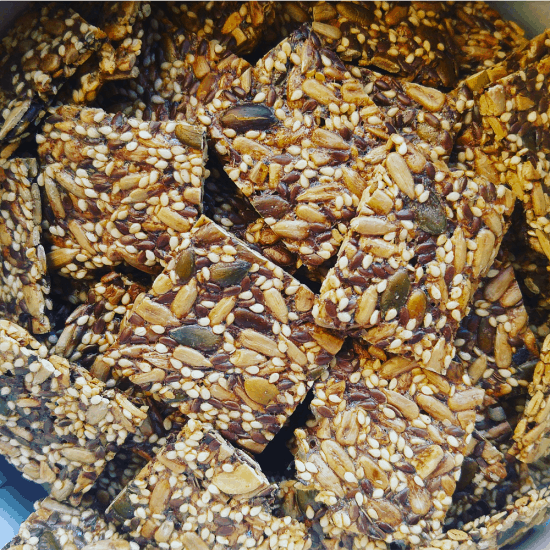 I actually found the recipe via my local Source Bulk Foods store, who sell the ingredients ready-weighed in a little pack. I bought all the ingredients separately in bulk as I wanted to avoid the packaging but if you were short on time or didn’t want random amounts of seeds left in the pantry, the pack would be a shortcut.

Being made almost entirely of seeds, these crackers and gluten-free, dairy free and vegan.

The magic ingredient binding the seeds together is psyllium husk: it’s the husk of a seed that’s high in soluble fibre, and binds with water to form a slippery gel. It’s often used in raw and vegan recipes for its binding properties.  It’s pretty readily available at bulk stores. If that’s not an option, chia seeds might be an alternative to experiment with but it’s not something I’ve yet tried. 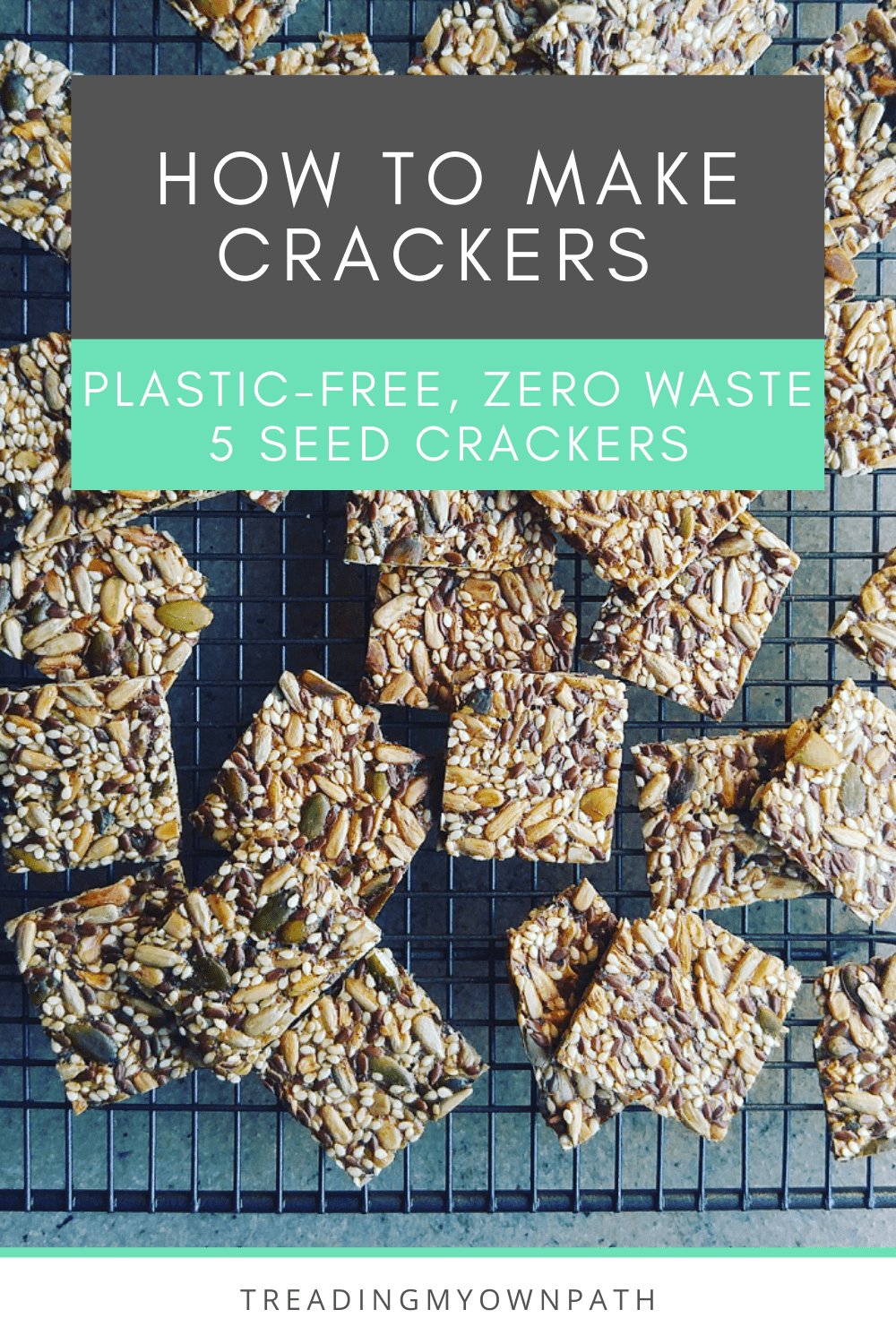 I chose raw seeds rather than roasted ones, as the crackers are baked in the oven. If raw seeds aren’t an option, try with roasted ones but bear in mind you might need to add a little more water to the mix. 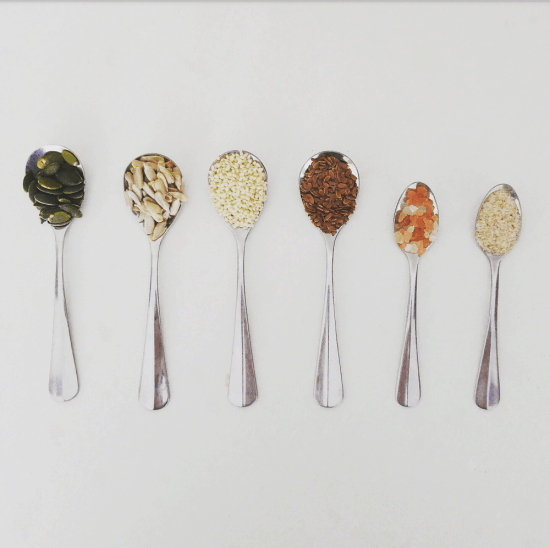 Preheat the oven to 160°C, line three trays with baking paper or use silicone baking mats.

Mix all the seeds, husks and salt together in a bowl and pour in the water. Leave to stand for 30 minutes until the mixture has a gloopy consistency.

Empty a third of the mix on each baking tray and spread out thinly and evenly using the back of a spoon. Try to make the mixture as thin as possible. (but be careful of creating holes). 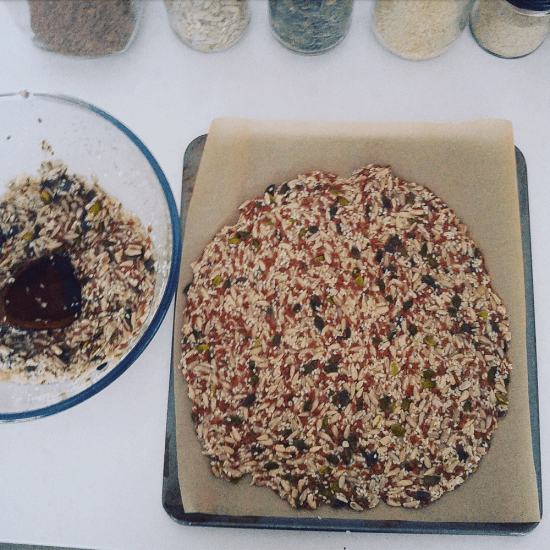 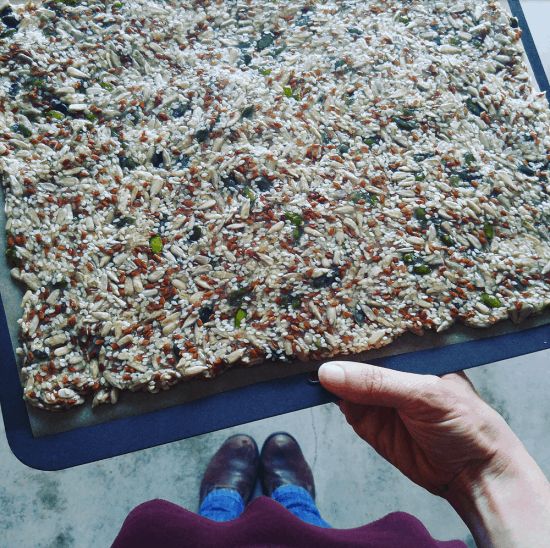 Bake in the oven for 1 hour, then remove from the oven and using a knife, score the cracker lines in the mix. Once they are fully baked they will not cut without shattering, so the lines need to be marked whilst the mixture is still soft. 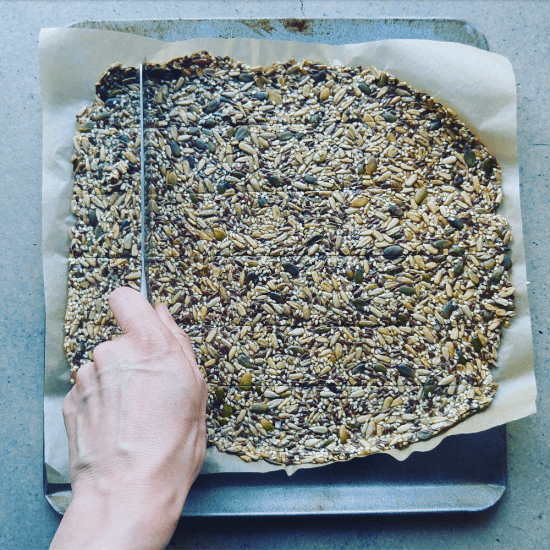 Return any uncooked crackers to the oven. Cook for another 30 minutes or until the crackers are completely dry, crisp and crunchy. To dry out further, the crackers can be left in the warm oven once it is turned off. Remove from oven and cook completely on a rack. 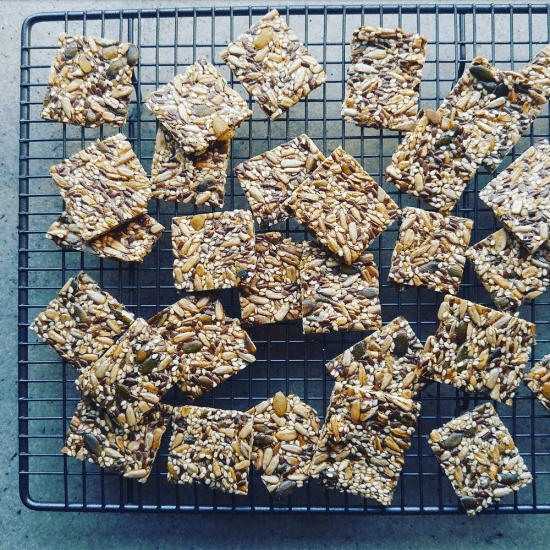 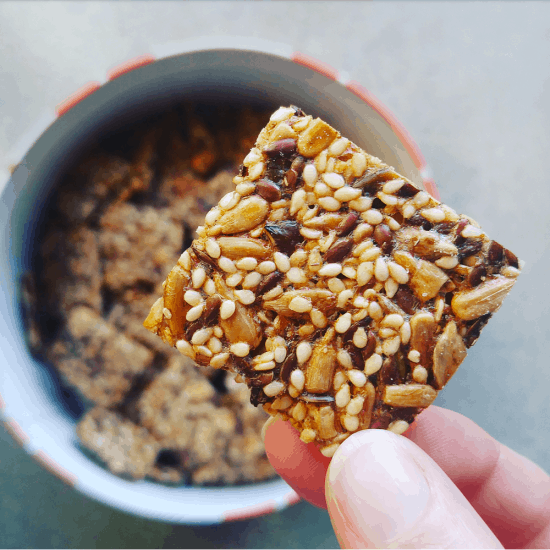 Store in an airtight tin. They will keep for at least a week.

There are plenty of other seeds to experiment with: hemp seeds, poppy seeds, chia seeds, or even chopped nuts. You could try adding cumin, nigella or fennel seeds; or herbs and spices such rosemary or thyme, paprika or ground coriander. Recipes are there to be played with!

Now I’d love to hear from you! Do make your own crackers? Has it been on the to-do list since forever but you’re yet to get round to it? Or is it something you’ve put in the too-hard basket for now? I’m always interested in hearing new cracker recipe ideas so if you have any favourites – or favourite flavour combinations – share below, along with anything else you’d like to add! 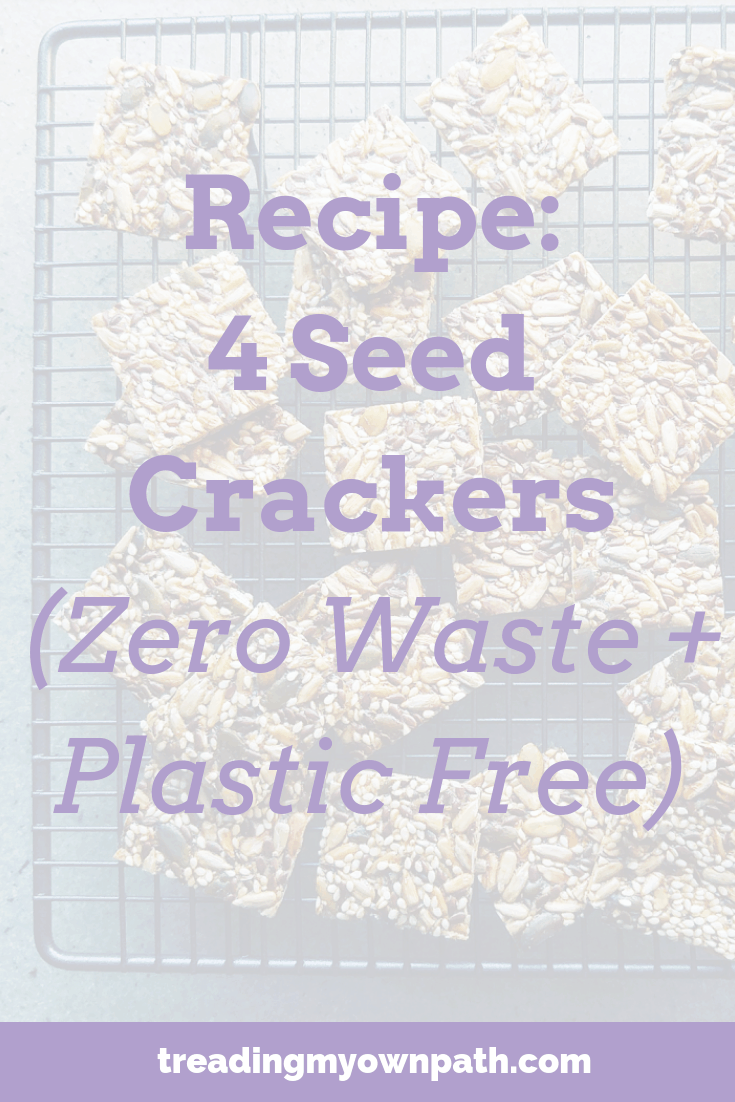 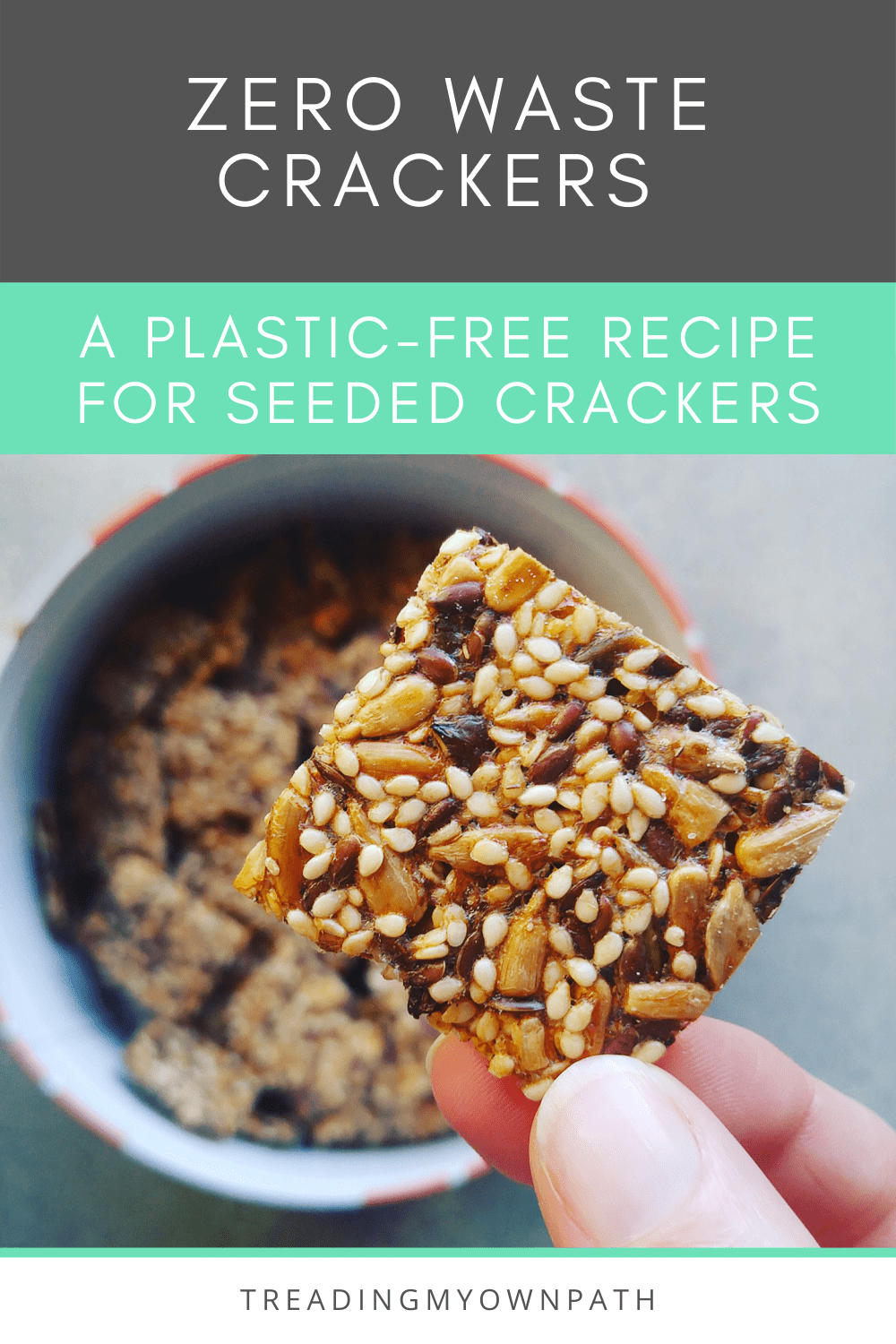 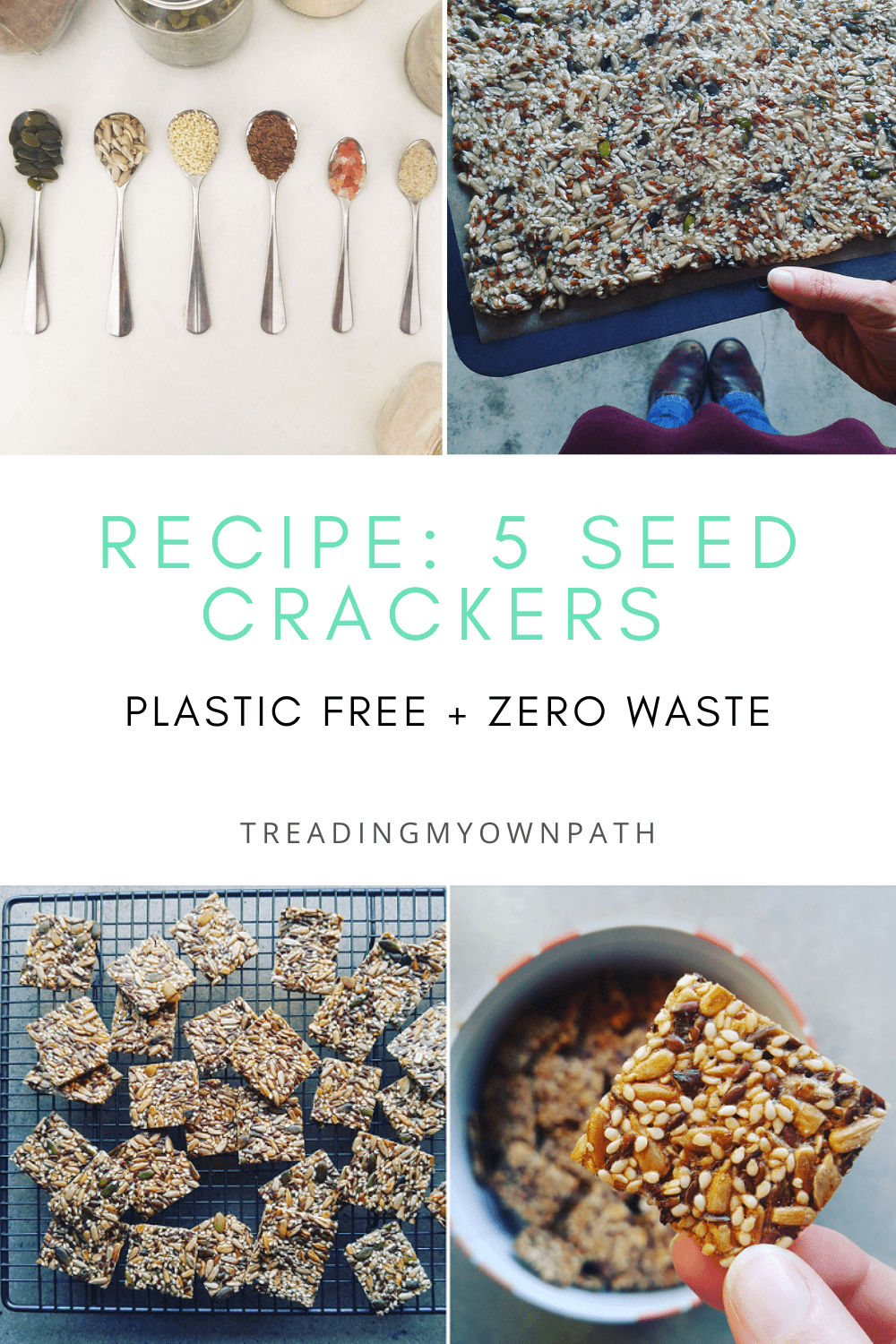 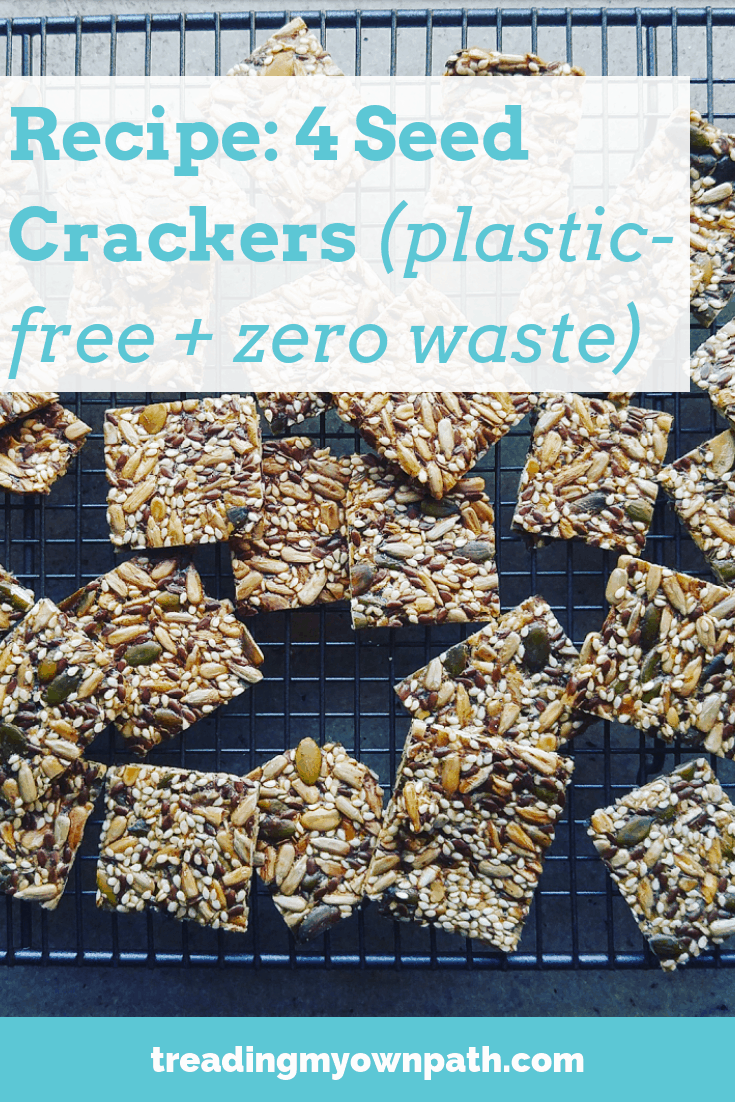 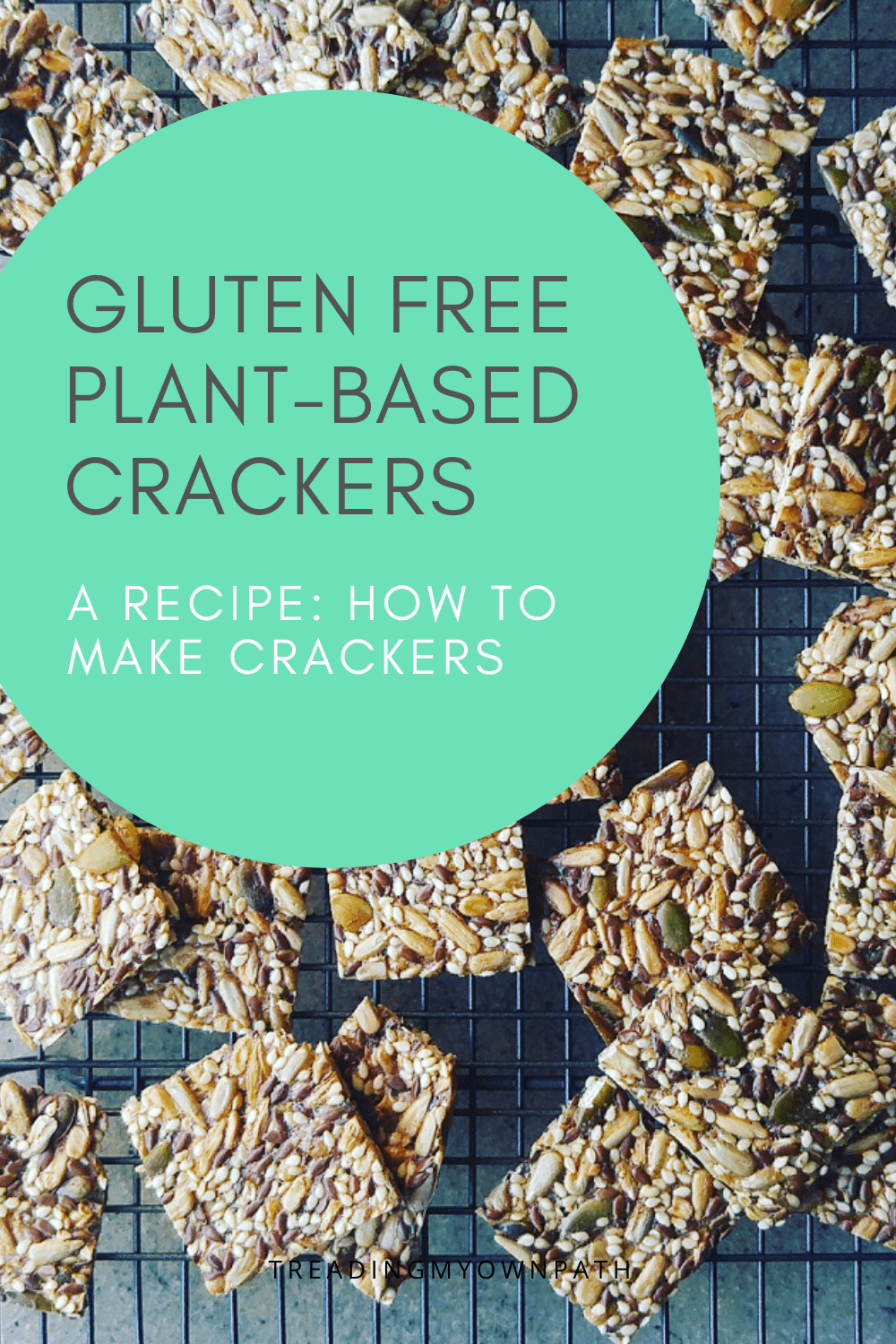 My (Not So) Zero Waste Camino
Scroll to top