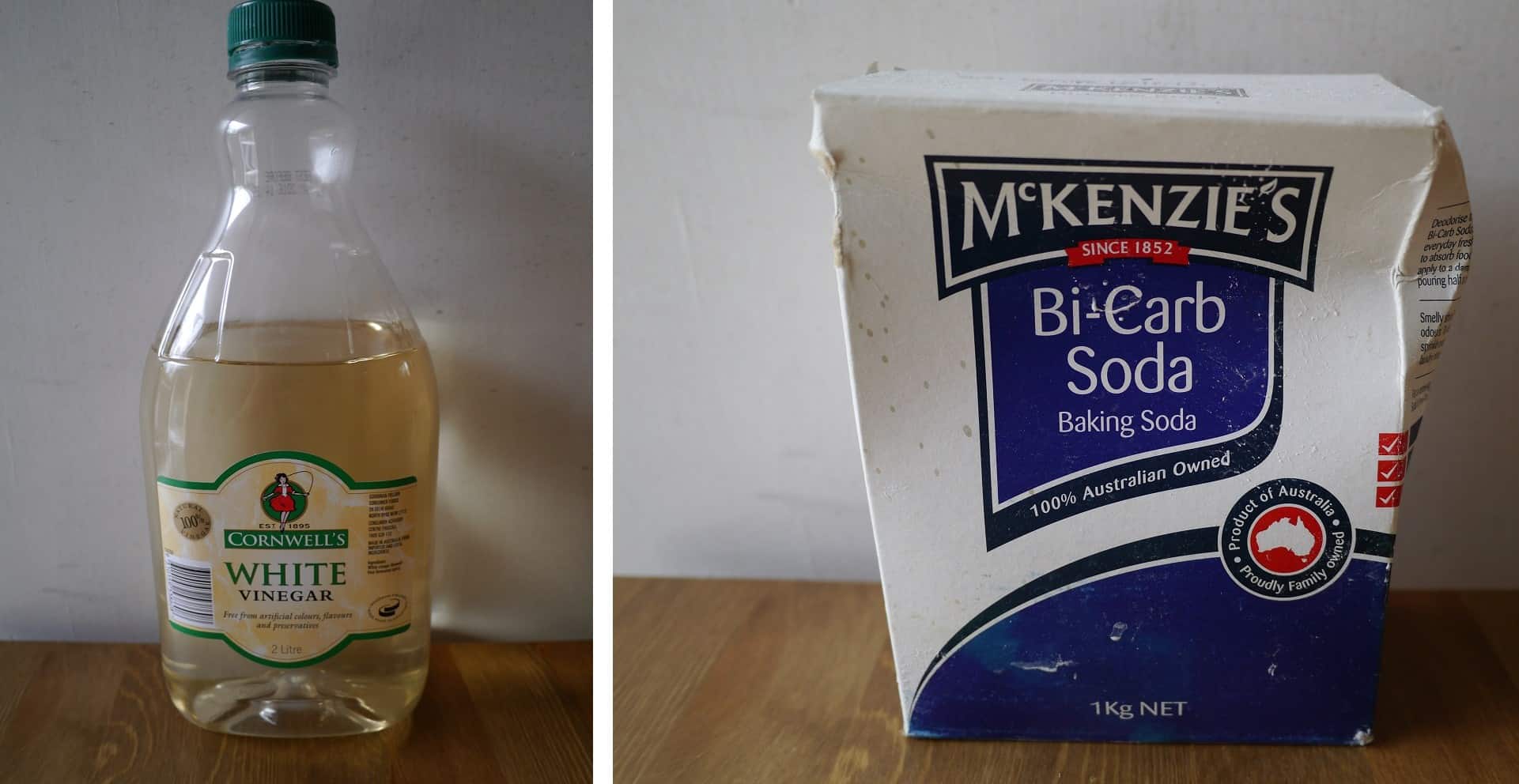 Would you switch from using regular shampoo and conditioner to washing your hair with sodium bicarbonate (also called bicarbonate of soda, bicarb soda or bicarb) and vinegar? Sounds completely crazy, doesn’t it?! Why would actually do something like that?! Well, I’m gonna tell you not only who, but also why, and…what happened when I tried it out myself!

Who Would Wash Their Hair with Bicarb?

I’m not talking about eccentric old ladies with too many cats, the ones who sit at the bus stop talking to themselves. Maybe they do too; I’ve never asked. But if you think they’re the only people who would do such a thing, you’d be mistaken.

In fact, there’s so many people on board it’s even been described as a movement. It’s called the “no poo” (as in “no shampoo”) movement, but as someone who cringes at toilet humour, I try to avoid that description! No poo is bad enough, but combined with movement…nope, I just can’t (won’t) go there. However, if you Google it, you’ll be amazed how many entries pop up!

Broadly speaking, converts fit into three groups – the environmentally conscious, the health conscious, and the thrifty. Their motives are all slightly different, but the outcome is the same – clean, shiny hair! 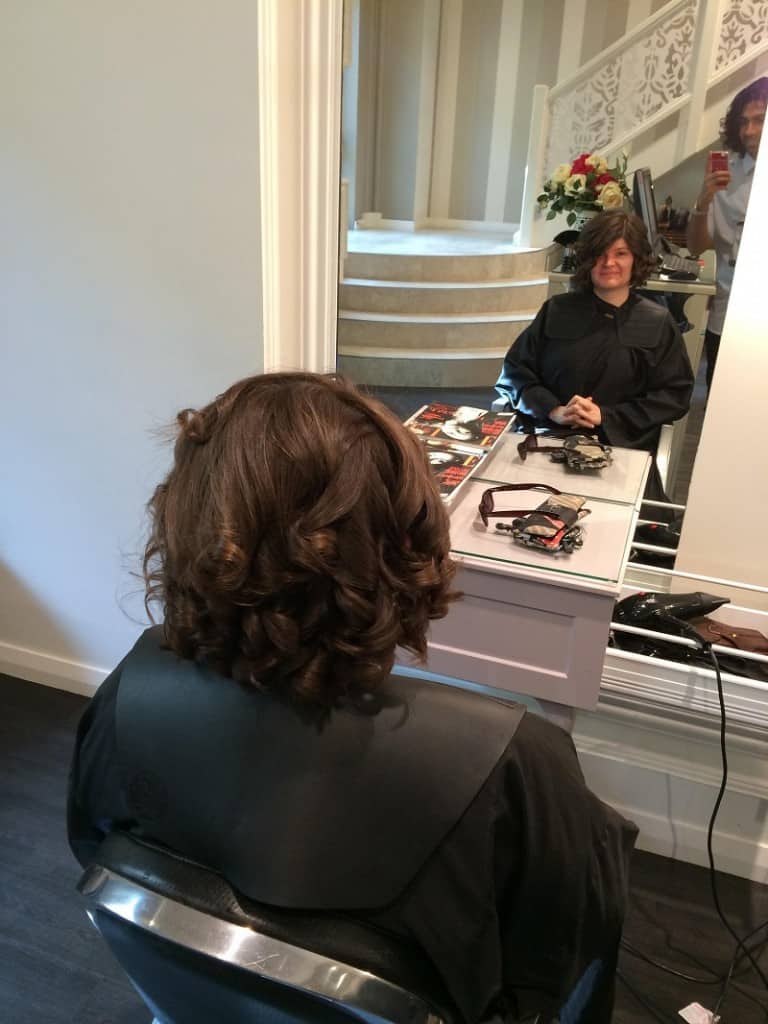 This is my friend Kate Raynes-Goldie (@OceanPark), “doing a Shirley Temple”… “Getting ready for the WA Screen awards (and to think, once upon a time I had purple hair, and pink hair, and bright orange…) But, even more exciting is that as of the time this picture was taken, I hadn’t used shampoo on my hair in over a month (sodium bicarb and apple cider vinegar, baby! ” KRG

Why Would You Wash Your Hair With Bicarb and Vinegar?

What will happen to my hair?!

If you’ve been using conventional commercial shampoos for a while, chances are you’ve got a lot of residue built up on your scalp, which takes time to wash away. You’ve also got to allow your sebaceous (oil) glands to slow down once they realise you’re no longer stripping the natural oils from your head.

It can take 5-7 day for your scalp to adjust, but usually 2-6 weeks is more usual to break the cycle. During this time, your hair may seem a little greasier than usual.

So what was my experience? My experiment began on 1st June this year. I’d been thinking about it for a while, and I decided that I should give it a go before making judgement!

As a bit of background, I have reasonably short (maybe shoulder-length) curly hair. I haven’t used commercial shampoos and conditioners for two years; I use natural products made locally. I only wash my hair every 2-3 days – curly hair doesn’t like too much washing!

Mix a few tablespoons of bicarb with just enough water to make a paste. Rub into your scalp and work towards the ends. Leave for a couple of minutes, and then rinse out.

Mix 1/4 cup vinegar with 1 cup (warm!) water. Tip your head back and pour onto your scalp so it runs onto your hair, and rub in with your hands. Avoid getting it into your eyes – vinegar stings!

Please excuse the bad photos. There was no-one around, so I had to take them myself. Clearly I’m no master of the “selfie”…but that’s possibly a good thing… 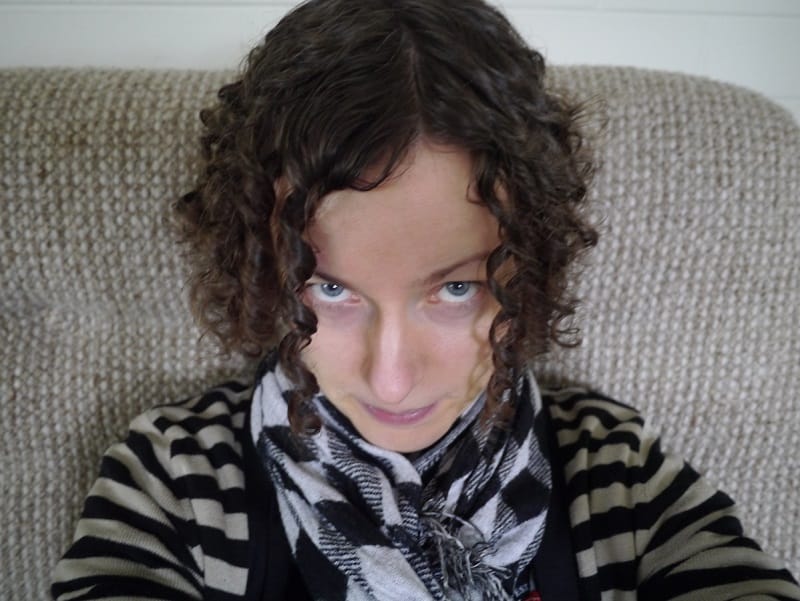 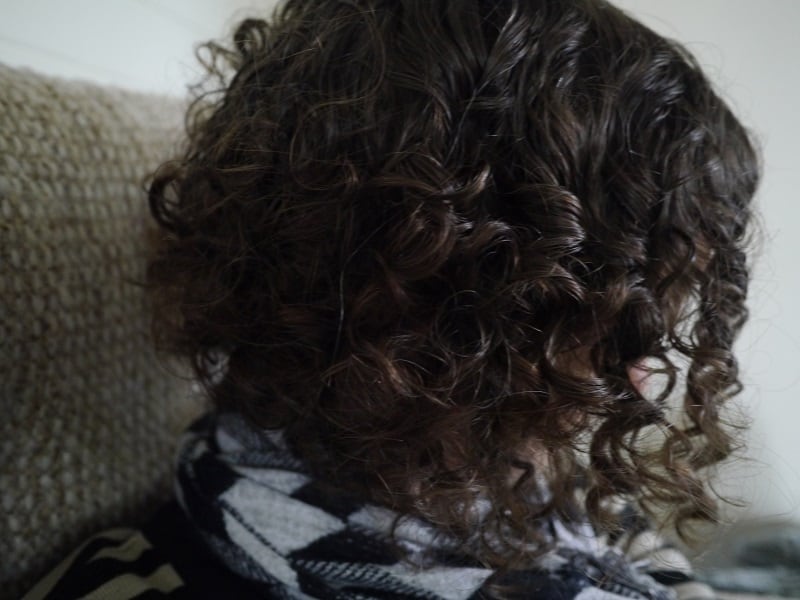 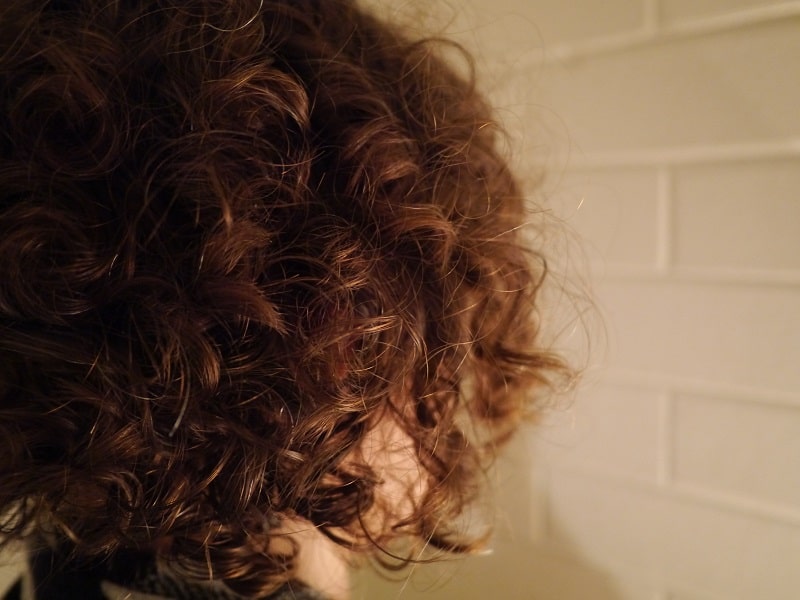 The process was very simple, and my hair actually looked normal straightaway. There was no greasy hair, and no frizz problems. I was expecting a couple of weeks of bad hair days, but that never happened (or at least, no more than usual)!

It definitely needs washing less. Whereas before I would notice my hair getting greasy after a couple of days, now it will last three or four.

As for the vinegar smell… I read that the vinegar smell will dissipate after an hour. Not true! The first time I was paranoid that I was walking around smelling like fish and chips. I’ve since tried adding essential oils to the vinegar mix. Rose oil was too subtle and didn’t work. Lemon myrtle was a little overpowering. I’m currently using clove oil, which seems to be a good compromise. Lavender is often recommended but I really don’t like the smell. There’s plenty of options though, and they do work to mask the vinegar odour effectively.

Verdict: Overall, I think its great! I’m definitely a convert : )

Everyone’s hair is different, and just because it worked for me, doesn’t necessarily mean it will work for you…but that shouldn’t stop you trying! Why not give it a go?!

Now I want to hear from you! Do you already use the bicarb/vinegar method, and how have you found it? Did you try and admit defeat? Are you tempted…or is it something you’re still not even game to try?! I’d love it if you shared your experiences so please leave a comment below!

Decluttering, Minimalism…and the Emotions that Get in the Way