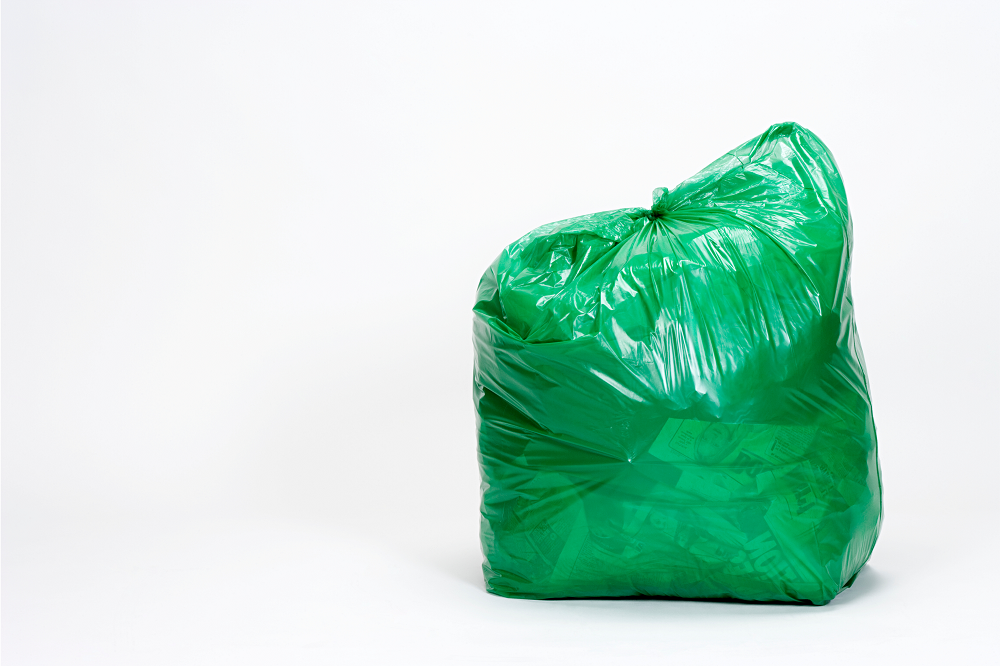 Australians use nearly 4 billion plastic bags per year, using each for only a few minutes. When you think that plastic is made from non-renewable fossil fuels, it seems pretty crazy to be using such a valuable resource to make something that’s only going to be used for such a short amount of time, and then thrown away.

A common argument – or even justification – for using these plastic bags is, oh but I do recycle my bags, I use them to line my rubbish bin. Thing is, that’s not recycling. It’s barely even re-using.

It’s still sending to landfill, just with other rubbish inside.

I have to confess, before I signed up to Plastic Free July I used to take the odd plastic bag from the shops when I needed to line my rubbish bin. I certainly wasn’t going to pay for virgin plastic to line my bin in the form of fancy bin liners. And what is the point in buying compostable corn starch liners when you’re sending them (and their contents) to landfill, where they won’t break down? Landfill sites essentially bury the waste and prevent exposure to air, moisture and light – and also the microbes that can break them down.

And then someone said to me, why don’t you line your rubbish bin with old newspaper? Such a simple and obvious solution! I really don’t know why I didn’t think of it before.

How to Line a Rubbish Bin Without a Plastic Bag

All you need is a few sheets of old newspaper. I use three sets of two sheets, and sometimes I’ll fold some additional ones to put in the base. It takes about a minute. 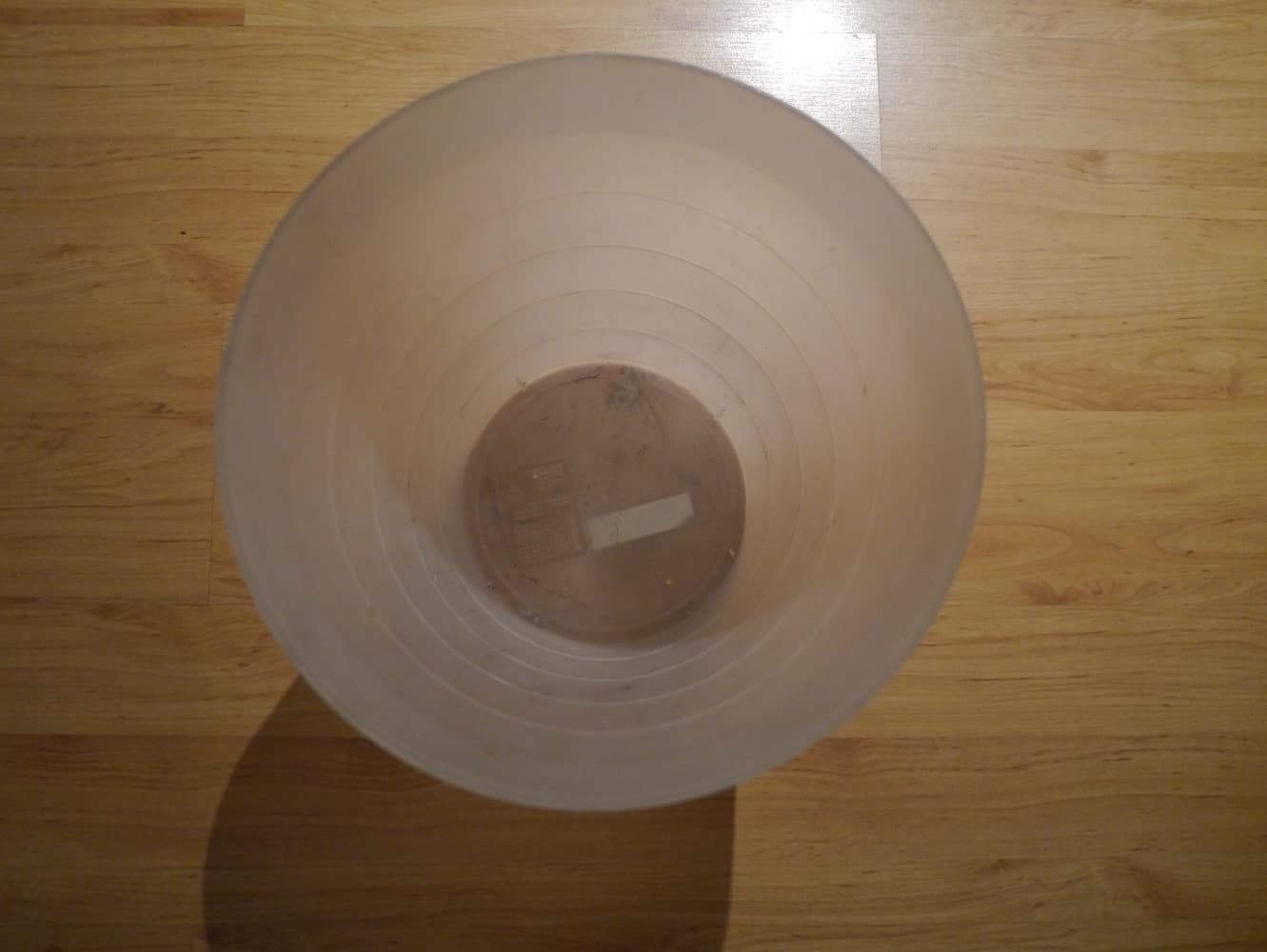 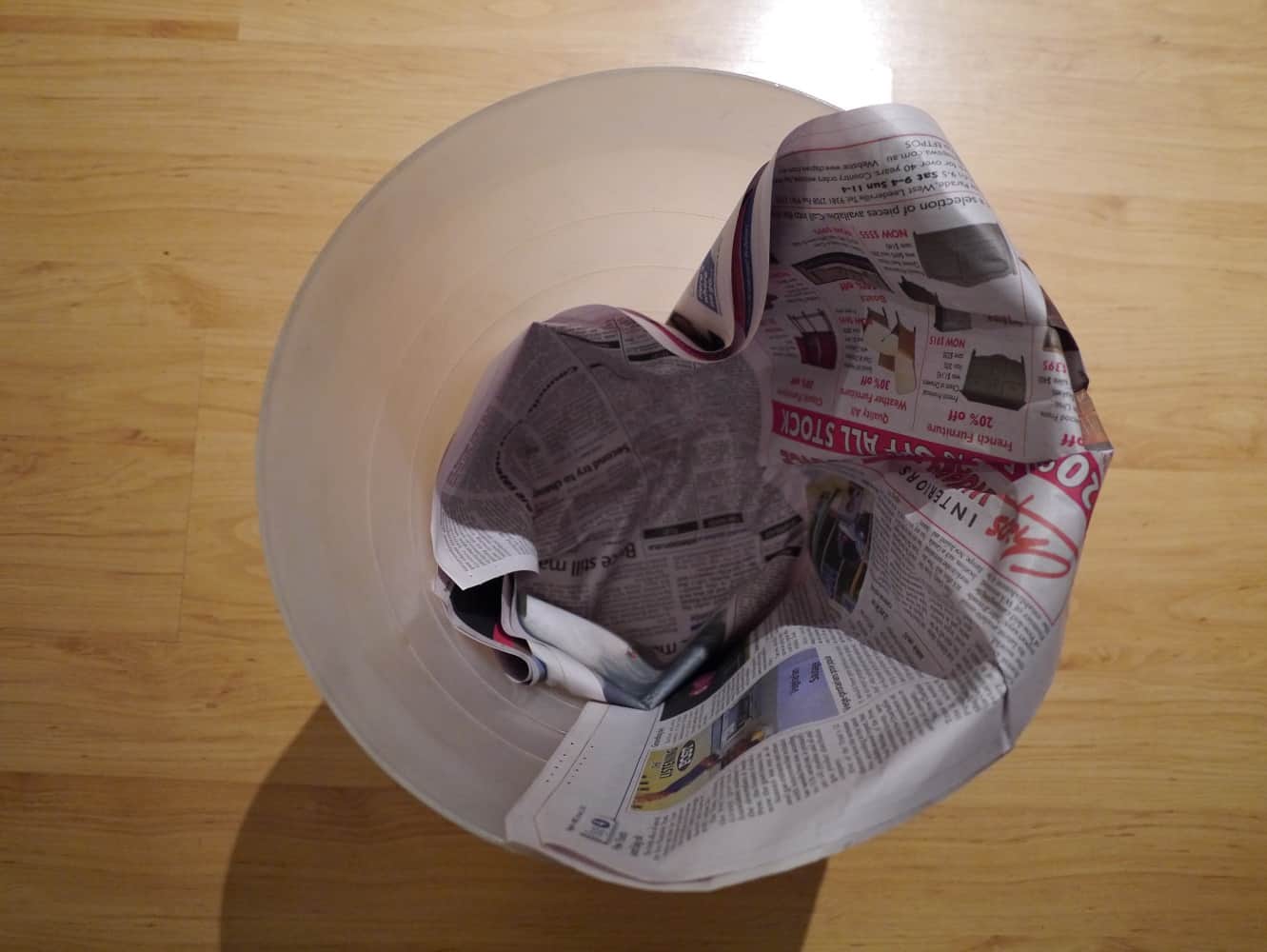 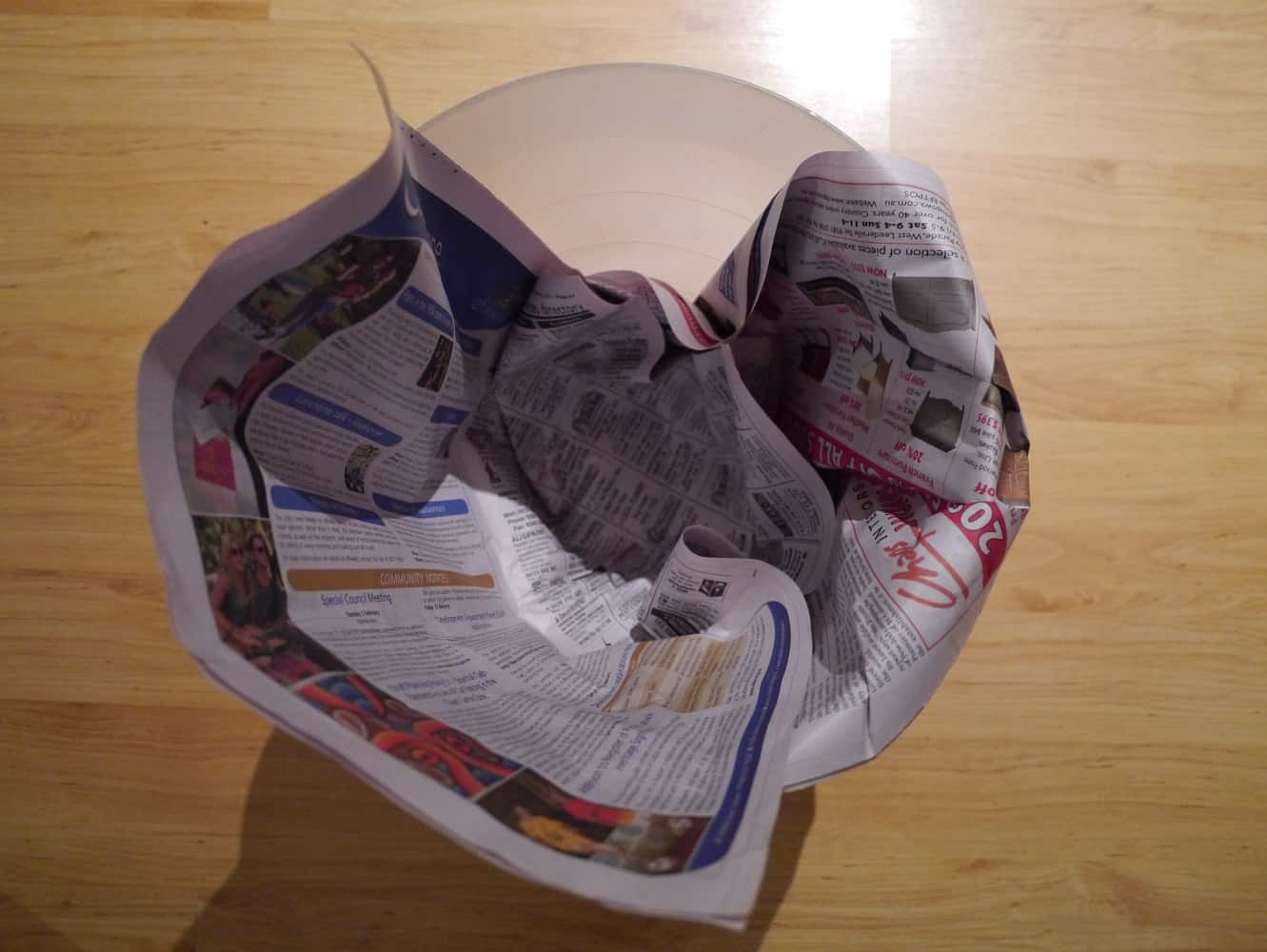 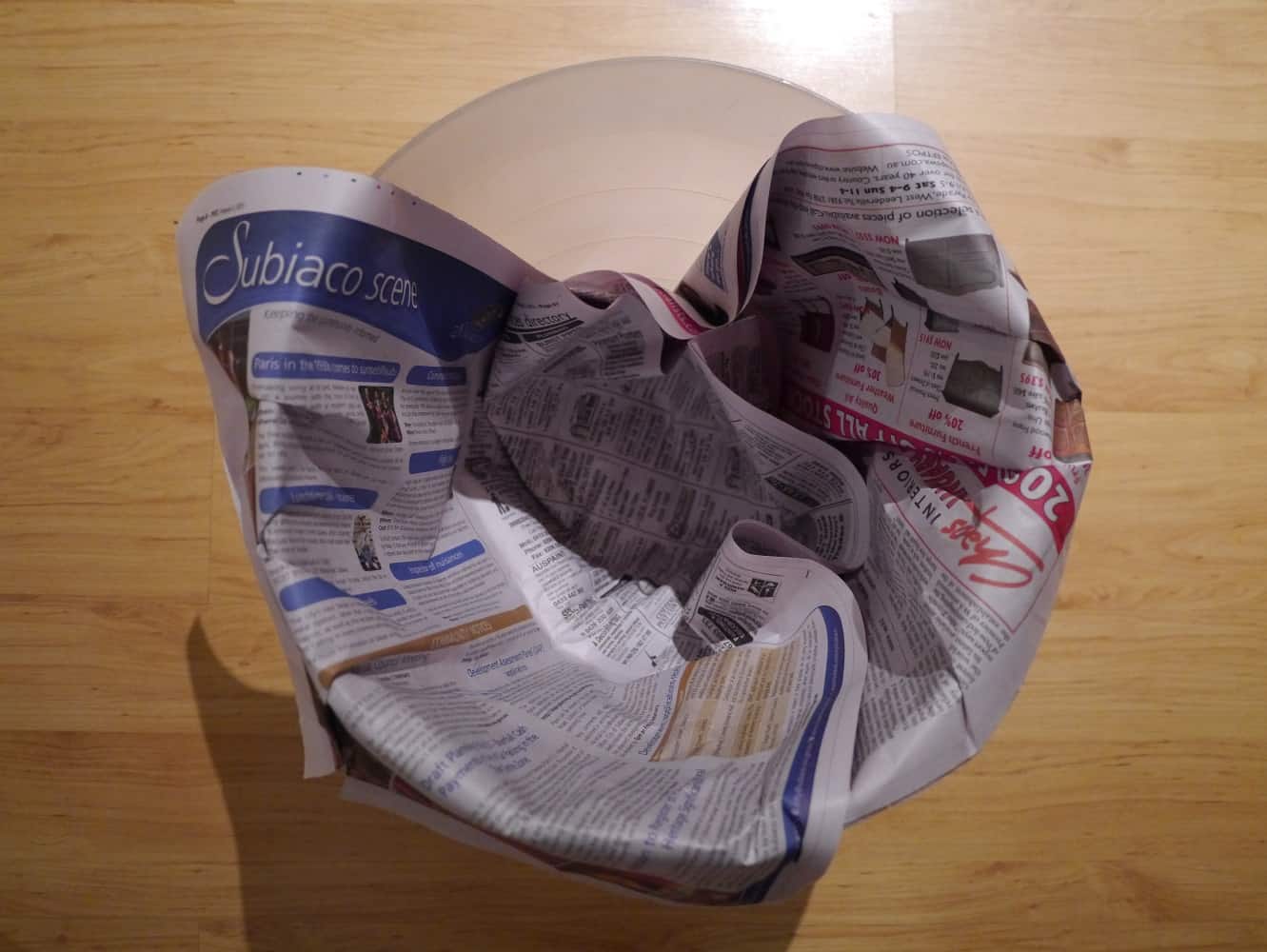 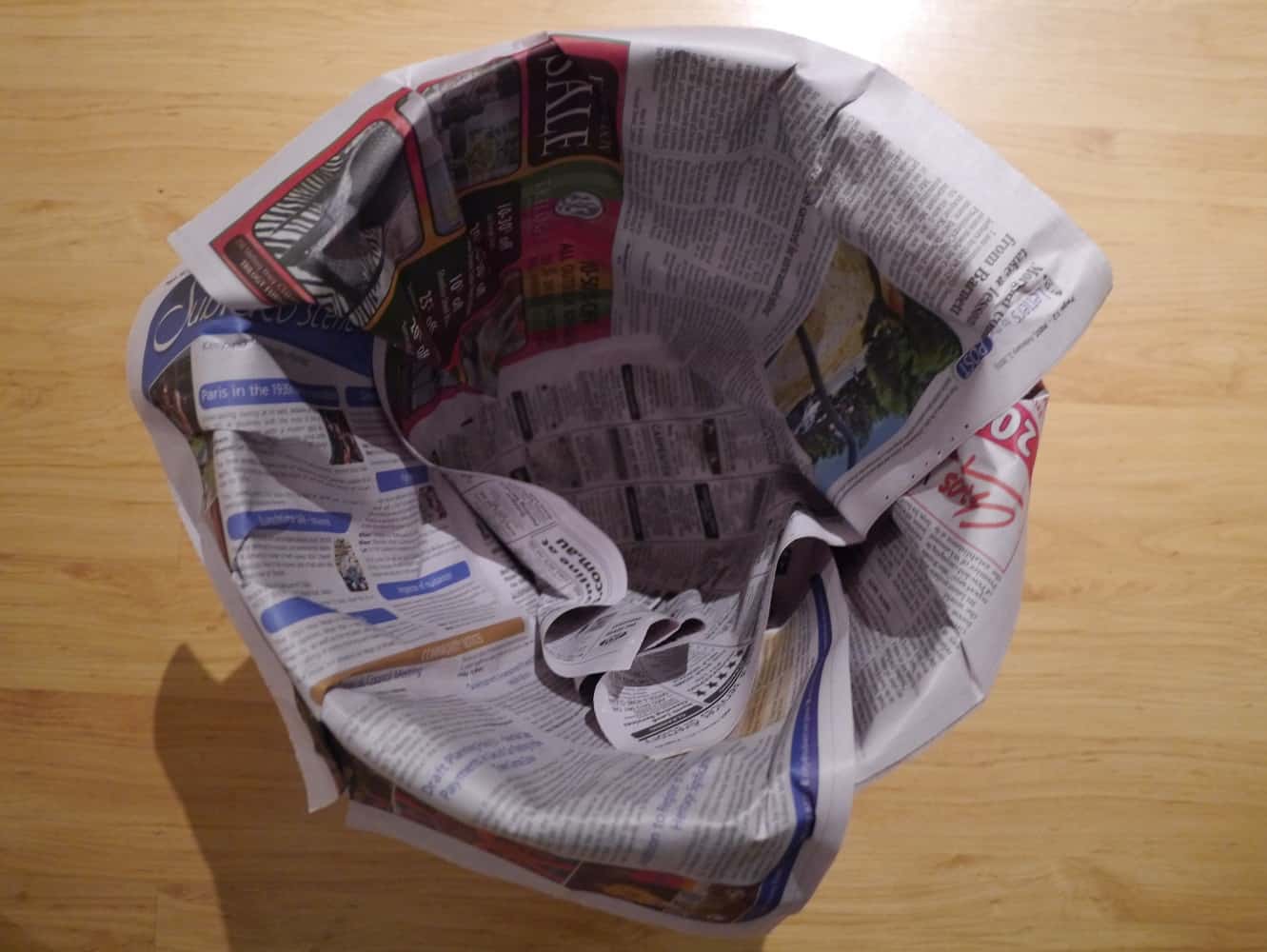 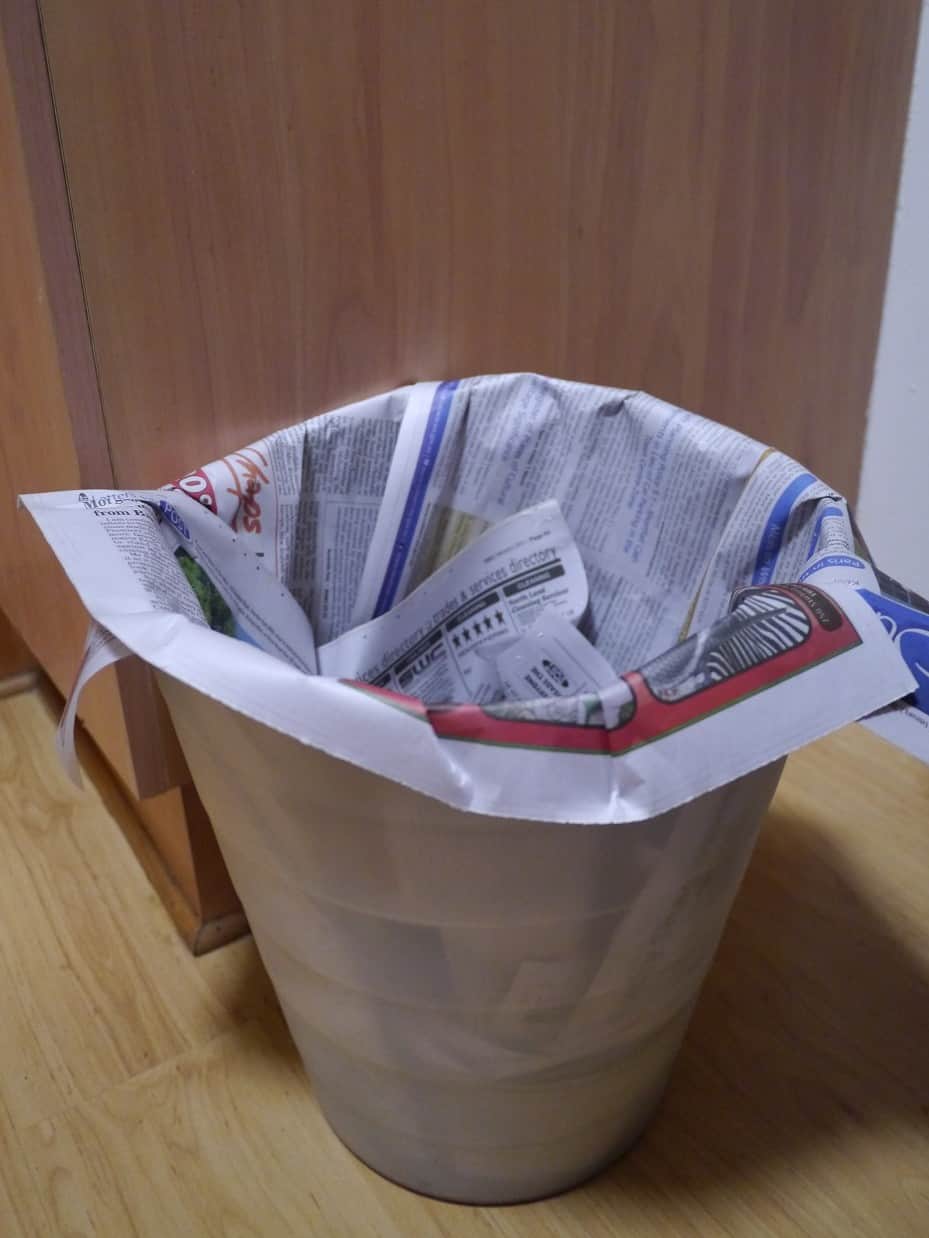 When the bin is nearly full you simply roll over the tops to make a parcel and dump in your outdoor rubbish bin. The great thing is that newspaper is usually made from recycled paper so has already had a previous life (or several lives) before you send it off to landfill.

What are you waiting for?! 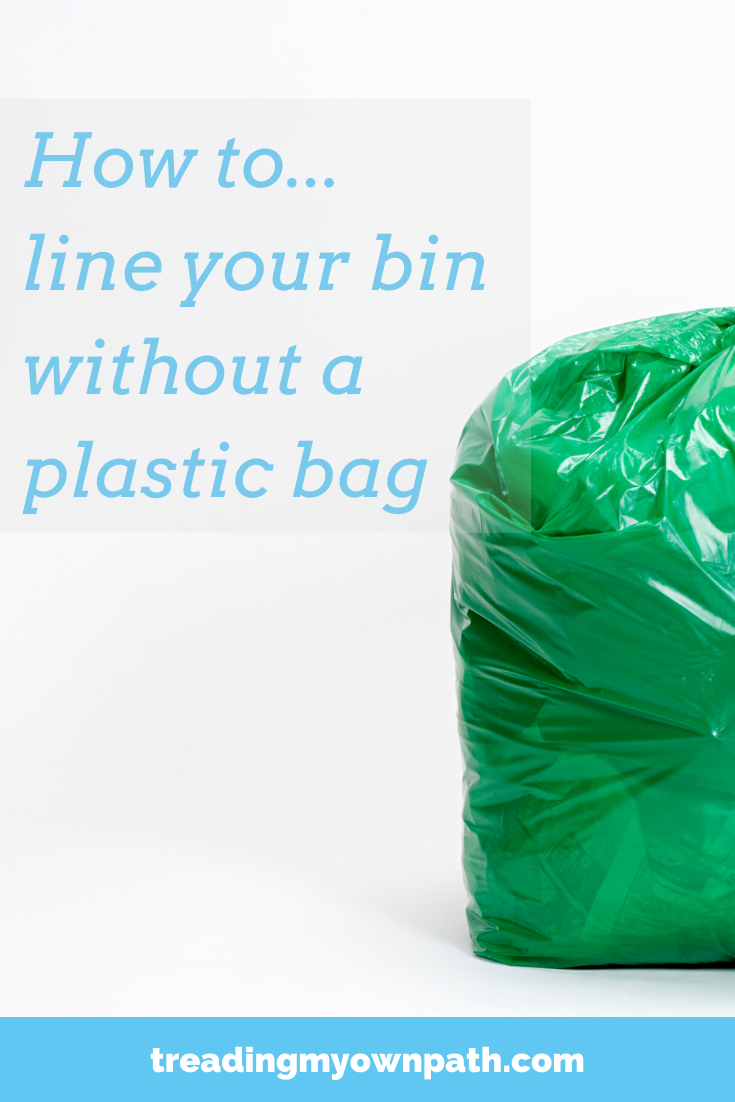 How to… Make Your Own Natural Yoghurt
Scroll to top