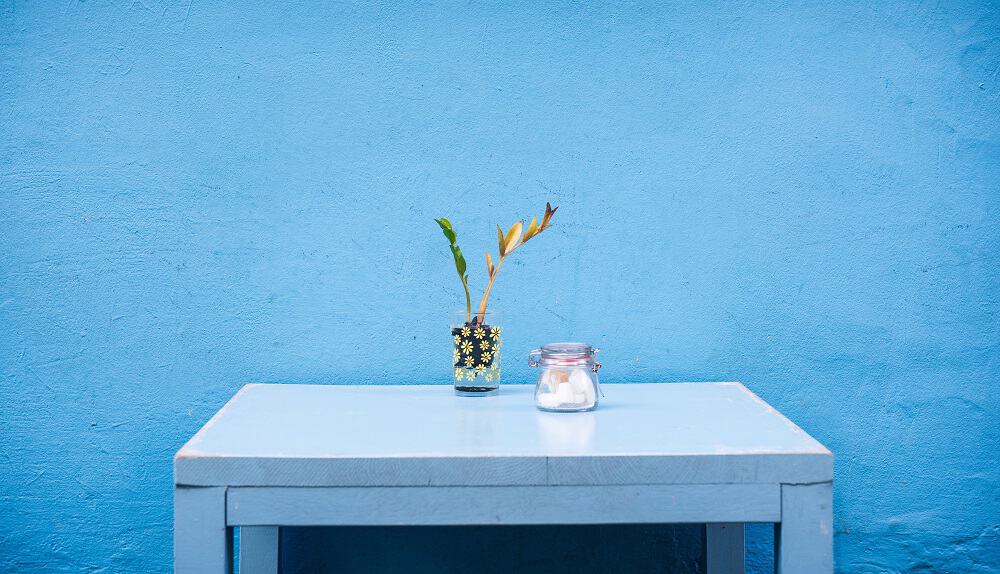 Yes, some of those assumptions we make about decluttering are most definitely right.

I want to talk you through three of the assumptions I made before I started my decluttering journey and that – now I’m out the other side – still hold true.

I also want to talk you through why they aren’t necessarily bad things, and give you some tips for staying on track.

I’m not going to lie or try to pretend otherwise: decluttering is hard. Yes there are people who find it easy to let go of things. (I’m not one of them.) The thing about decluttering is that it is the removal of clutter – and people who are good at letting things go tend not to have clutter in the first place.

The definition of clutter is “an untidy collection of things” and those people who find it easy to let things go do not amass collections of things.

The rest of us – well by the time we realise there are collections of things that bother us, those collections tend to be sizeable amounts. We need to declutter a lot, and it’s hard.

But hard is not impossible.

I think a lot of the “it’s so hard” feeling comes because by the time we notice that we have all this clutter and need to do something about it, it’s becoming a little overwhelming.

We realise it’s overwhelming and we want it gone – now!

But we forget that this stuff took us months and often years to accumulate, so wanting it gone in an afternoon is wishful thinking.

(Well, unless you order skip bin and toss the lot. I think, not only is that an incredible waste of useful stuff, but how can we possibly change our relationship with things if we don’t take the time to consider why we bought these things and why we’re letting go of them now? How will we ever learn the lessons that stop us just accumulating more stuff and having to repeat the whole process again?)

We think decluttering is hard when we think of it as a task, because we then become overwhelmed with the enormity of it. Really, we need to think of decluttering as a project.

We need to simplify into manageable steps.

Once we think of it as a project, we can start to split it down into manageable tasks.

I talk about this in a lot more detail in my book ‘Less Stuff’, but the premise is this: start with the easy stuff that will make a big difference – either to the look or feel of a room, to the surface clutter, or simply for your sanity levels – and start there.

That way you’ll not find it too challenging and will see results quickly – and that keeps you motivated to do more!

The garage might be desperately in need of a clearout but if you know there are still boxes of stuff in there from when you last moved 20 years ago, it’s not going to be the best place to start.

Second, I’m a big fan of ‘batching’, which means do the same task a few times before moving on the the next thing.

For example, gather together items and sort them into how you’re going to deal with them, and once you’ve got a full box of things to sell or things to donate, move onto dealing with these.

Dealing with one item at a time is woefully inefficient. By the same token, waiting until you have 15 boxes of stuff you’d like to sell will become so overwhelming you won’t want to look at it.

Also, the longer we leave taking action, the more likely we are to convince ourselves that we did need things after all – and unpack those boxes.

So batch. Find a few things you no longer need, decide what to do with those items, deal with them, and then find the next few things.

Decluttering (the entire house) might seem hard, but listing a few books on the Buy Nothing group is easy. Donating some unwanted gift food items to the Food Bank is easy. Selling a couple of unworn dresses is easy.

Decluttering might seem hard, but it is also simple. Let things go, one at a time.

As a wise philosopher once said, a journey of 1000 miles starts with a single step.

Yes, decluttering takes time. Just as accumulating the clutter took time, letting it go takes time. I don’t believe anyone can (responsibly) declutter a whole house, or even a whole room, in a single afternoon.

I think it takes weeks, sometimes months, and maybe even years (depending on how much stuff we have when we start, and how much time we can dedicate to letting it go).

But taking time does not mean taking forever. There is an end. And you will get there.

The journey is just as important as the destination.

When we declutter, we aren’t just physically letting go of stuff, we’re de-owning it. To do that sometimes means letting go of the ideas we attach to the item. Whether that’s guilt or regret or fear, we attach a lot of emotions to our stuff. We have to let go of these as well as the actual object.

It’s about finding acceptance with who we are now (no, hot pink really doesn’t suit me; no, as much as I love the idea of playing the guitar I know I’ll never be disciplined enough to practice; no, I’ll never fit back into that dress I wore at that party in 1977).

All that time we’re in the process of decluttering stuff but not yet finished, we’re learning.

So yes, decluttering takes time, but that is a good thing. All things that are truly rewarding and worthwhile take time.

6. Decluttering is oh-so worth it.

We know that those piles of things are driving us crazy. We know that “reorganising the linen cupboard – again” is not the best use of a long weekend or day off work. We know that madly panicking just before leaving the house because we’ve no idea where our stuff is, except that it is in one of the piles, isn’t helping our blood pressure levels.

We know that less stuff makes us less stressed. We know it gives us more time. We know it gives us more freedom. Research tells us that, and so do those people who’ve successfully decluttered. I’ve never ever come across an article or a person that said “I got read of all that stuff I didn’t need and was so overwhelmed by the calm and the clear space that I had to go and buy a bunch of pointless junk to fill it again”.

So yes, decluttering is immensely worthwhile. It can be hard, and it can take time, which is why it is so easy to talk ourselves out of it, or maybe justify not doing it at all.

Because ultimately, less clutter, less mess and less stress is worth it. More time, more freedom and more calm is worth it. The work might not be easy, but the results speak for themselves.

3 Assumptions You’re Making About Decluttering… And Why You’re...