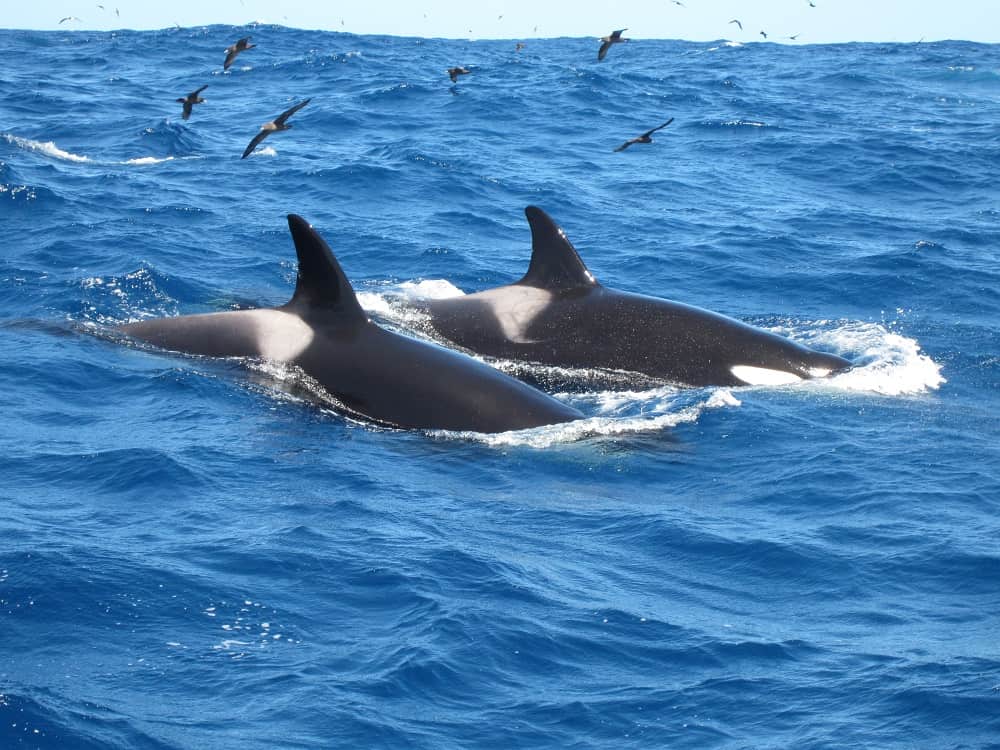 One of the biggest highlights of our holiday last week was heading out to the Bremer Canyon to see killer whales (orcas). The Bremer Canyon, only discovered in 2013, is a place where more than a hundred orca come together to feed during February and March. It’s 65km offshore, and this is the first year that it’s been possible to go and see them as a tourist, and only for these two months.

It’s not your typical tourist adventure, heading out into international waters and rough, icy cold seas on a small boat for several hours, and even the small village where the boat departs from is in an isolated spot, a 2 hour drive from the nearest town and several hours drive from Perth.

When I heard about the tour last year something really grabbed my attention. Whether it was the idea of sailing to the edge of the earth, the rare opportunity to see killer whales in their natural environment, the fact that this spot is so newly discovered that very little is known about it…I’m not sure. I booked two tickets as a birthday present for my husband.

We’re not really into buying presents, and we no longer buy each other Christmas presents. For birthdays we often get tickets so we can experience something together – concerts, theatre, talks. We don’t have a budget or hard-and-fast rules about what we spend but we both agree: there’s no point shelling out money for the sake of it.

The tickets to the Bremer Canyon tour were expensive. Really expensive. I honestly don’t think I’ve ever spent that much money on tickets before. I ummed and ahhed about the cost. There was no guarantees we’d even see anything, and as the tour had never run before there were no reviews to check or compare.

But it was such a unique, exciting adventure, in the end I had to do it.

It made me think. I balked at the price, and yet a few years ago I wouldn’t have thought anything of spending the same price on a gift for my husband. When you consider how many people receive bigger (or smaller)  iPods, thinner iPads, upgraded mobile phones, better computer games consoles, expensive clothes and fancy cameras for Christmas and birthday presents, I wouldn’t be alone.

Now I’ve had a total rethink on stuff, and the idea of spending money upgrading something that already functions perfectly well makes me cringe. As does buying something new just because it’s the latest fad, or because there’s an obligation to purchase a gift. We have everything we need. Rather than spend money on newer, better versions of things we already own, we make do with what we have, and spend the money having new experiences and creating memories.

Back to the tour. Last Saturday we joined the boat, the other tourists and two marine scientists that were studying the orcas and headed two hours from land into international waters to see what was out there in the ocean. There’s no guarantee that the whales will be there. When we arrived at the co-ordinates, though, the whales came. And they were beautiful.

It was such an amazing experience. The orcas gather in groups, and they came up to the boat, swimming alongside and underneath it. We saw them surfing the waves. There was an enormous bull whale and some small calves, whose white patches were still yellow. They came so close it was incredible. The boat just sat there, bobbing in the ocean, whilst these amazing mammals swam around us. I had a couple of out-loud “wow” moments. It was worth every penny.

We only managed to take a couple of photos. Letting go of the rail long enough to use a camera was a tricky task! 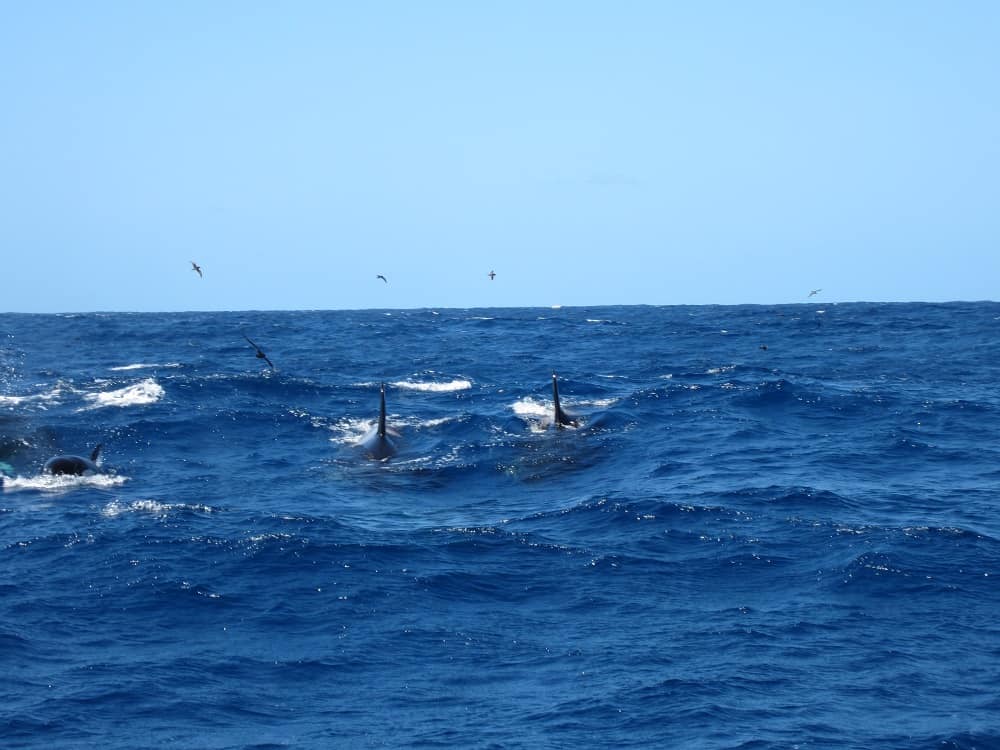 These photos weren’t taken with an SLR camera. They were taken with my husband’s point-and-shoot camera, with no zoom to speak of. We don’t own an SLR. We were able to go on this tour because we don’t own things like fancy cameras. Turns out, when you’re this close to whales, you don’t need a fancy camera anyway. 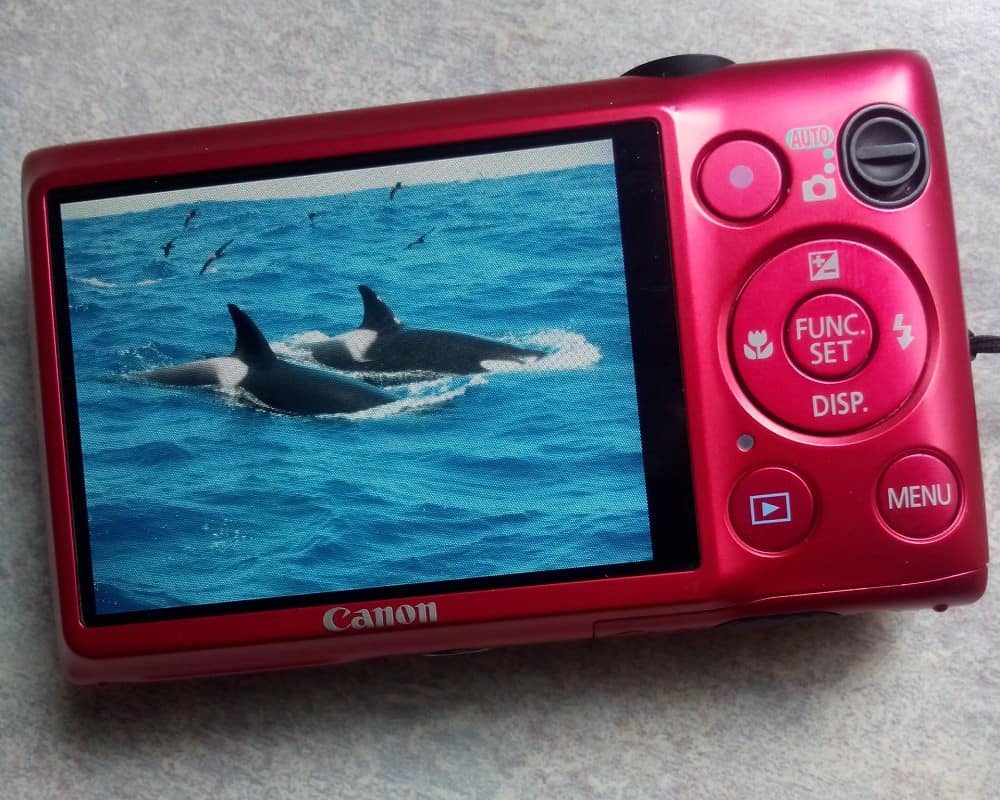 You don’t need a fancy camera (or any camera) to create memories.

These pictures aren’t the thing that’s going to stay with us. What will stay with us is the experience we had. The memories we created. Photos can’t capture the smell of the ocean, the sounds, the movements as these beautiful creatures rode the waves or glided in synchronised groups alongside and underneath the boat. The feelings of total amazement and wonder. 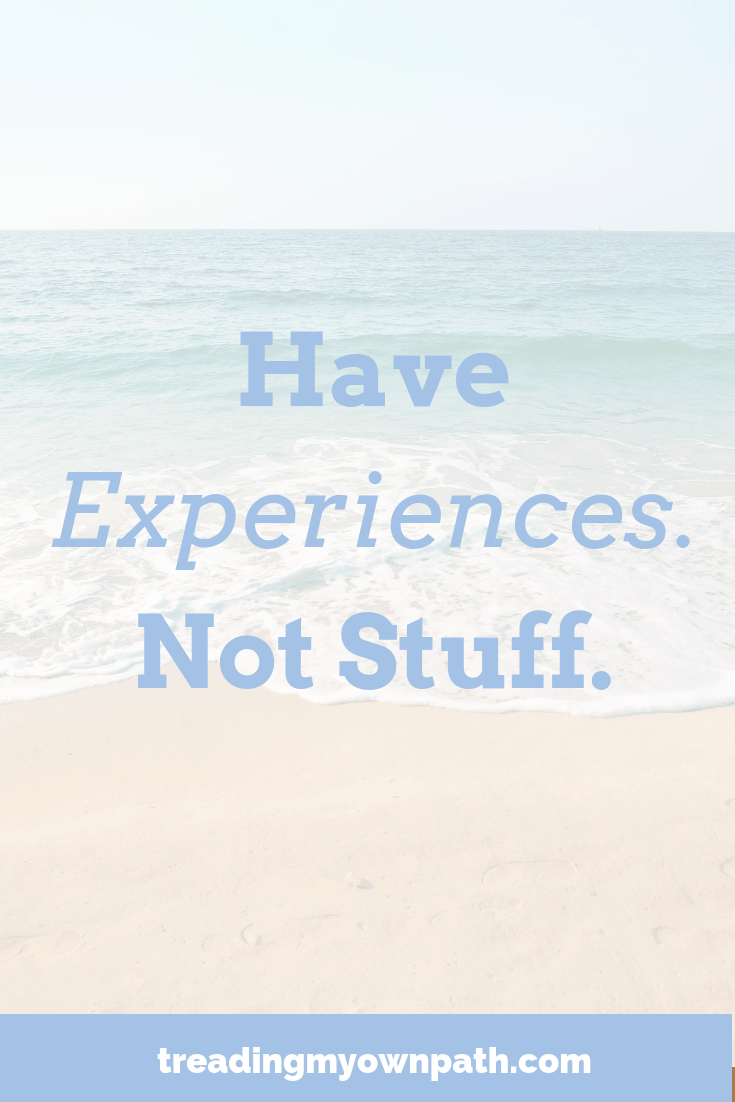 Seas and Trees: A Week in Pictures

Don’t Get Organised. Get Less.
Scroll to top