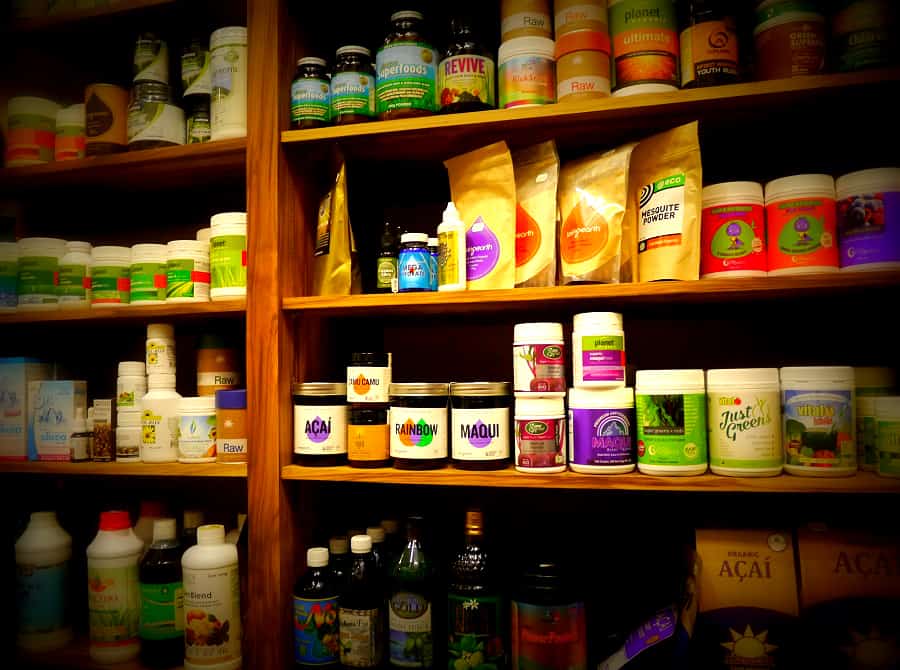 Superfoods is a word that’s banded about a lot these days, and marketers have got on the bandwagon, telling us we need to be buying superfoods (complete with super-hefty price tag) for optimum health and well-being. If you’re into sustainable living, and don’t want to spend a fortune on your food budget, purchase overpackaged ingredients that increase your plastic consumption, or buy produce shipped from faraway countries, superfoods can seem like they’re an impossible ideal.

Thing is, if you know what “superfoods” actually means, and look through all the marketing hype, you’ll find it’s possible to source superfoods that are cheap, sustainable and readily available – in fact, you probably already have a few in your pantry. Not all superfoods are super-expensive air-freighted plastic-packaged portions of exotic berries, or fancy obscure powders.

The term “superfoods” means foods that are particularly nutrient-rich, and considered beneficial for our health. The sometimes outrageous health claims that accompany some of these ingredients are marketing hype, often designed to sell more or to justify the hefty price tag. Whilst these claims may or may not be true, superfoods are proven to be packed with minerals, nutrients and vitamins that our bodies need.

Disclaimer: this is for information purposes only, and does not constitute medical advice. Superfoods are not a substitute for professional medical care.

Five Superfoods You Probably Already Have in the Cupboard 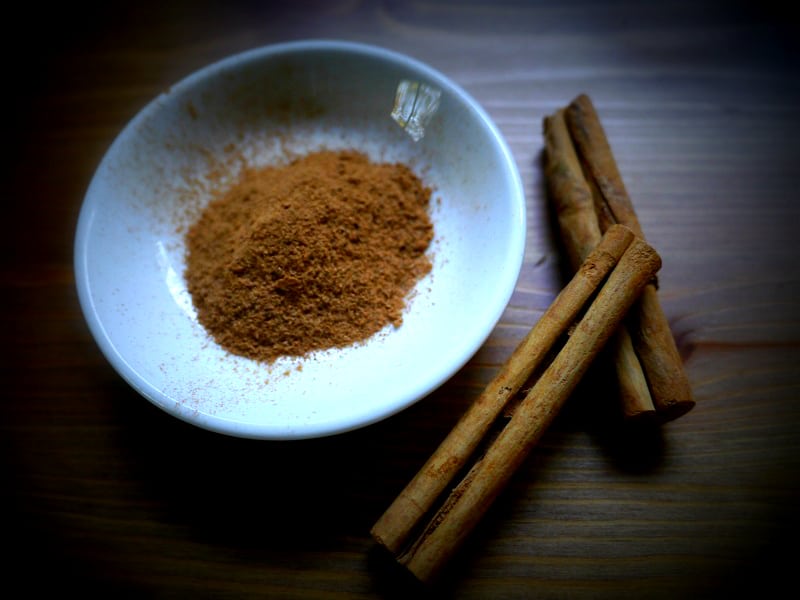 Cinnamon is a spice made from the bark of Cinnamomum trees, which can be found as rolls of dried bark or as a ground powder. There are two main varieties of cinnamon: Ceylon cinnamon and Chinese (or Cassia) cinnamon.

In studies, cinnamon has been shown to control blood sugar levels, and aid people with type 2 diabetes to respond to insulin. It is anti-inflammatory and anti-microbial, preventing the growth of bacteria and fungi, including Candida. Cinnamon also boosts brain activity – even the smell of cinnamon improves cognitive processing! There have also been links made to prevention of Alzheimer’s disease, MS and HIV. (If you’re interested in the science, check out this link).

Cinnamon is very high in manganese, a mineral used by the body to form connective tissue, bones, blood clotting factors, and sex hormones. Manganese also plays a role in fat and carbohydrate metabolism and calcium absorption. Cinnamon is also a very good source of calcium and an excellent source of fibre.

Serving suggestions: sprinkle some cinnamon on your porridge in the morning, add to muesli or hot chocolate, or use to spice up your baking. 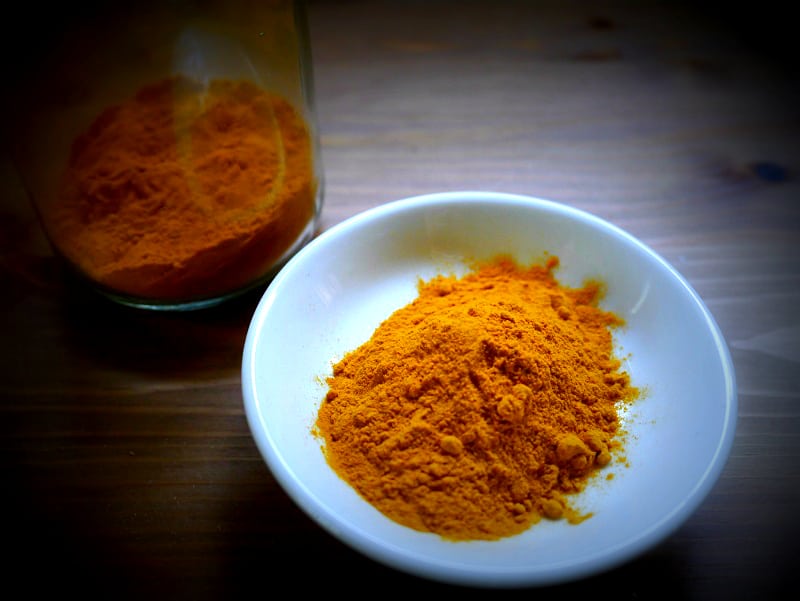 Turmeric is the bright yellow spice used in curries and Asian cooking. The powder is made by drying and grinding fresh turmeric, a root that looks similar to ginger on the outside, but with orange flesh inside.

Turmeric contains the compound curcumin, which is responsible for many of its health benefits. Curcumin is anti-inflammatory and an antioxidant (antioxidants absorb free radicals which cause cell and tissue damage), which may help reduce symptoms of inflammation-based diseases such as arthritis, inflammatory bowel symptoms and and heart disease. It supports healthy liver function and is thought to aid digestion. Studies have shown curcumin having the potential to fight degenerative brain diseases and depression; in lab experiments curcumin has been shown to inhibit tumour growth.

Turmeric is high in iron, and also contains calcium. Fresh turmeric is a source of vitamin C. Black pepper aids absorption of curcumin into the bloodstream.

Serving suggestions: Add to curries and soups, or add to egg dishes such as omelettes. If you’re feeling braver, add some to your smoothie. Some health cafes serve turmeric lattes as a coffee alternative – they’re usually made with nut milks. 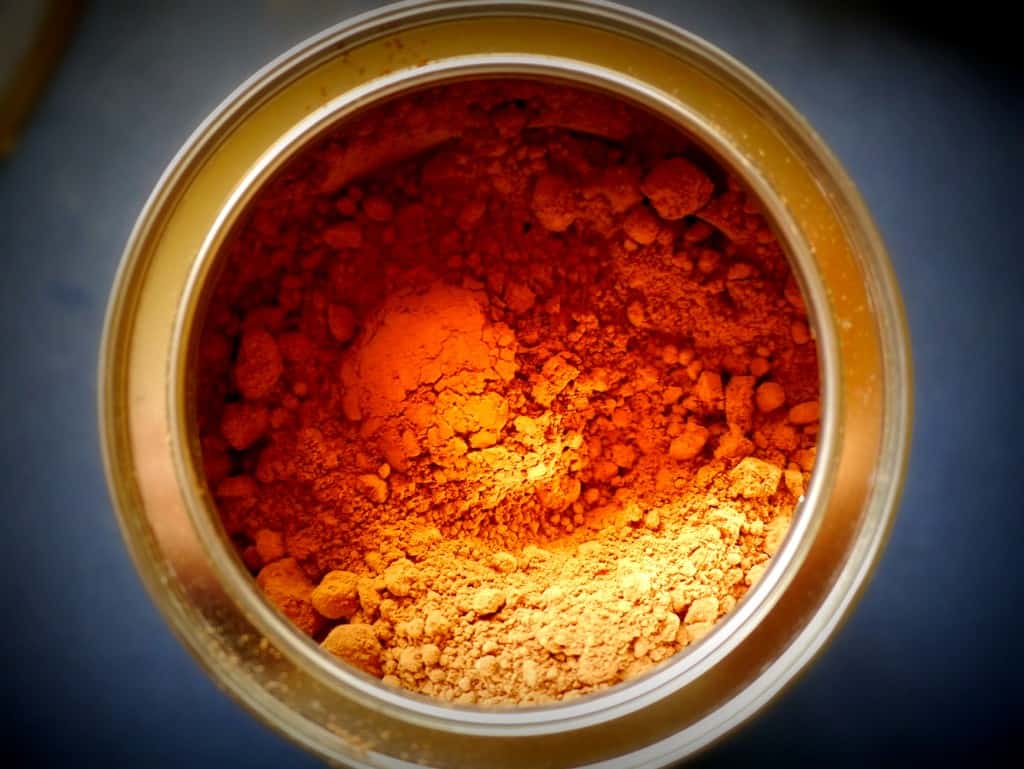 Cacao needs no introduction – yes, we’re talking chocolate! Raw cacao is made by cold-pressing unroasted cocoa beans. This is different to cocoa, which is made using roasted cacao beans and treating the powder with an alkaline solution (called Dutch processing) to produce a more mellow flavour. The processing also makes the resulting cocoa lower in nutrients, particularly antioxidants. Confusingly, the two names are sometimes interchanged, but raw cacao will always say “raw” on the label.

Not only that, raw cacao has the highest concentration of iron of any plant (double the iron in spinach), and is very high in magnesium. Cacao also contains potassium, manganese and zinc, and also the “bliss chemicals” theobromine, phenethylamine (a mood enhancer) and anandamide. These are what cause the happy feeling you get when you eat chocolate!

Serving suggestions: use raw cacao powder in smoothies, desserts and baking. If buying bars of chocolate, dark is best and the higher the cocoa content the better. 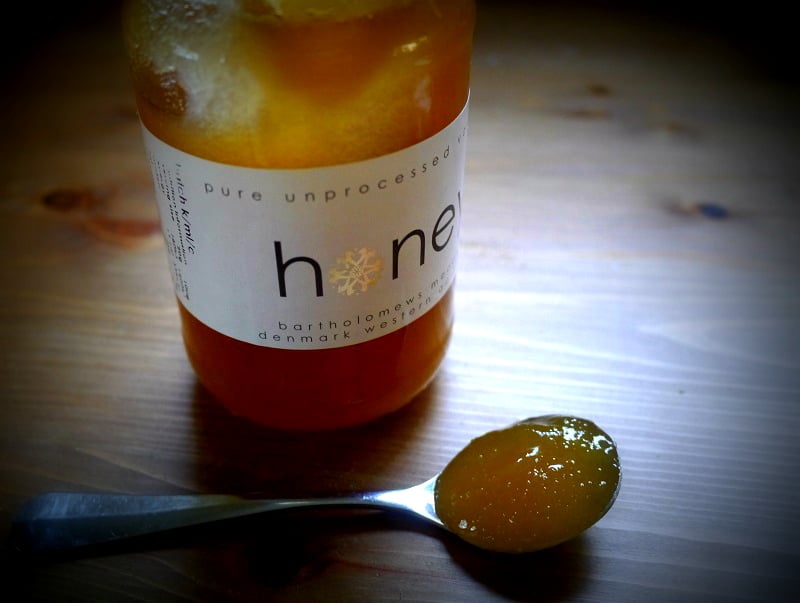 Honey has been used by humans for millennia. Cave paintings in Spain dating to 7000BC showing beekeeping practices, and Egyptian hieroglyphs from 2400BC showing bees kept in hives.

Honey has antibacterial and anti-inflammatory properties, and has been found to help burn wounds to heal more quickly. In lab tests, honey has shown antibacterial activity against bacteria including E. Coli, Salmonella and Staphylococcus aureus. Honey also helps soothe coughs and sore throats.

Antibacterial quality varies between different types of honey. Manuka honey is a particularly potent anti-bacterial honey, due to the presence of methylglyoxal (MG) found in manuka flowers native to New Zealand (you can read more about manuka honey here). West Australian Jarrah honey also has high antimicrobial and antibacterial properties. Generally, honey that is darker will have more antibacterial and antioxidant power. Raw unprocessed honey is considered better and more nutritious than regular honey, which has been heated and pasteurised.

Nutritionally, honey contains manganese, iron, zinc,selenium and calcium, plus B vitamins. Refined white sugar contains none of these!

Serving suggestion: anywhere in place of refined sugar! Drizzle on porridge, add to smoothies, include in salad dressings or use in baking as an alternative to sugar. 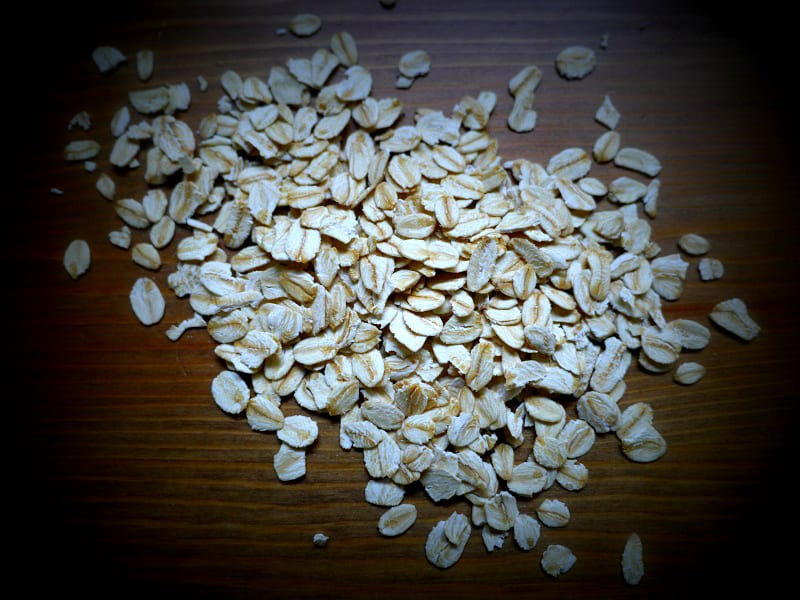 Oats are a grain that, unlike wheat, rye and barley, are naturally gluten-free. (NB Because oats are often processed in the same facilities as these other grains contamination may occur, so they are not usually considered gluten-free unless processed in a separate facility.) And yes…actually, oats are a superfood!

Oats contain more dietary fibre than any other grain. The insoluble fibre aids in digestive health, whilst the soluble fibre, beta-glucan, has cholesterol-lowering properties. Oats have been shown to reduce cholesterol levels due to the presence of tocotienols, reduce the risk of cardiovascular disease, relieve hypertension and to stabilise blood sugar levels.

Even when hulled, oats contain all three parts of the grain: the bran, endosperm and germ. This makes them wholegrains, meaning they retain their natural minerals and vitamins. Oats contain manganese, selenium, zinc, magnesium, phosphorus, molybdenum and iron, and also folate, B vitamins and vitamin K.

The other super thing about oats? They’re super cheap!

Serving suggestions: start the day with a bowl of porridge or make your own oat-based muesli, bake into cookies or cereal bars, or grind into flour. You can make oat milk by soaking oats, blending with water and straining.

You don’t need to spend a fortune to be healthy. Ordinary foods have super powers too!

How To Fly Plastic-Free (as Much as Possible)

Zero Waste Week is Coming Up…
Scroll to top