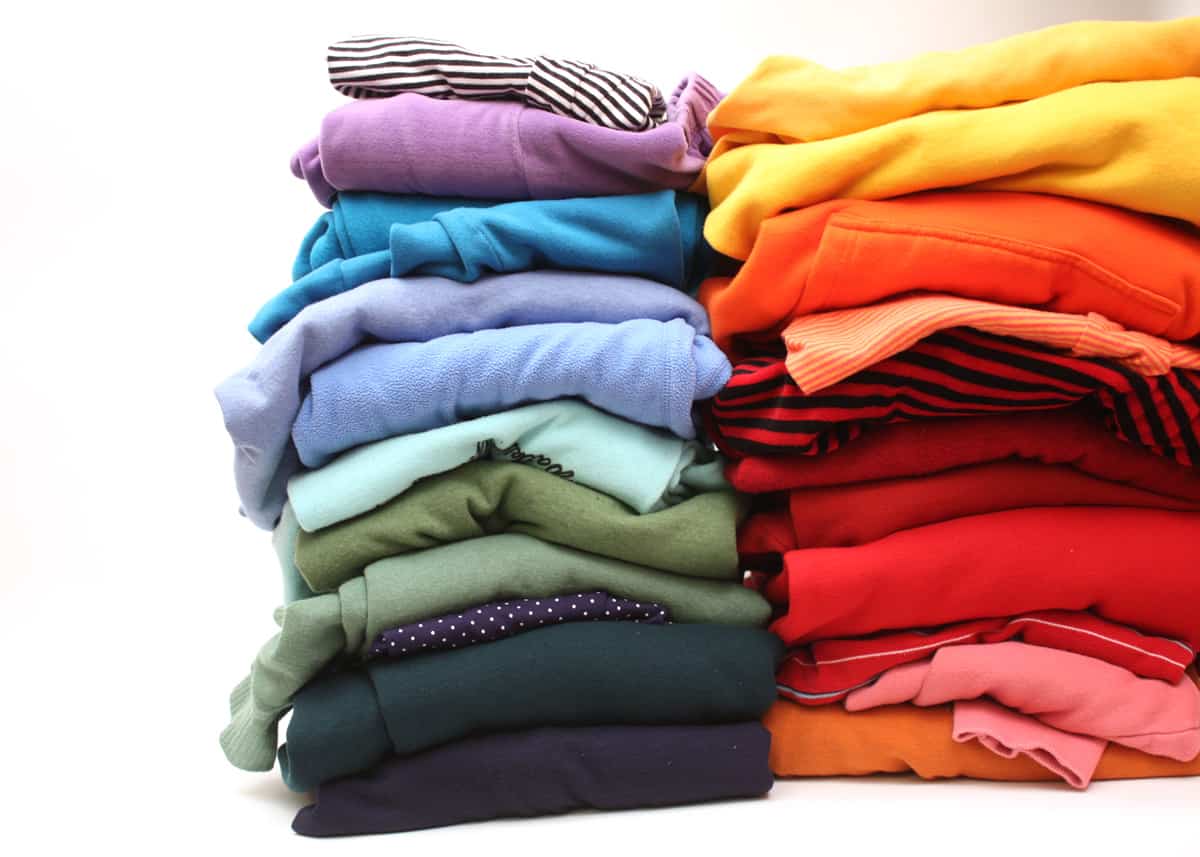 That was what Dame Vivienne Westwood, the famous British fashion designer, told the press after the launch of her show at London Fashion Week this week, as reported on the Telegraph.co.uk website.

I’ve got to say, I love her message. It’s something I’ve believed in for years. I remember going clothes shopping with my sister as a teenager, and we’d browse through the clothes rails and pick out bargains. When I asked myself if I really liked the item I’d found, how much it cost always came into the equation. “Hmmm, it’s £10 nice”.  Which meant, I like it because it only costs £10 – if it cost more I probably wouldn’t want it. Once I realised that I was only buying things because I saw them as a bargain, often never really wearing them, it made me question my buying habits. There were many reasons why I’d never wear the things I bought – they didn’t really suit me, I didn’t have the right occasion to actually wear it, it didn’t really fit properly… and many more. Every time I’d been seduced by price, but it had ended up being a false economy.

So I decided in my early twenties to take price out of the equation completely. When I was looking for something, I would only buy things that were absolutely perfect. I wouldn’t consider price until I’d found what I wanted – and then I’d check the price tag and decide if I was willing to spend that much. If something is perfect, and I’m sure I will wear it many times, I am willing to spend a little more. It’s a much better system than buying heaps of cheap items that were a “bargain” but that I’ll never wear. Not to mention cheap throwaway fashion that will only get one or two wears before they stretch, fade and/or become mis-shapen.

How has this worked for me? Well, I no longer need to go shopping in the sales. That stuff isn’t really a bargain – it’s all the stuff the store couldn’t sell at full price so had to discount to shift it. Why didn’t it sell in the first place? Whatever the reason (badly cut, odd sizing, strange colours), it may be a reason why the person who buys the “bargain” never actually wears it either.

I spend more per item, and I buy a whole lot less. I buy things that I like, that fit properly, and I know I will wear. Spending more on an item definitely guilt-trips me into wearing it, whereas it’s easy if something only cost a few dollars to cast it aside if you change your mind.

It is something I aspire to, but I’m not perfect. When I first switched from shopping in clothes shops to shopping at second-hand stores and on eBay, I had a brief phase of buying things solely because they were cheap. It seemed guilt-free as they were used items, but I still ended up with items in my wardrobe that I didn’t wear that just took up space. It seemed strange to spend decent amounts of money on second-hand items. Now I’ve changed my mind and if I find something I want, I’m happy to pay whatever the seller asks.

This year my sole non-underwear clothes purchases have been a second-hand jacket, jumper and skirt (plus a new pair of trainers). The jacket and the jumper were not super cheap as second-hand items go, but are really good quality and things I specifically needed. The skirt is an example of my hoarding tendencies and shows that I still have lessons to learn – it is actually the same as a skirt I already have and love, and wear all summer long, so when I saw the second one on eBay I had to buy it. Probably not necessary. Scrap that, definitely not necessary! Shows I still have a way to go!

Back to Dame Vivienne. Obviously her comment has attracted some criticism. Some think she is being hypocritical because she works in the fashion industry. Others think that by promoting quality she is actually promoting the sales of her own designer goods – her comments were simply a way to sell her products. Personally, I think that because she works in the fashion industry, she is in a better place to make her comments and have her views listened to. You need insiders to help make change in every industry, and fashion is no exception. Of course she wants to make money from her work – but you don’t see racks and racks of cheap Vivienne Westwood garments in every store you step into. She doesn’t produce wear-once-and-throw-away items. The comment about buying better quality seems less likely to be a cheap marketing plug and more likely a reference to the irresponsible, sweatshop-produced, poorly made rubbish that flies of the shelves each week – and ends up in landfill in the weeks after that. Not everyone can afford her prices, but that doesn’t mean we can’t all spend a little more ensuring the items we buy are things that are made responsibly, that we’ll love and wear many times. As Dame Vivienne said:

“Instead of buying six things, buy one thing that you really like. Don’t keep buying just for the sake of it.”