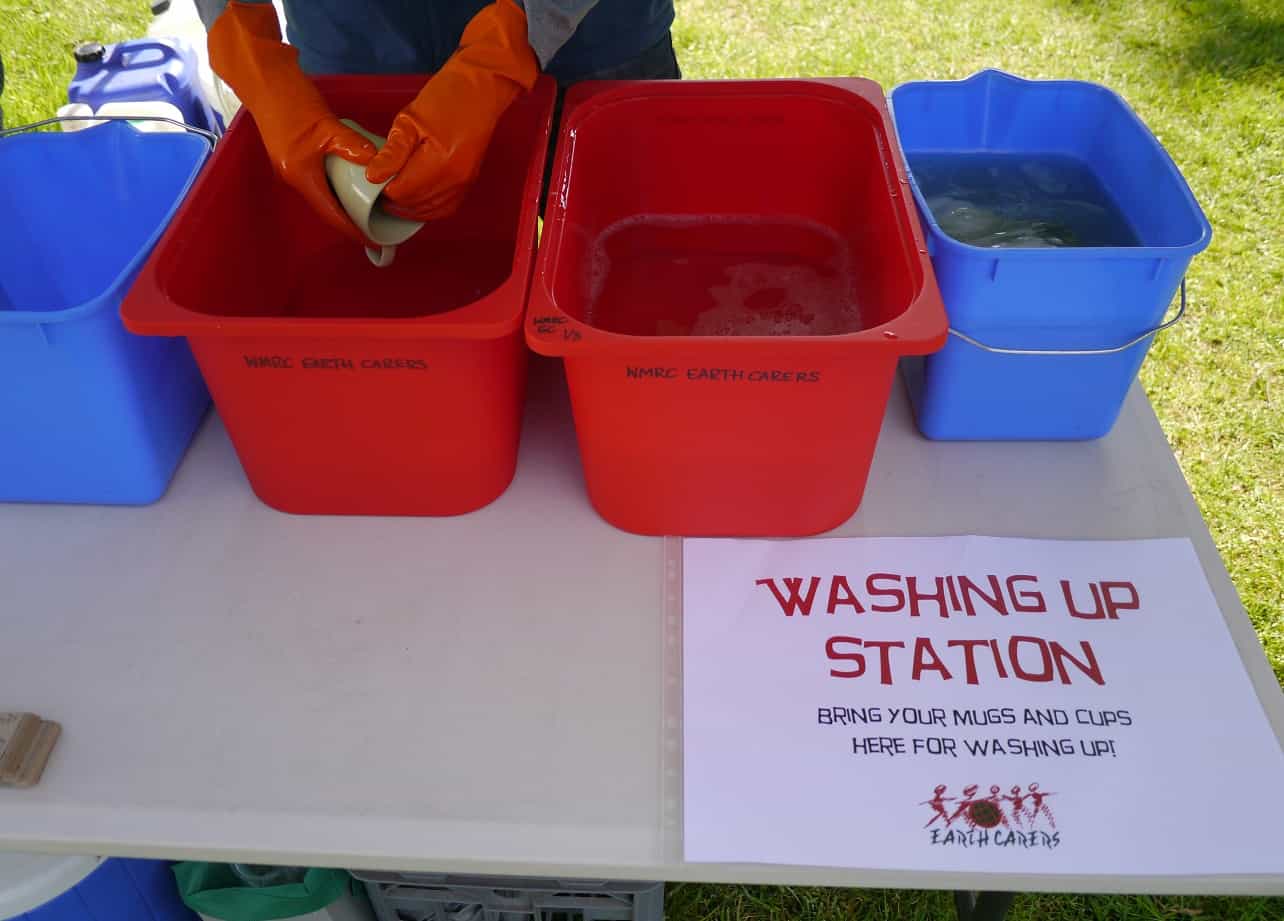 Okay, so maybe I’m misleading you. It wasn’t the whole weekend. In fact, it was for a little over three hours on Sunday – but that doesn’t sound nearly so sensational, does it?!

I was volunteering with the Earth Carers – the fantastic group of people who came up with the Plastic Free July campaign. One of the local councils in our area was organising a family fun day called “Celebrate Lake Claremont”, and the Earth Carers decided to run a washing-up station next to the coffee stand so that all the coffees sold would be in ceramic cups – which we would wash up – rather than disposable takeaway containers. They ran a similar stall at the Mosman Park Eco Fair back in June which was a massive success and eliminated disposable coffee containers completely at that event. This was the inspiration to try to offer free washing-up stations at other events… and this one was next.

We do what we can on an individual level. My boyfriend and I haven’t purchased anything in a single-use disposable food container of any kind since July 2012. But we’re just two people. There’s only so much that we can reduce with our own habits. There’s a whole world out there that needs educating, or inspiring, or motivating to change too. So what better way than to get out there in the community and make it super easy for the people at the event to lower their impact?

You’d think that everyone would be totally supportive of such a service. We rock up for free, bringing our own standard barista-sized ceramic cups, and wash them free of charge for the consumers before returning them to the coffee stand for re-use. What’s not to love?

So we set up a system to maximise the cleanliness of our cups. We had a four-bowl dishwashing system, with the cups moving from the bowl on the left through the middle bowls to the bowl on the right, and the water getting hotter with each bowl. The last bowl, with the water at 70°C, was for the final rinse. We didn’t make it up either – apparently this is a recommended practice for washing-up stations (we asked Google, although I can’t actually find the link now to share with you).

In the three hours we washed up about 100 cups, probably more. Whilst it doesn’t even make a dent on the number of cups being sent to landfill (it is estimated by KeepCup that 1 million cups end up in landfill EVERY SINGLE MINUTE), it is far more than I am stopping heading to landfill with just my own individual action of using a reusable cup.

This is why it’s so important that as well as doing the best we can on an individual level, we try to get out there and inspire change at a community level. We can achieve so much more. It may be small, but it was still 100 cups that would have ended up in landfill without our intervention. It is more than just numbers though – it’s all the people we spoke to and explained what we were doing and why, who will take that message with them. We’re helping the idea to spread and the word to grow. Imagine if every community event, or every other event, had a washing-up station and a zero disposable waste policy? Imagine how many we’d reduce then?

If I want to see change happen, I personally need to do something about it. I can’t just sit around lamenting that other people don’t do enough. I need to get out there and do what I can to make it easy for other people to do more. Which is why I gave up my time on Sunday to wash up other people’s dishes.

Observations of an Australian election

Everyone buys too many clothes…
Scroll to top