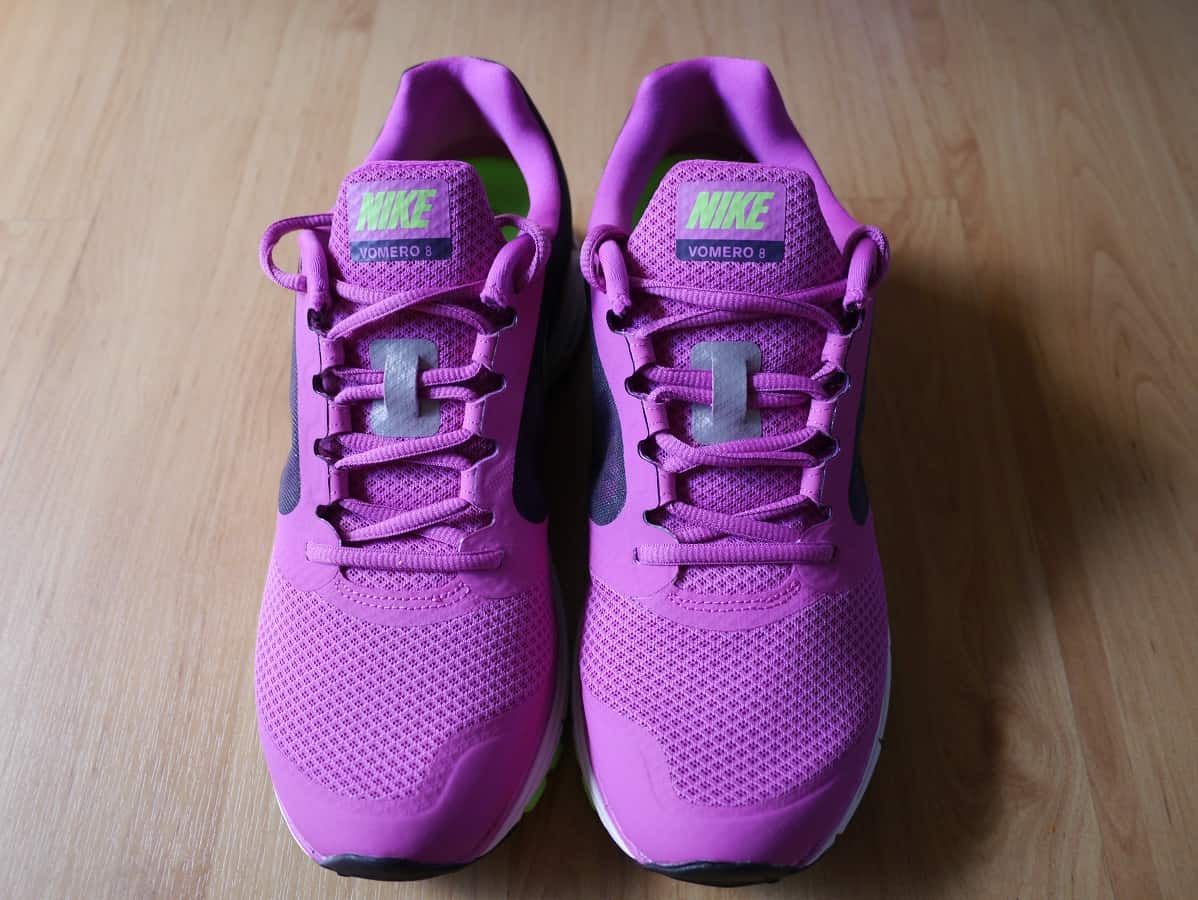 This weekend was a weekend of firsts. I bought my first pair of running trainers since I was at school – and that was a good while ago now. I also paid full price. That’s something I hardly ever (never?) do. What’s going on?

At the start of the year my boyfriend and I decided it would be good to actually get in the habit of exercising. My brother had just started a running programme which he’d found online – the official British army fitness programme, no less. He had persuaded his girlfriend to join in and they seemed to be having some success – and more importantly, some fun – with it. I don’t know whether it was the New Year when all those good intentions are at the forefront of our minds, or the glorious sunny weather (oh it is lovely to be in Australia after New Year when the evenings are still light and the sun is shining) that inspired us but my boyfriend and I decided to give it a go.

Neither of us are runners. I often tell the story of the (one and only) time that I entered a fun run, as a teenager. I was THE LAST PERSON to finish. I was beaten by the eight year old who had missed her own age-group race and had taken part in ours. I was also beaten by a boy who had a twisted leg, possibly as the result of polio, and was registered disabled. The mayor (who was at the finish line to hand out medals) laughed at me. No, running is not my thing.

(I probably should add here that I do actually enjoy sport. I was a member of an athletics club in my teens – I used to pole vault! I trained really hard, competed and was ranked pretty highly for my age-group. Even then, I could never run more than 300 metres without feeling the need to collapse.)

Not being one to spend unnecessary money, I decided to make do with the shoes I had. I had a pair of Onitsuka Tiger ‘trainers’ that offer zero support and zero cushioning, and I figured they’d be fine. I didn’t want to splash out on new shoes if this was just a fad.

The running programme was surprisingly fun. The trainers, however, were not. I pulled a muscle in my hip. I twisted my ankle. Almost every time we went running my knees would hurt, then swell, which meant they no longer hurt but I’m sure I wasn’t doing them any good. As we progressed and the running times got longer, my knees got worse. Eventually, a combination of cold weather, rain and sore knees made me retire for the winter.

Can you spot the cushioning? No? Ah, that’d be because there isn’t any! No wonder my poor knees were suffering!

Well spring is fast approaching, and I want to get back into the swing of doing some physical activity. Coming home from the farmers market on Saturday we walked past a trainer shop and decided to go in. I had no idea what I needed, so what better than to get someone-who-knows-what-they’re-talking-about’s opinion?

They did all their measuring and made me walk on a funny machine, and then handed me a few pairs of shoes to try. They were all in fluorescent colours. Apparently that’s what the cool kids are wearing these days. Alas, I’m not a cool kid, but non-cool kids don’t seem to have a choice. The ones that fitted best were hot pink. Anyone who knows me will know that hot pink is NOT my colour. Once they’re teamed with my old tee-shirt with the holes and my shorts that are about 10 years old, I’m sure I’ll look a sight. Hopefully though, my knees will love me for it.

Once I found the ones that fitted best, I looked at the price. Not cheap. I knew I could get them cheaper on the internet. Australia is pretty pricey for most things, and high-street shops are always more expensive. But there’s no way that I could have gone on the internet without the help of the girl in the shop telling me what was suitable and ferrying back and forth the boxes of shoes, plus there was the machine that told us what I needed in the first place.

Have you ever bemoaned the loss of small independent shops? The loss of the high-street? The fact that global companies like Amazon are taking over, squeezing out the little guy and affording to do what they do because they can structure their business in ways that mean they don’t pay tax? Why else are all these Head Offices in Switzerland and Luxembourg?

I know I have.

I don’t buy new things very often, but although I desire to be a responsible consumer, I do I ALWAYS look for the cheapest price. That’s not always what I base my final decision on – I try to support more ethical companies even when they charge higher prices and there are some companies I’d never give money to regardless of price – but it’s always something I consider. I’m improving all the time, but I’d love to be better. So for the first time EVER I didn’t check, didn’t even wander to the other shoe shop a few doors away just to look; I handed over my card.

Of course, when I got home I did have a look on the internet. Of course I found them cheaper. Not, actually, in hot pink, but in hot coral. Is that a better look?! Who knows. I wasn’t annoyed, though, and I was glad about that. It was pretty obvious I’d be able to get them cheaper. Now I’ve had more time to think about it, I’m actually really pleased. I’m pleased that I resisted the urge to leave the shop and waste that girl’s time just to save a few dollars. I supported a local business. I feel like money has a tiny little bit less of a hold on me than it did before. Plus, because I paid full whack for them rather than getting a bargain, I have so much more incentive to make sure they get a LOT of action.

How ethical are our trainers?
Scroll to top