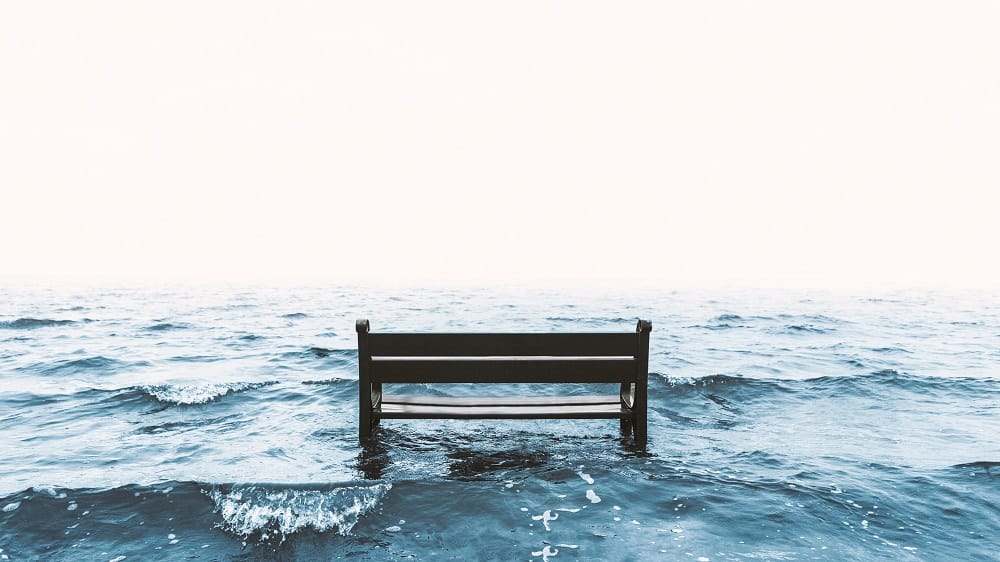 I think we are all agreed, there is a lot of stuff in the world. Too much stuff, some might say. And if we want to reduce our footprint, it is much better to own less stuff, share more stuff, and avoid buying the shiny new stuff where we can.

But how do we go about that, exactly?

Answer: there are loads of places to look. Let’s start with the obvious ones, and move onto the less-than-obvious ones. Let me know of anything I’ve missed in the comments!

It isn’t enough to donate our old stuff to the charity shop, and then go buy our replacement items from the big box or department store. Charity shops only sell about 15% of everything that is donated.

To close the loop, they need us to buy more things from them.

I’m a big fan of platforms like these (and I talk about the ins and outs a lot more in my book) because of the way they allow sharing of stuff – most often for a price, but sometimes for free.

Online platforms allow us to connect with our neighbours – some with the sole purpose of buying selling, donating and borrowing stuff, and others with more broad community engagement over things like activities, security and pets.

Some platforms have dedicated membership sites (such as Nextdoor and Streetbank), whilst others use Facebook or Google groups (a quick search will reveal your local options).

Even where these platforms are national and international, it doesn’t mean they will be active in your area so have a look and decide if they are something to pursue or not.

I could wax lyrical about the Buy Nothing Project all day. In fact, I do. The project is a network of Buy Nothing groups, which exist to help us share with our neighbours, and they operate via Facebook. What makes them unique is that members can gift, accept and borrow things, no money (or even trade) allowed.

And it’s only possible to join one: the one where we live.

The things that are given away would surprise you – both for how great the items are, and for how crazy obscure they can be, too. I’ve been gifted a Dell computer monitor, an almost-new pair of shoes and a desk and chair via my local group.

But it’s not all glamour – I’ve also taken a half-eaten jar of chocolate peanut spread and given away a semi-chewed dog toy. Trust me, almost anything goes.

Similar to the Buy Nothing groups in that items are offered for free, Freecycle (worldwide) and Freegle (UK) are networks of people sharing items. The platforms are less user-friendly than social media or other newer networks, but they do the job.

Verge collections are the stuff of (my) nightmares. Most councils in Perth allow 2 or 3 verge pickups per household per year, and offer this service for free (well, included in council rates). It works like this: residents put all of their unwanted stuff out on the front lawn, a truck comes along and squashes it into little pieces, and off it goes to landfill.

Cue, sobbing from me.

Every time, the streets are laden with stuff. People throw out 5 mattresses at a time, they throw out perfectly good kids toys. They throw out kitchen appliances, furniture, equipment and even cardboard, metal and other recyclables.

Sometimes every house on the street can have a pile like this of mostly usable stuff, ready for landfill.

Some people love to rummage through the piles and score great stuff. Keeping an eye on verge collection dates in the more affluent suburbs can mean excellent finds, but every suburb has something to offer. I rarely go on the hunt (it upsets me too much), but I’ve rescued wooden garden chairs, an outside table, a worm farm, storage boxes and heaps of garden pots (including some terracotta ones).

The downside of verge collections is that for all the great stuff rescued, there is plenty of great and still-usable stuff going to landfill.

Borrowing stuff can be formal, such as joining the library. They have so much more than books – they have magazines, CDs and DVDs and board games. If you don’t want these, tool, toy and “things” libraries also exist.

Or borrowing can be informal: from friends, family, colleagues or neighbours. If we don’t know our neighbours, the Buy Nothing groups are a great way to make a borrow request.

This is how I was able to borrow a screwdriver to fix my coffee machine (the seal needed replacing).

We often confuse the need to use something with the need to own it. Maybe we need a gadget for a particular recipe, or a hook in the wall to hang a picture. But we don’t necessarily need the blender or the drill. We just need to use them. So we can borrow them instead.

Almost everything is available for hire, but these services aren’t as popular as they should be. We can hire dresses and suits, tools, furniture, glasses and flatware – and yet time and again, we buy it instead. My suspicion is that many people think hiring is a false economy – shelling out money for something with nothing to show at the end of it.

For me, this exactly the reason why hiring stuff is so great. We get to use things, then give them back for someone else to use – and we never have to worry about them again.

Not only do hired items arrive clean and ready to go; the hire company is responsible for maintenance. With glass hire, did you know many hire companies will also do the washing up for you?

We forget that it isn’t just the cost of buying stuff. It’s also the cleaning and the storage and maintenance. Because it’s only twice or three times as expensive to buy the champagne glasses rather than hire them, we buy them. We reason we will use them again. Maybe we will – but maybe not.

Once we own them, we have to clean them, and store them. We might need to buy more storage. This is how we end up with big houses with bigger rooms – to accommodate all this stuff.

It may not even be necessary to buy it at all.

Now I’d love to hear from you! Do you have any tips for finding second-hand items, or avoiding buying stuff? What are your favourite groups or networks? Is this something you struggle with, and what would make it easier or more accessible for you? Anything else to add? Please share in the comments below! 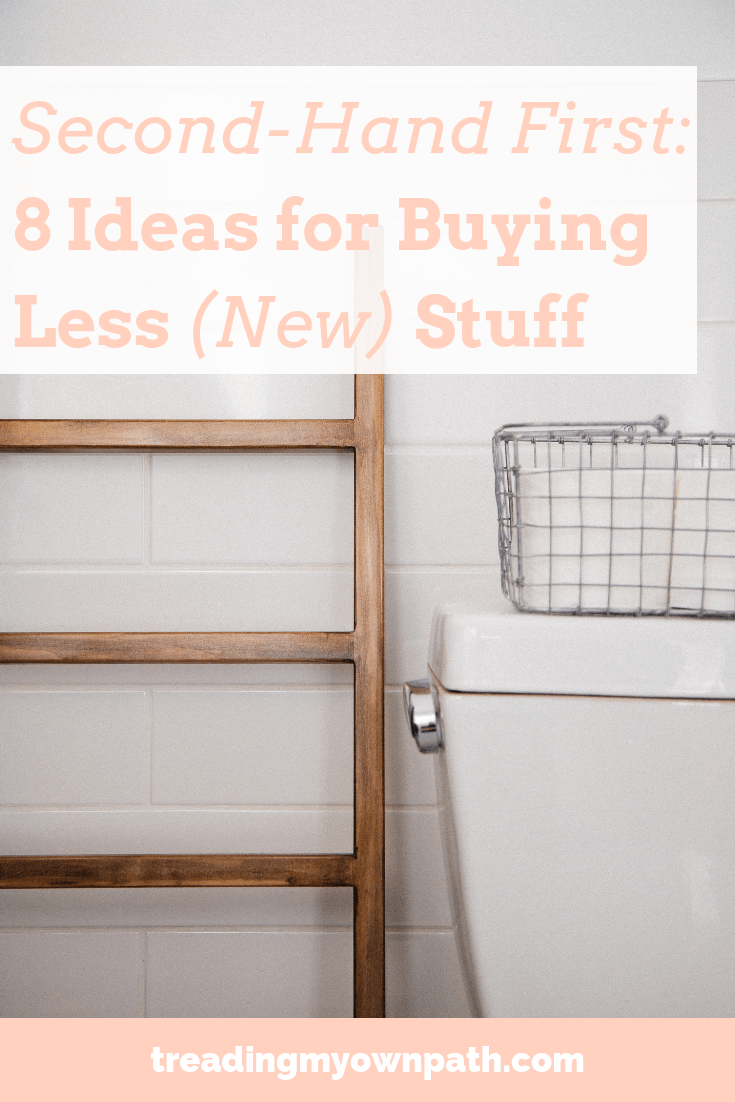 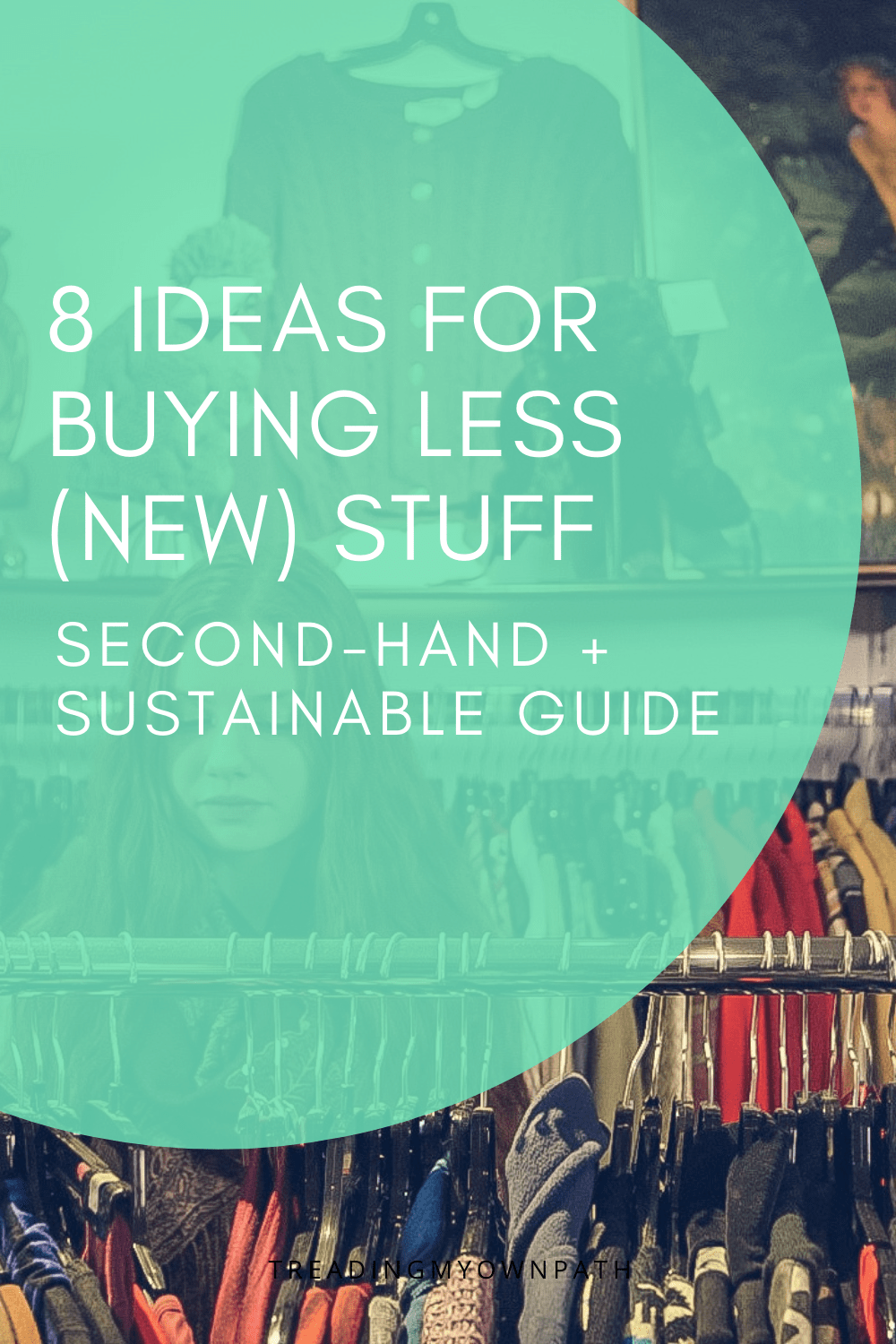 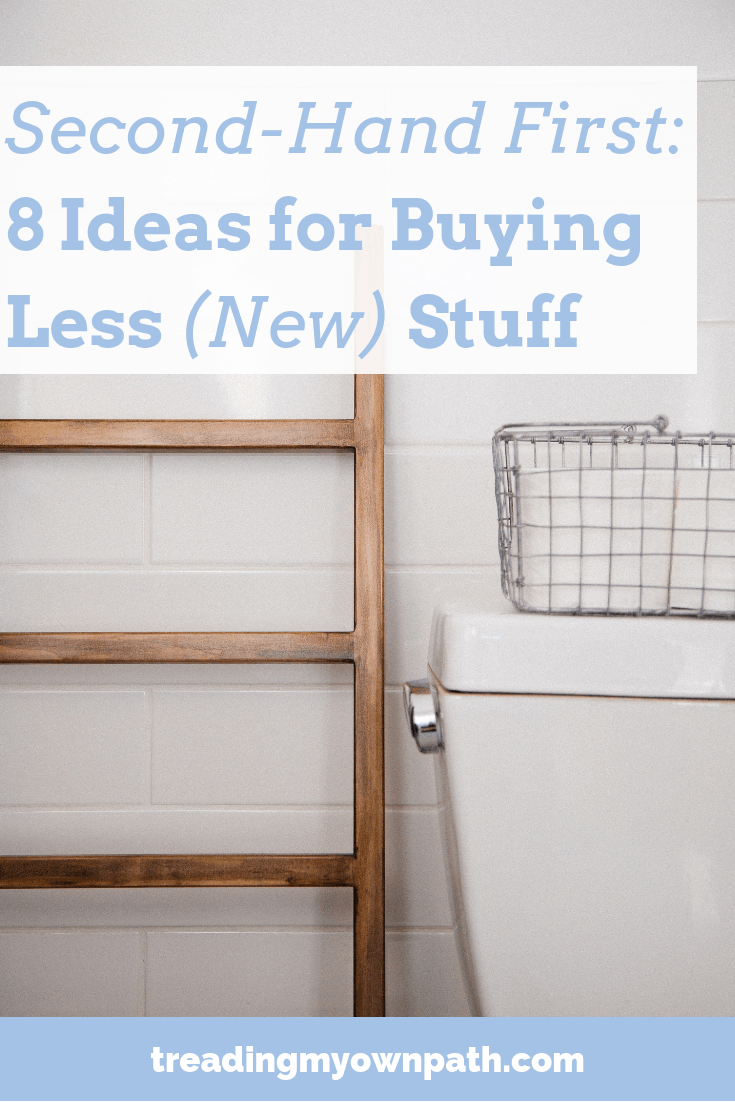