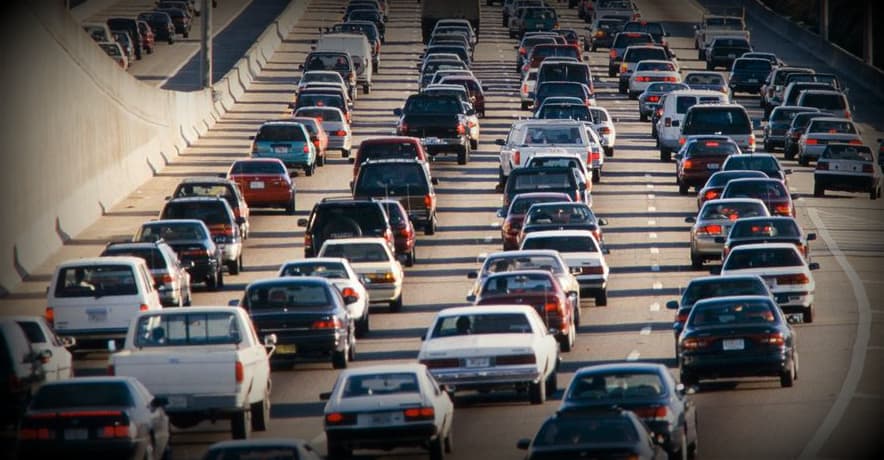 I mentioned at the end of last year that we’d been deciding whether or not to buy a car, and this drummed up quite a bit of interest from readers. Car ownership can be controversial from a minimalist point-of-view, a sustainability point-of-view, a zero-waste point of view... I thought I’d write about why we were contemplating buying a car in the first place, what our options were and why we ultimately decided to remain car-free.

Some Background – Our Changing Circumstances

We’ve known about this impending relocation for a while. Our new flat (which we move into at the end of the year) will be much closer to the new office – probably a 15 minute bus or cycle ride. It’s the 12 months before the move that are the issue. If I hadn’t just found a job where we currently live, we’d have moved closer sooner, but that was no longer an option.

Commuting isn’t much fun, and doubling your commuting time (with no compensation – it was the office location that changed, not the actual job) means losing a significant amount of free time. Glen doesn’t want to spend his evenings sat at bus stops.

With both of us working, there is less free time for errands, and a car might make things easier. We thought hard about the options.

The electric car appears to fit with our values. Scratch beneath the surface, however, and it raised a number of issues for us.

First up, electric cars are fairly new here, so there isn’t really a second-hand market. Buying a new car is expensive. One of the reasons I started working full-time was to save for the deposit for the flat. Buying a car would wipe out all that money. A new car would cost the same as my take-home salary for the year: they’d simply cancel each other out. Which rather defeats the point!

Secondly, there’s all that embodied carbon. Buying a new car is hardly a green option, whether electric or not. If we really needed a car, maybe we’d think differently, but this choice was more about convenience than necessity.

Thirdly, having an electric car without solar panels to charge it wouldn’t be ideal. The new house has solar but the current one doesn’t, so we’d need to plug it into the mains (powering it from fossil fuels). Our car port is not next to our flat, so we’d need cables and some ingenuity to manage to charge it at home.

All that convenience of having a car suddenly got remarkably inconvenient!

What about a conventional car? We’d never even consider buying a brand new conventional car. Old cars are affordable (assuming they don’t keep breaking down) and older cars how a lower footprint, even when their fuel usage is less efficient. The embodied emissions of a car (meaning the energy used in the mining, transporting and manufacturing of the parts and the building of the car) are thought to rival the exhaust emissions over its lifetime. T

he older a car is and the more miles it has clocked, the better.

The thing is, we like living without a car. We’ve made it work for us, and we like the lifestyle. My husband feels that not having a car is part of his identity. You can justify anything to yourself if you try hard enough, but we felt that car ownership might be the start of a slippery slope away from the path we’re trying to follow.

My husband was really taken with the idea of an electric bike. We have several friends who own them, so he was able to talk about them with people who could provide honest and helpful feedback. The appeal? An electric bike would make the 45 minute (each way) cycle ride to work faster, and less exhausting. The downsides: it’s still a bicycle.

There would still be days when it wouldn’t be practical. Going to meetings before work, or heading out after work, and the bike becomes a burden. If it’s pouring, you still get wet. if it’s a 45 degree day, you still get hot.

It wouldn’t be practical on the weekends if we were going somewhere together, as I’d still have my road bike. Buy two and the cost runs into a few thousand dollars. We have limited storage, they are very heavy and our flat is upstairs.

There’s definitely something to be said for doing nothing. It’s not about inertia or indecision, but about making informed choices. It’s a very minimalist approach to life – allow yourself to settle into your new situation before making decisions, especially if those decisions involve spending money and accumulating more stuff.

Rather than speculate that the commute would be too long, or the cycle ride too tiring, we decided that the best approach was to see how it actually panned out.

Why We Chose to Remain Car-Free

This year our focus is saving for a deposit on a flat, and spending money on other things is a distraction from this goal. Car ownership may give us increased convenience…but at a price. We’ve lived without a car for 3 1/2 years in Perth, and our circumstances have changed before, so there’s no reason why we can’t manage this latest round of changes.

My husband has embraced cycling to work. His current aim is 3 times a week, and whilst he found it quite tiring initially, he is definitely finding it easier. Rather than costing us more, his office move is saving us money (less bus / train fares), and his fitness is improving greatly! He is still contemplating the electric bike idea, but for now the pushbike is good enough.

Do you live car-free? Do you love the freedom it gives you, or find the inconvenience frustrating? If you have a car, is getting rid of your car something you’d consider? Would you contemplate getting an electric bike?! Please leave a comment below telling me your thoughts!

Minimalism: Things that I Don’t Have