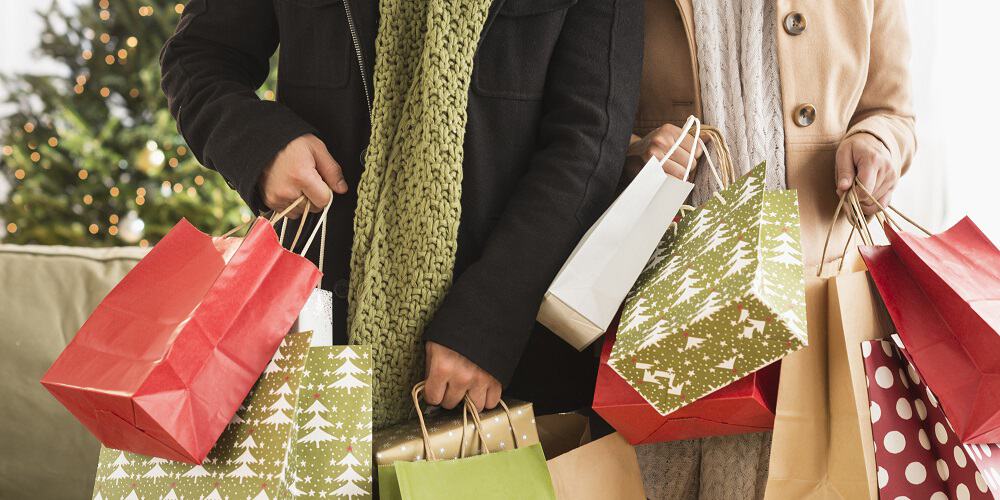 In less than two months, Christmas will be upon us. There are aspects to Christmas that I like. I like being able to spend time with family, to eat great food, and to relax. The bit I’m less keen on is the huge consumer-fest that goes with it. The huge amounts of stuff that get bought, the money that gets wasted, the stuff that gets wasted, the frenzy that comes with having to buy this for that person or that for the other person.

I’m not against presents. I love the idea of finding something perfect for someone, putting some thought in to find something that they didn’t know existed, something that they’ll love and use and enjoy. The thing is, at Christmas that generally isn’t what happens. People write lists, or ask for specific things which other people buy for them. Or maybe the gift-giver is worried about choosing the wrong thing, and so gives money instead. For birthdays this is slightly different but at Christmas the reciprocity of it all makes it a farce. You want a jumper, so someone buys you the one you choose. They want a torch, so you buy them the one they want. You both wrap them up and hand them over. You open the present you chose yourself. Assuming the presents cost the same amount, they effectively cancel each other out. You may as well have bought the jumper you wanted in the first place. Only, would you have actually bought it if it hadn’t been necessary to request a gift, or would you have spent the money on something else?

The older you get, the more quickly Christmas seems to come around, and the harder it is to buy things for people as each year they’ve accumulated more and need less. They don’t need anything, so we tend to buy things to replace things they already have – that probably don’t need replacing and haven’t worn out. Or worse – the dreaded novelty gift!

The thing is, my boyfriend and I may feel this way, but not everybody does. For me, quality time with the people I love is far more important than receiving gifts. That’s why I treasure experiences, and why I enjoy the family part of Christmas. But for other people, gifts are important. For children particularly, receiving gifts makes them feel special and loved. For some people that feeling must never go away.

Last Christmas, I made all of the presents that we gave to our family, except one (a vintage trinket pot that I’d bought before I decided to do a homemade Christmas). Basically I baked. For days. I love cooking and I enjoy it, and I figure that everyone loves eating! So I made biscotti, and cakes, and cookies, and biscuits, and spiced nuts, and flavoured sugar… I can’t remember everything, but there was a lot. I also cooked Christmas lunch. For my family in the UK, for whom homemade gifts weren’t possible, I simply didn’t send presents.

But after Christmas, I had doubts. I wondered whether I had assumed that because we like homemade presents so would everybody else. Because we wouldn’t expect presents or mind not getting any, no-one else would either. It didn’t solve the consumerism problem. None of the gifts we’d received were homemade. We also received gifts from my family in the UK – they hadn’t thought of our no-present idea as reciprocal. Everything we received was store-bought, and yes, we received some gifts that we didn’t really need or want. I don’t mean to sound ungrateful. I’d just rather people saved their money rather than feeling obliged to give us things.

We did a great deal of thinking. My boyfriend and I have concluded that we don’t need presents and we are happy for people not to buy us things. If someone thinks of a great appropriate gift then that is one thing, but we don’t need certain amounts spent or certain numbers of gifts on certain days of the year just because that’s what everyone else does. However, other people in our family don’t feel this way. They like to receive presents. And presumably because they like to receive presents, they like to give them too – even when asked not to. We’ve slowly come to understand that if we want them to understand and respect our wishes, we need to understand and respect theirs too. If they want and expect presents, then we need to acknowledge and respect that (whilst keeping to our sustainability/eco/waste-free values) and we can’t try to force our own ideas on them. What works for us might not work for them.

How this works in practice we don’t know yet. I guess we need to find the balance that works for our family, that takes everyone’s desires and wishes into account. Maybe one year we will do a proper family Christmas, and the next year we will take Christmas off. One year we indulge in the gift-giving, and the next year we don’t. Having not tried it yet, I can’t comment about how or whether it will work.

In the spirit of that, my boyfriend and I have decided to take this year off from Christmas. We’ve leaving the country on 7th December and not coming back until 3rd January, which means we will be missing everything. We will not be buying Christmas presents for anybody, including each other, and we are asking our family not to buy gifts for us either. Not before we go away, not for when we get back. No money either. Nothing.

This is the first time we’ve ever requested for our family not to buy us gifts, or give us money. It might be a big deal for them; after all, it’s going against the grain. It is a big deal to us, because it will mean that they respect what we want, and how we choose to live our lives. We hope that they will understand that we’re not buying gifts for them either. By saying that we don’t want gifts but we will be buying them for everyone else just complicates the issue – we don’t want anyone to feel the need to reciprocate. We’ve taken part in consumerist Christmas many many times, so maybe they can try things our way too. Just once. Hopefully in the future we can come up with something that works for everybody.

An accidental break from blogging…and some holiday snaps