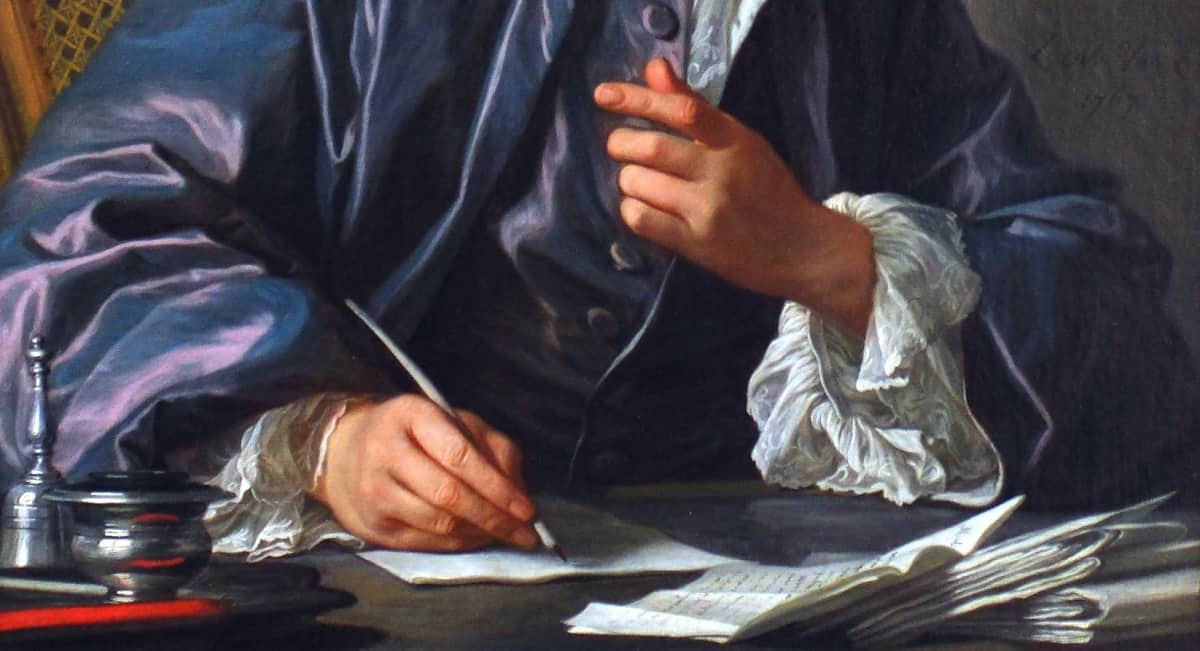 Have you ever felt that now your new shiny thing is making all your other stuff look bad, maybe it’s worth upgrading all of that too?

Before you act on you impulses and head straight back to the shops, be warned. It will only bring tragedy.

At least, that’s what happened to Denis Diderot.

Denis Diderot was an 18th Century French writer who was given the gift of a beautiful scarlet dressing gown. Initially he was very pleased with it. However, he felt his other possessions looked shabby in comparison, and slowly began replacing them with more luxurious ones that matched the splendour of the dressing-gown. His straw chair was replaced with a leather one, a wooden plank bookshelf was replaced with an amour, some unframed prints were replaced with more expensive artwork. Not only that, but new items were added: a writing desk, more art, a bronze clock with gold edging and a large mirror over the fireplace. He wanted his home to be as luxurious as he felt whilst wearing the gown.

These new purchases spiralled Diderot into debt, and led him to write the essay “Regrets on parting with my old dressing-gown, or a warning for those who have more taste than fortune”. He came to regret his new purchases, all the result of the scarlet dressing gown, and wished he had kept his familiar old dressing gown.

“I was the absolute master of my old robe. I have become the slave of the new one.”

Diderot was the first one to write about it, but the experience he writes about are actually a recognised social phenomenon – the process of spiralling consumption resulting from dissatisfaction brought about by a new possession. It’s called the Diderot Effect.

Next time you buy something new, you’ll probably feel some dissatisfaction with your old things. That’s understandable; no doubt the new thing is bright and polished and shiny and packaged splendidly. However, you can be mindful of these feelings without acting on them. Remember Diderot’s lesson. Let the feelings pass. There’s no need to rush out to the shops to replace everything else too. Shiny new things fade with time. Unpaid credit card bills don’t.

How to make your own baking powder