Last week my boyfriend and I went to a Water Smart workshop, which was about both the issues Perth is facing with water demand and supply, and how to use water sustainably. On the way home, my boyfriend commented that he wasn’t really motivated to make any changes to our lives, because water didn’t seem as important as other things, like power or transport. I was inclined to agree. I think greywater systems and rainwater tanks are fantastic, but we don’t own our own house, so this is something for the future. It is something I’d definitely do in the future, but it’s probably a long way off, and not relevant to us now.

Now don’t get me wrong. I try to conserve water where I can. I don’t run the tap whilst I’m brushing my teeth, I don’t have long showers, I wash vegetables in a bowl of water rather than under the tap. Mostly. But some of the things they were talking about seemed a little – extreme? That’s probably not the right word. One of the things that was suggested was having a bucket in the shower to collect the excess water, which you can then put on the garden, or use to flush the toilet. Okay, so that’s not ‘extreme’ (it’s just a bucket), but it is going to mean that any visitors to our house will think I’m a little eccentric. Or a hippy.

And there are problems. Maybe I should call them barriers. Firstly, we don’t have a garden. We live in a tiny flat on the first floor where not even the balcony gets any sunlight so we can’t grow anything. There is a communal patch of lawn, but I’d have to lug a bucket of water down the stairs each day, and if I’m honest, it doesn’t seem worth it. Now if it was my garden I’m sure I’d think differently, but it’s not.

The second thing is that we don’t actually pay for water. The water usage for all the flats in our block is charged to and paid for by the strata (management) company, which then charges the owners as part of the management fees. So as tenants, we don’t pay. Now if we had to pay for our water usage the cheapskate in me would be watching every last drop, but when it’s free…?! Where’s the motivation then?

Now the irony is that we walked home talking about how water is just there, it comes out the tap, you never need to think about it. But the next day I happened to be at home, and I went to wash my hands, and no water came out of the tap. Puzzled, I checked the kitchen tap. No water there either. So I waited half an hour, and then went and asked the neighbour, who said she was having the same problem.

I rang the Water Corporation, who said it was nothing to do with them, so I rang the Letting Agency, who said they’d send a plumber (they lied). It was then that I realised that I only had enough water in our water filter for THREE CUPS OF TEA. And to top it off, the weather was freezing, and it was definitely a more-than-three-cups-of-tea day.

After 6 hours of not being able to wash my hands, do any dishes, drink anything (the water had long run out), have a shower or flush the toilet, I admitted defeat and sought refuge in my boyfriend’s parents’ house, with its plentiful supplies of water and tea. When I finally returned to our house the next day, the water was back.

I think this was meant as some kind of lesson for me. It certainly made me realise that I take water for granted, and it would be pretty terrible if I didn’t have any. And it was a pretty big coincidence, so I decided it was best to take something from it. And so we’ve decided to get a bucket and put it in the shower. 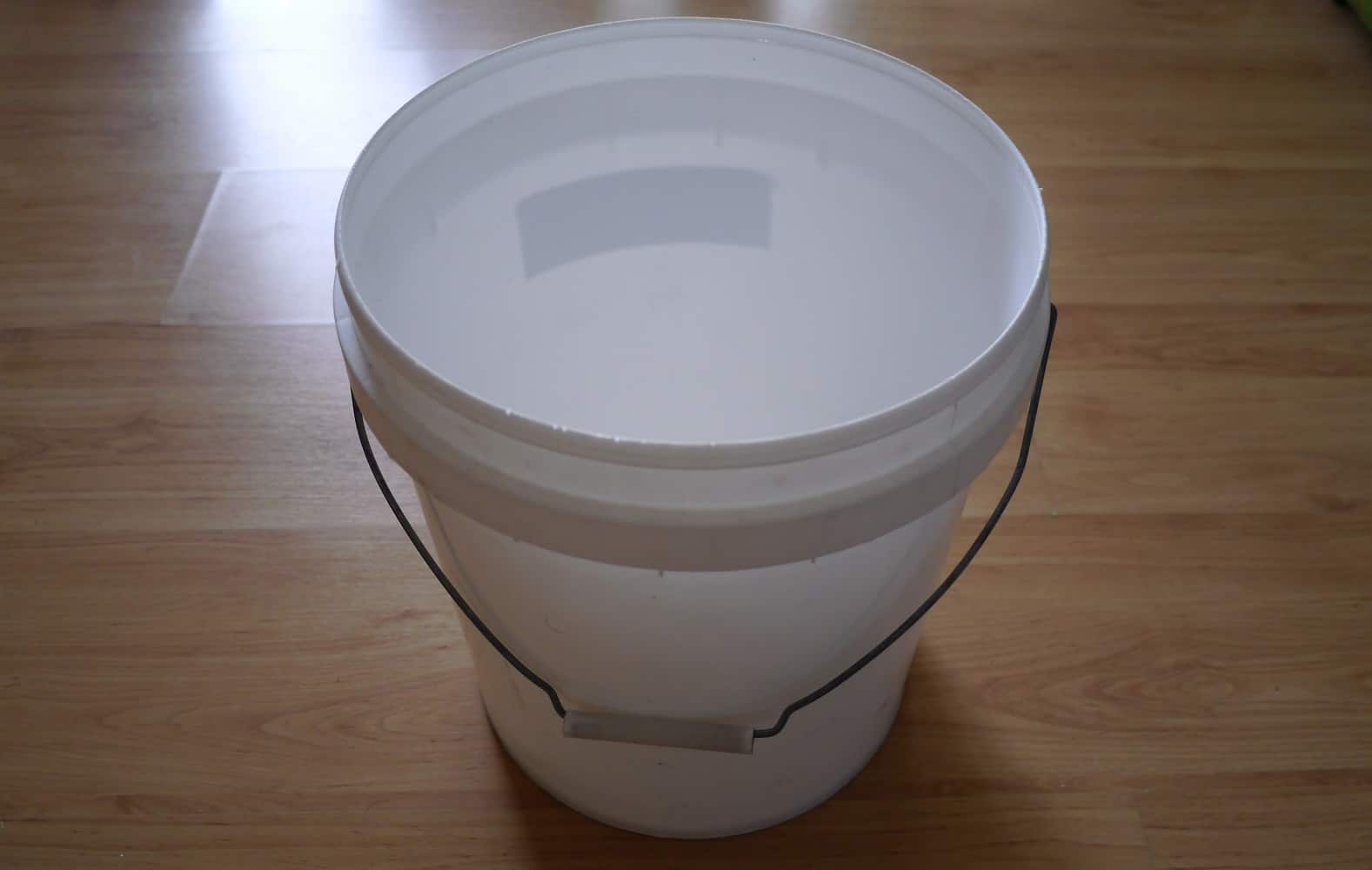 After a week or so of hunting – I didn’t want to buy a new one because buckets are the kind of thing that always get tossed on the verge –  I salvaged an old plastic container with a handle, and it has been ‘installed’ (or rather, put) in the shower (which fortunately is pretty big). It had it’s first use this morning. Interestingly, one four minute shower filled the whole thing. And it weighs an absolute tonne when I pick it up. Goes to show that moving all that water must require a lot of power too, something you don’t really think about.

I’m still not entirely sure what I’ll be doing with the bucketloads of water we’ll be generating. The first lot was used to flush the toilet. As it’s too heavy to carry anywhere, that’ll probably be where it always goes, unless I can think of a better option. But I guess it’s a good habit to get into, for when I do have a garden, or when the water gets disconnected again, or when Perth’s reservoirs finally run dry.

And I’m feeling just that little bit more sustainable. As well as a bit of a hippy.

My new minimalist living space (the confessions of a hoarder)