You’ve probably heard of nanotechnology. Well this post has absolutely nothing to do with that. I’m talking about nanna-technology.

Our tiny flat is leaky. In winter it leaks warmth. Australian houses just aren’t built to stay warm in the cold months, they leak warmth, letting the heat out (but letting it all in during the summer, when everyone is trying to keep cool). In our tiny flat, there are gaps between the door frame and the wall where you can see straight through to the outside. I’m not talking about the gap between the door and the door frame, although of course there’s a gap there too, but a gap between the actual door frame and the wall. Crazy. There’s also a space of about an inch under the front door, and another at the balcony door. The windows are single glazed. Even when they’re closed I can feel the cold air breezing in. And the window in the bathroom actually has a three-inch gap where there is no glass at all. 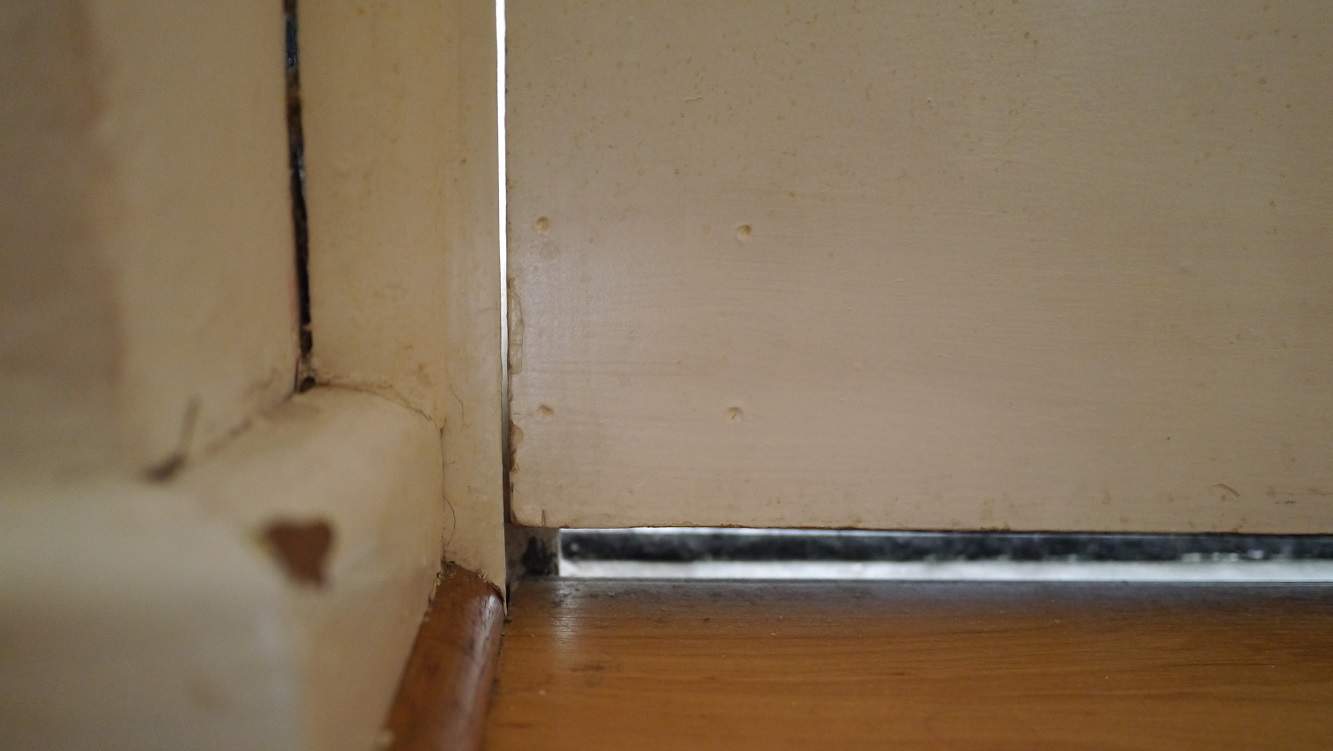 I’m not joking either! The gap at the bottom of the door is big enough for me to put my whole hand underneath, right up to my knuckles! And these gaps mean cold air coming in.

All this means that in winter inside the flat it can get quite cold. You may think of Australia as sunny and warm (I thought that before I came here), but in Perth in winter 2012 the minimum temperature averaged 6.7°C at night, and some temperatures were below zero (statistics here).

We rent our flat. We can’t just replace the door frame, install double-glazing or add roof insulation to make the place warmer. Even if we didn’t rent, these things can be expensive to install. But if we don’t do something, we’re going to spend a fortune trying to heat the place, and the heat is just going to escape outside through all the gaps.

So this brings me back to nanna-technology. If you’re suffering from the same problem as me, don’t just admit defeat and crank up the heating. Ask yourself, what would Nanna do?

You don’t always need to spend money to find solutions. Don’t let expensive solutions that you can’t afford be a reason not to do anything. Just try to find solutions with what you have. After all, if your house is drafty you’ll spend a fortune in electricity or gas trying to heat the place up by burning fossil fuels.

To help plug the gaps under the doors, I’ve made two draft excluders using some spare towels and a few elastic bands. They may not look catalogue-perfect, but as long as they’re doing their job and I’m not cold, I don’t care!

Just looking at these guys makes me feel warmer!

Last winter was my first winter in Perth, and I wasn’t prepared for the cold or the drafty-ness.  This year, I say bring it on.

One of the first things I noticed once we stopped buying plastic packaging was that our rubbish bin was now filled almost exclusively with organic waste – vegetable peelings, fruit skins and cores, leaves and the like. In the UK our local council had provided a brown bin for organic waste, which was industrially composted, but here in Perth Australia it was heading straight to landfill.

This meant someone was driving a truck to our flat, picking up our organic waste, driving it to a landfill site, dumping it into a hole in the ground and covering it with rocks. With fuel and machinery costs, wages, increased pollution from vehicle emissions, and the resulting contaminated land, it seemed like a lot of energy (and effort) was being wasted dealing with something we could potentially deal with at home.

And so I built a worm farm! I use the term ‘built’ loosely, as there was no actual building involved. In fact, it is dead simple. Additionally, we spent ZERO! Nothing! Zilch! 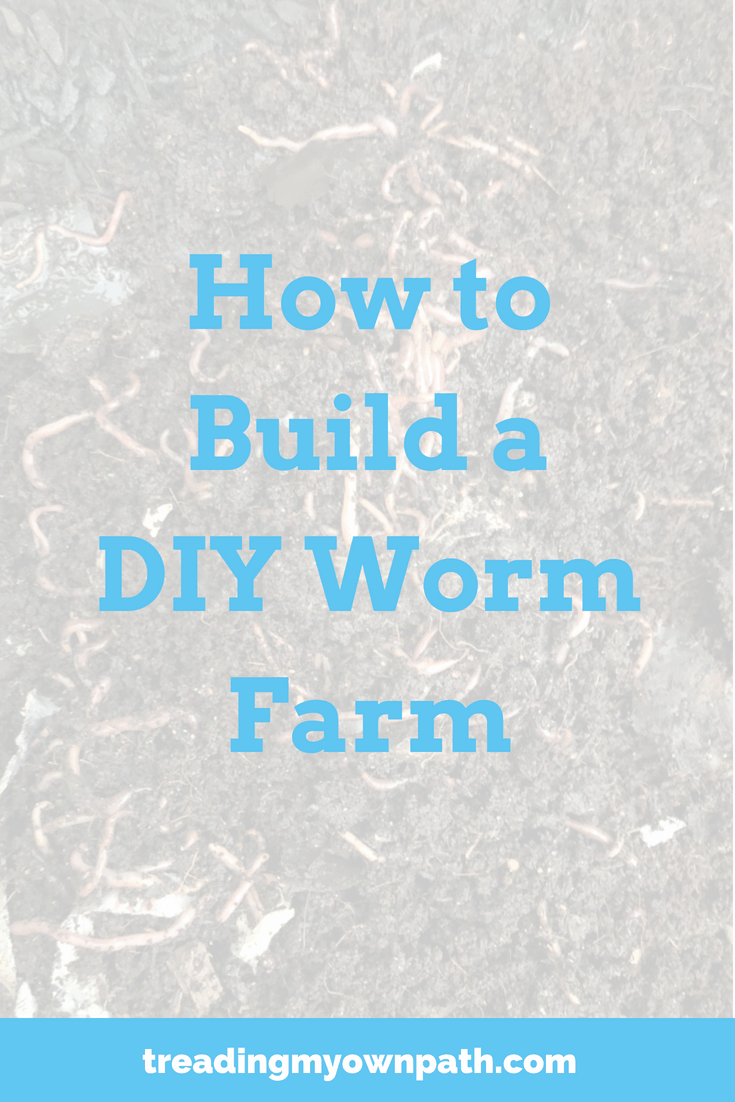 We salvaged two polystyrene boxes with lids from our local supermarket. I just went to the Fruit & Veg section and asked a member of staff. In Australia, vegetables such as broccoli and Brussels sprouts are delivered in these, and once emptied of stock, they are simply thrown away. The boxes need to be the same width and length, but the same depth is not necessary. 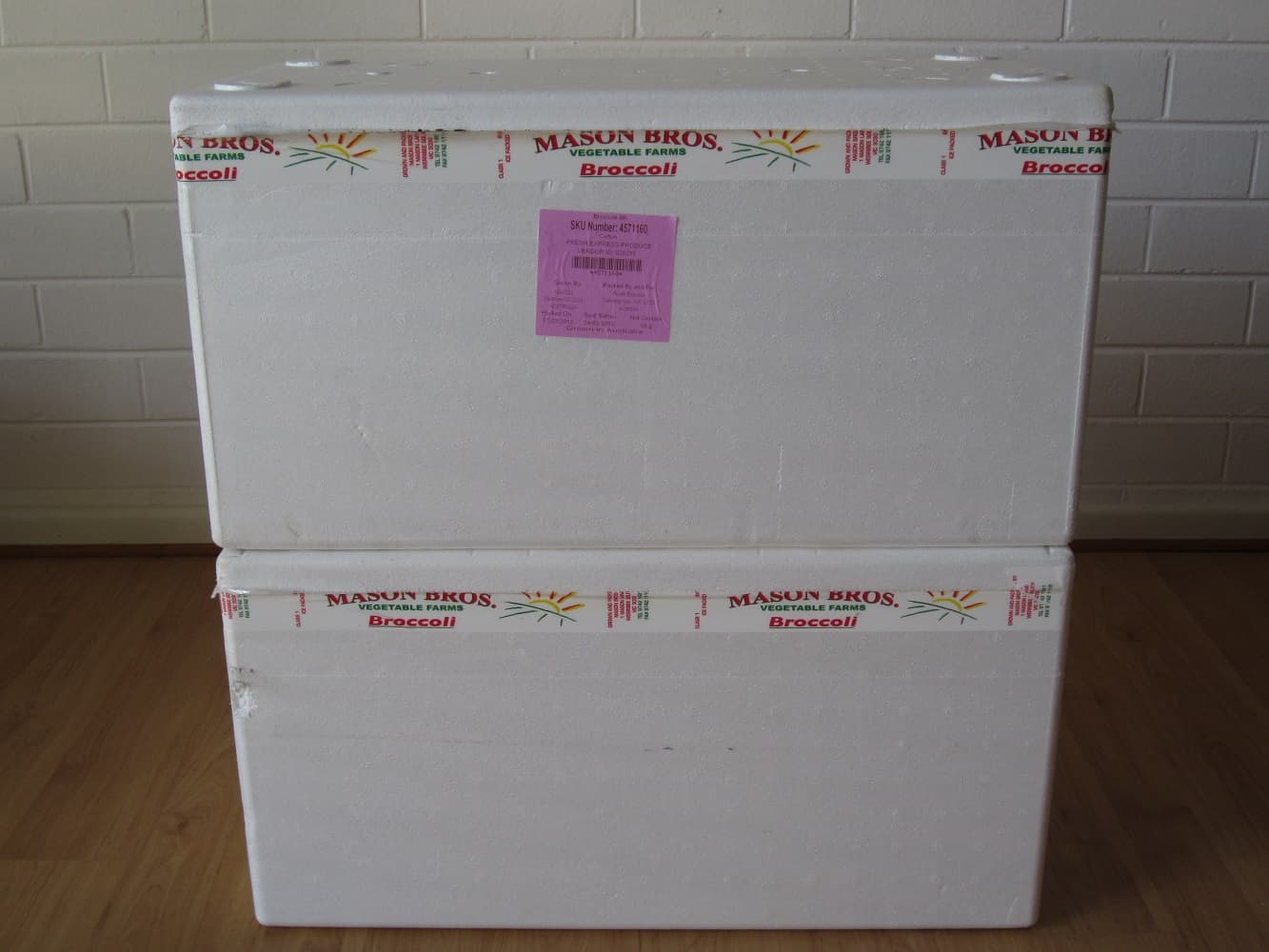 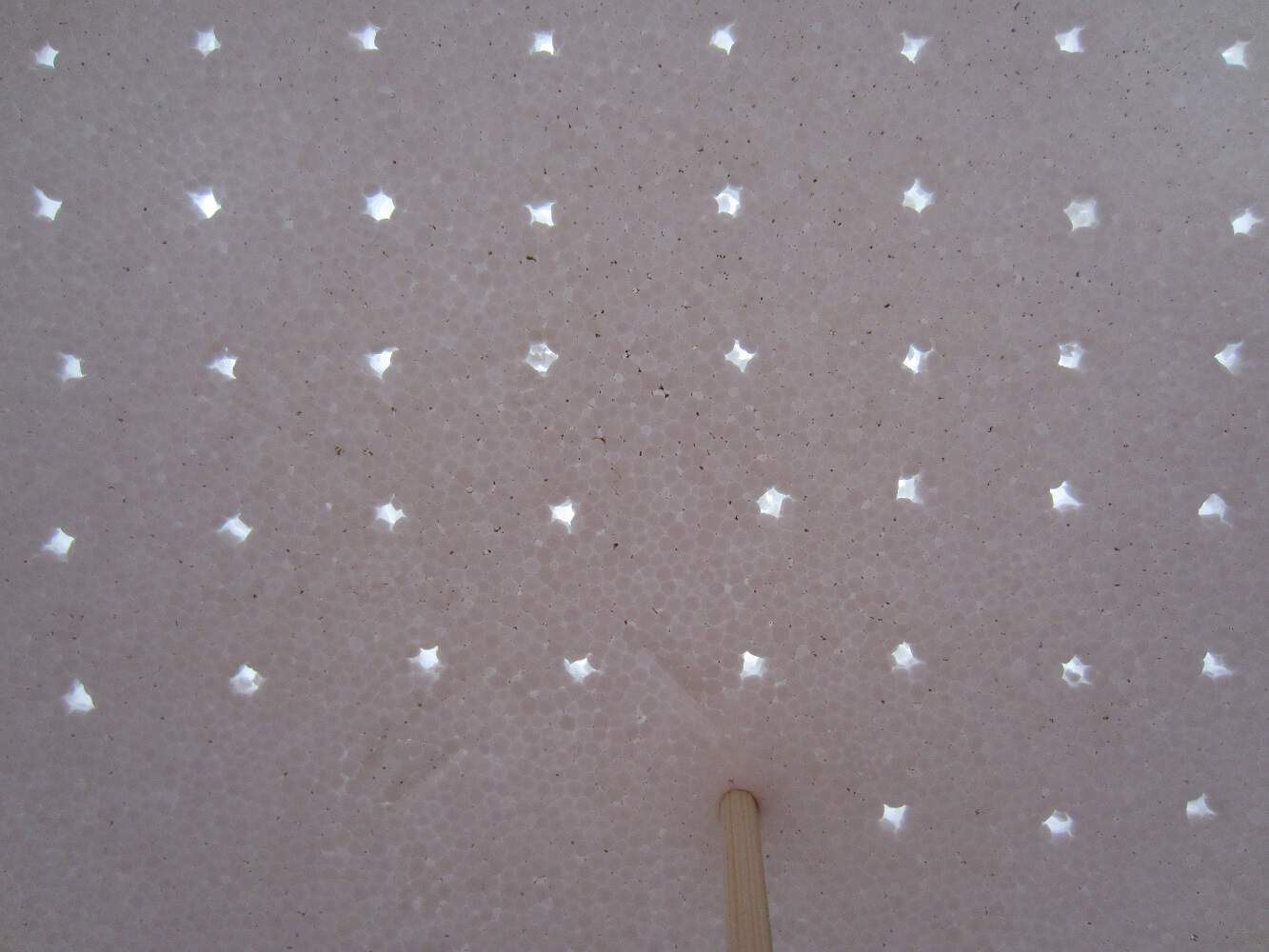 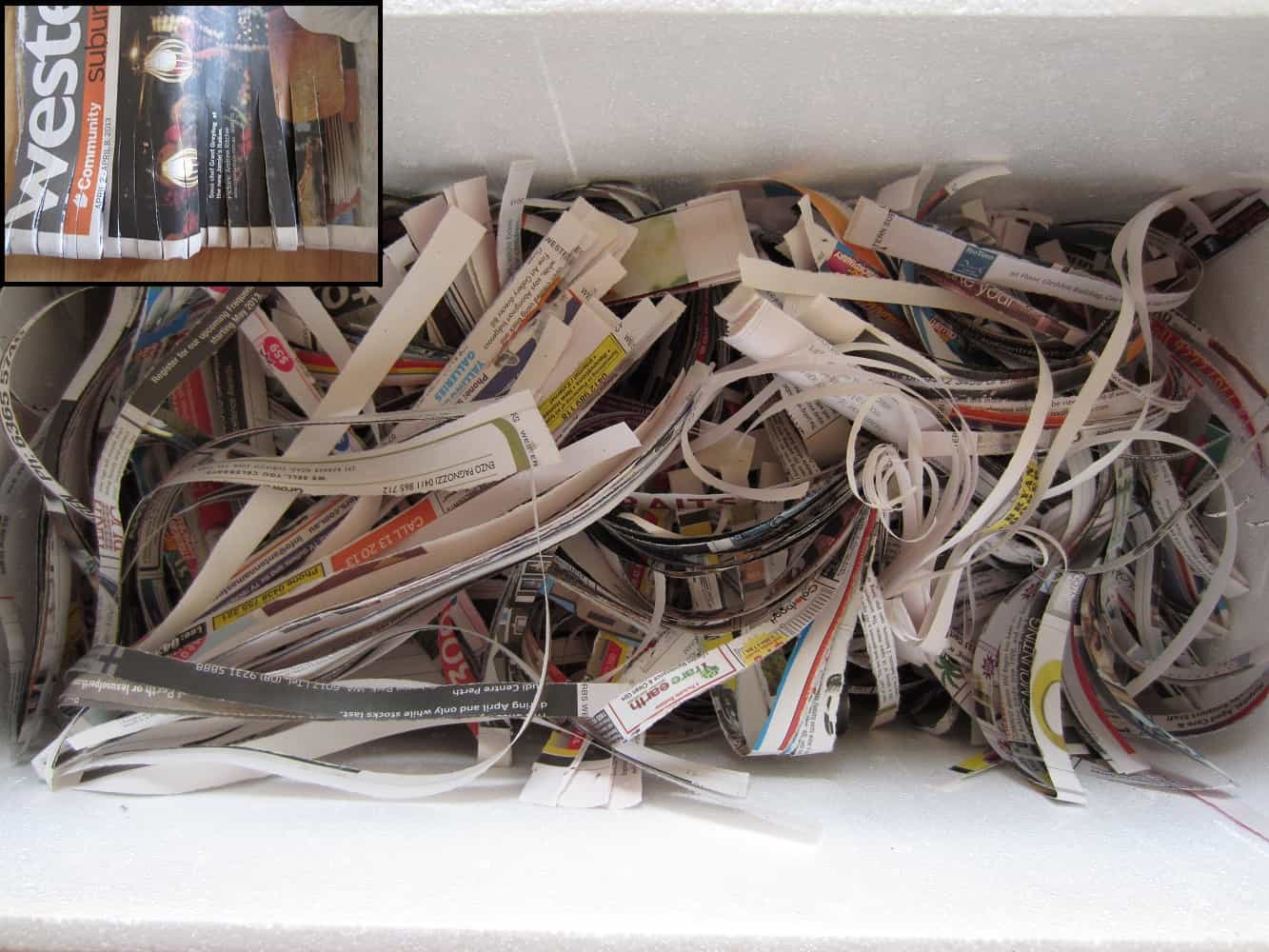 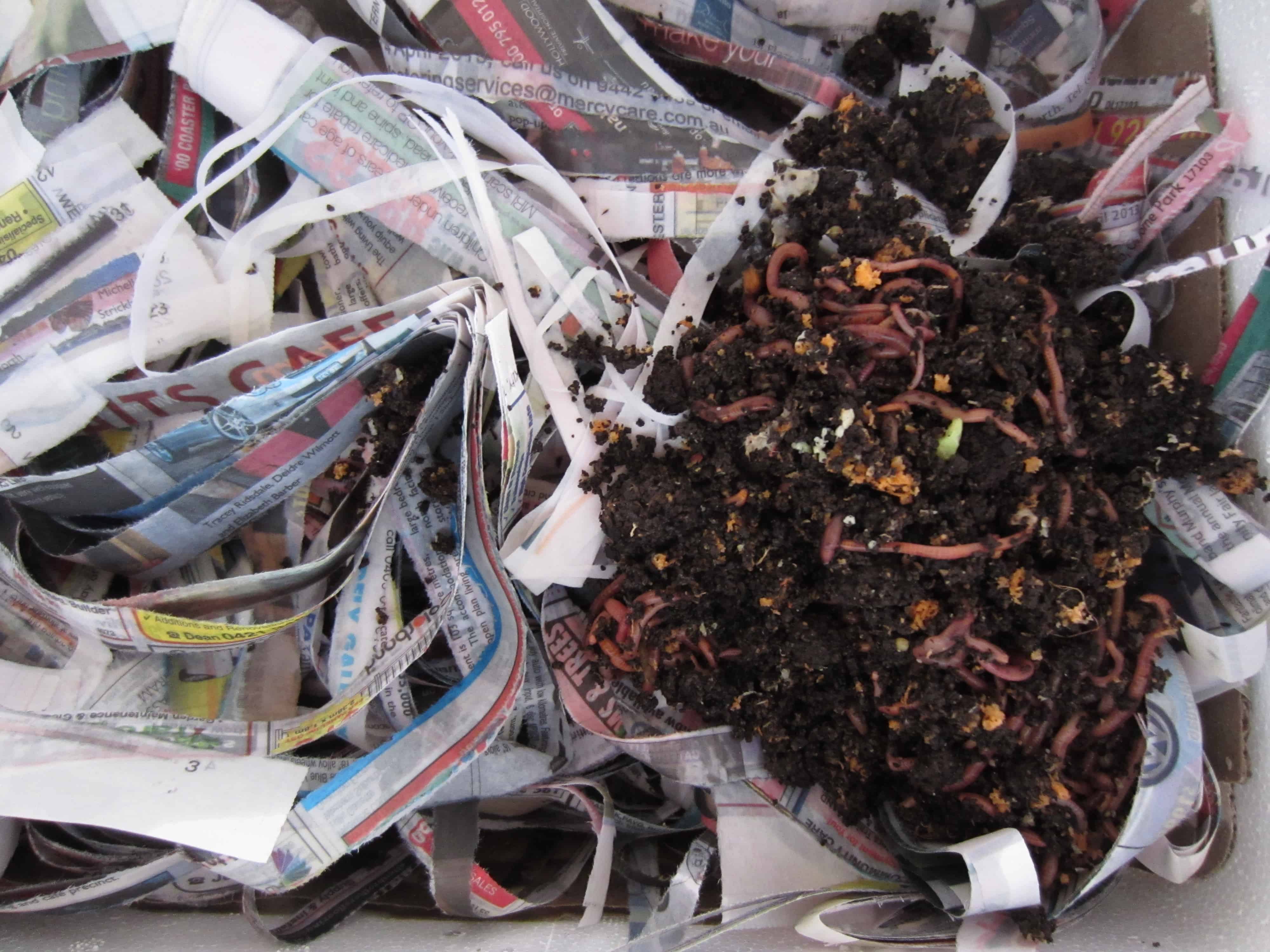 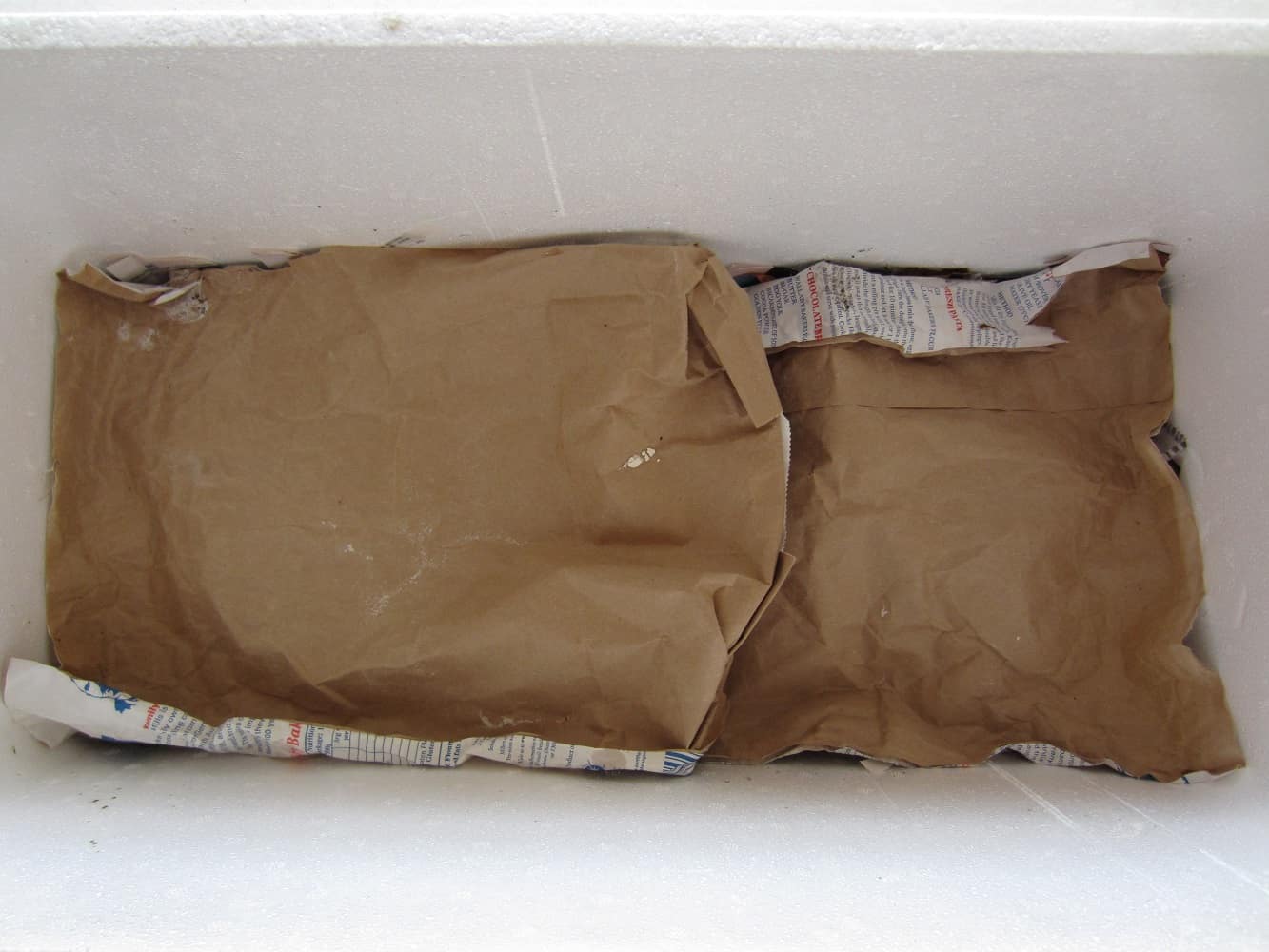 Lastly, replace the polystyrene box lid, after piercing a couple of holes for air, and place in a shaded spot. My worm farm lives on my balcony but it would be fine to keep indoors in a laundry or kitchen…if you wanted to! Do not feed the worms for a few days to give them a chance to settle into their new home.